Flying High: 5 Dumbo Ride Facts that Might Surprise You 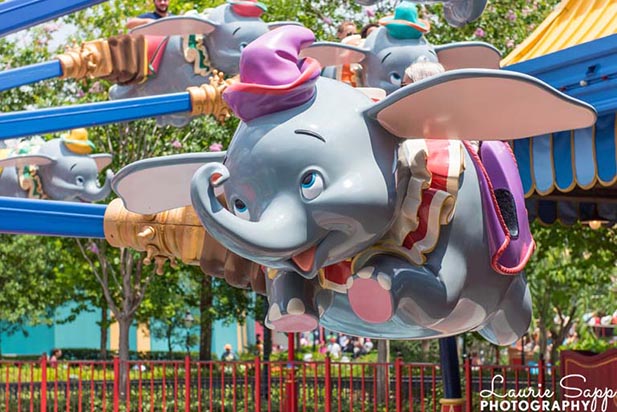 When I think of sweet, childlike, Disney nostalgia in the parks, the first attraction that comes to mind is Dumbo. From the phenomenal queue to the simplistic, yet adorable ride vehicles, Dumbo is truly an experience for children from one to ninety-nine.

I was recently watching one of my favorite Disney vloggers on Youtube, and they even chose to make Dumbo their infant son’s first attraction in the Disney parks! While the little tyke slept like, well, a baby the duration of the ride, his parents were misty-eyed with nostalgia and primed for memory-making. But the thing that makes elementary attractions such as this so special is, you guessed it, those sweet, sweet Disney details.

Scan your Fastpass (you got one, right?) and get ready to fly high on these fun facts about Dumbo The Flying Elephant that you may not have known!

Upon visiting Disneyland in California, Harry Truman refused to ride this jovial attraction as the elephant represents the Republican party.

While at the time, he probably did himself a favor by avoiding any jokes regarding him riding in a spinning elephant, it’s too bad he never got to experience this adorably thrilling ride.

2. The Queue is a Dream Come True!

If you thought restaurants own the patent on a pager waiting system, think again! You will receive your ‘ticket’ to the amazing Dumbo and enjoy play (or rest!) time in this incredible interactive queue. 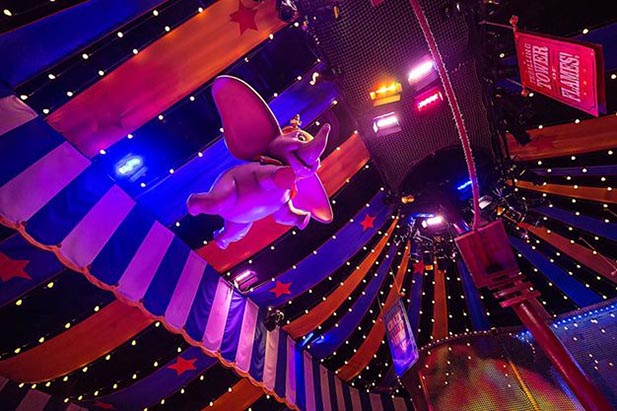 Inside the queue area of Dumbo at Magic Kingdom. Photo by Brett Svenson

With all of your favorite circus characters, including Dumbo (or Jumbo Jr.) himself, you and your little(s) can enjoy all of the excitement of the Big Top without ever having to leave the comfort of the most magical place on Earth.

When it comes to interesting attraction concepts, this one takes the cake. The grey elephant ride vehicles may be all we know, but the original notion for Disneyland, our beloved inaugural park, was to paint the ‘Dumbos’ pink! 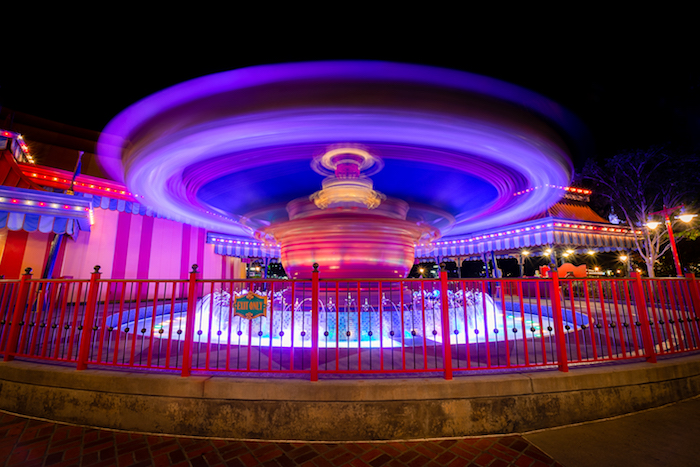 This decision would have been to represent the pink elephants that little Dumbo (and Timothy!) hallucinated after having a few too many sips of champagne. Not surprisingly, Walt was not too crazy about the idea and insisted the vehicles be grey. While I do understand his point of view on the subject, riding around in a pink elephant would make my entire day!

4. Opening Day and Here to Stay

Opening day attractions have such a special place in my heart; they remind me of why we all come to this happy place to begin with! 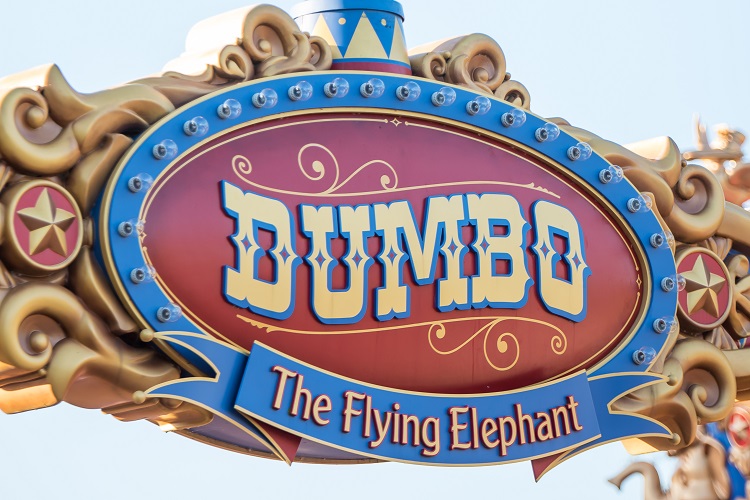 Dumbo was an original full-length Disney animated classic released in 1941, just four years after Snow White. Walt and friends knew it was a no-brainer to include this little elephant in opening day at Disneyland.

Along with The Haunted Mansion, Peter Pan’s Flight, and it’s a small world, to name a few, Dumbo was there on October 1st, 1971, to welcome guests into the Disney family.

If you are a fan of the nostalgia factor (as a Disney fan reading this, chances are likely!), you’ll want to take a trip to Tokyo Disneyland. 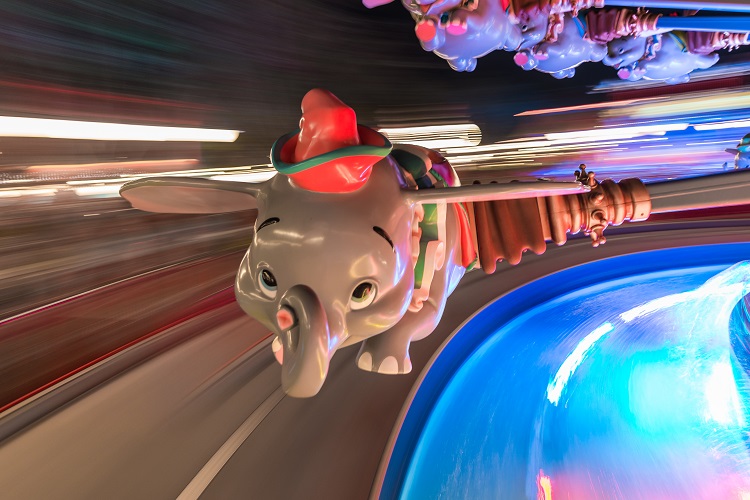 Dumbo flaps his ears all the way to Japan. Photo by Cliff Wang

There you will find a replica of the Dumbo the Flying Elephant attraction just as it was on opening day in 1971 in the Magic Kingdom. Disney is known for its elaborate, tiny reproductions of attractions and even parks we know and love, and this extends across the pond to every Disney park around the globe.

Much like “it’s a small world” or any of the other seemingly ‘kiddie’ rides in Disney World, Dumbo the Flying Elephant could be easily overlooked if you are not traveling with small children.

I strongly urge that you don’t bypass this stunning piece of Disney history the next time you are in the Magic Kingdom. Join me in rejecting the idea that slow, less ‘thrilling’ rides are for children of a certain age – Dumbo is an attraction for the ages as well as for Disney lovers of all ages.