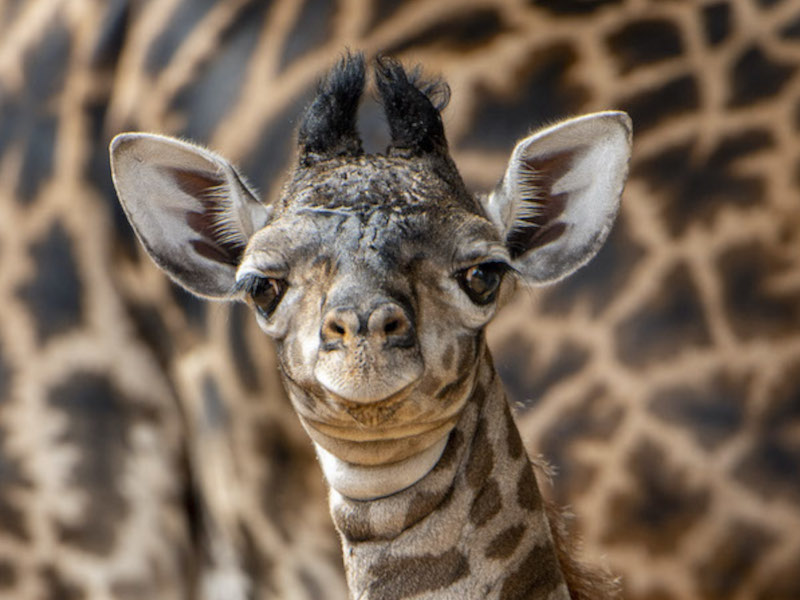 The boy, born on June 10, doesn’t have a name just yet. But according to Scott Terrell, he’s already got quite the personality.

Terrell, Walt Disney Parks & Resorts’ Director of Animal & Science Operations, describes the baby giraffe as “playful, curious, and pretty chill.” Sounds like he’d be a lot of fun at parties. 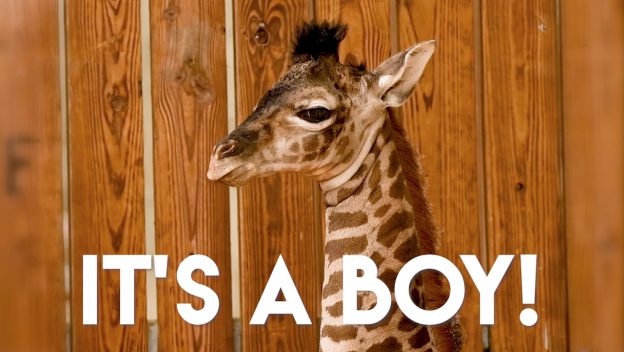 Despite only being less than two weeks old, the giraffe calf is already quite a biggun. Terrell writes that the baby boy stands almost 6 feet tall and weighs 183 pounds.

Though this precious calf is bigger than a lot of humans, he looks positively tiny nuzzling up to his mama, Lily. The proud mother is one of the graceful Masai giraffes you can spot (heh, spot) on Kilimanjaro Safaris. 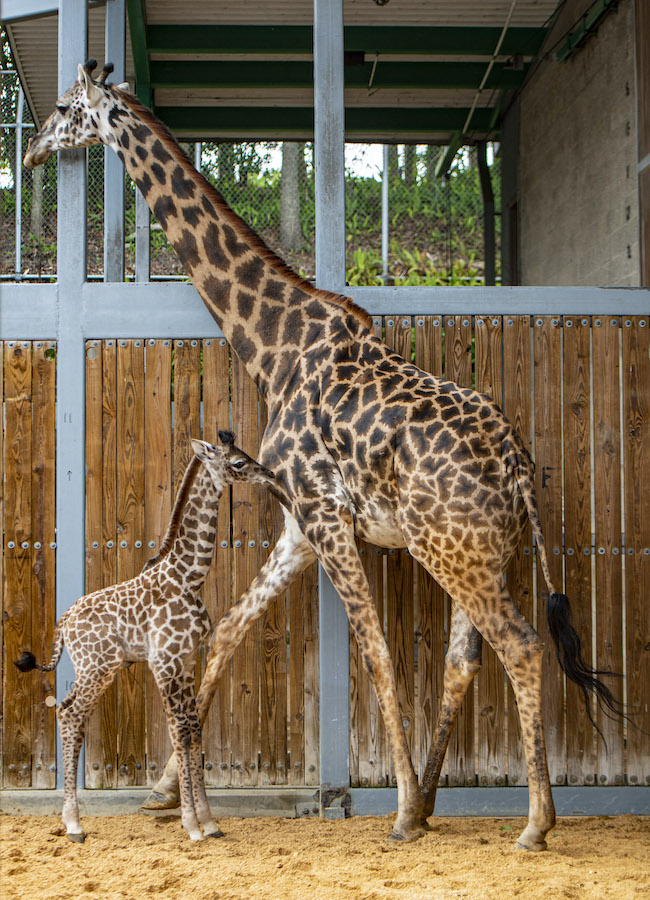 Speaking of spots, Masai giraffes are notable for theirs having a lacy-edged pattern that looks a bit like oak leaves.

Terrell notes that there are just 35,000 Masai giraffes left in the wild today. Giraffe populations continue to decline due to poaching and the destruction of their habitat.

Disney’s Animal Kingdom is working to help preserve the future of these majestic creatures. This most recent birth and all others in Animal Kingdom follow the Association of Zoos and Aquariums’ Species Survival Plan Program guidelines.

Lily and her baby return to Kilimanjaro Safaris 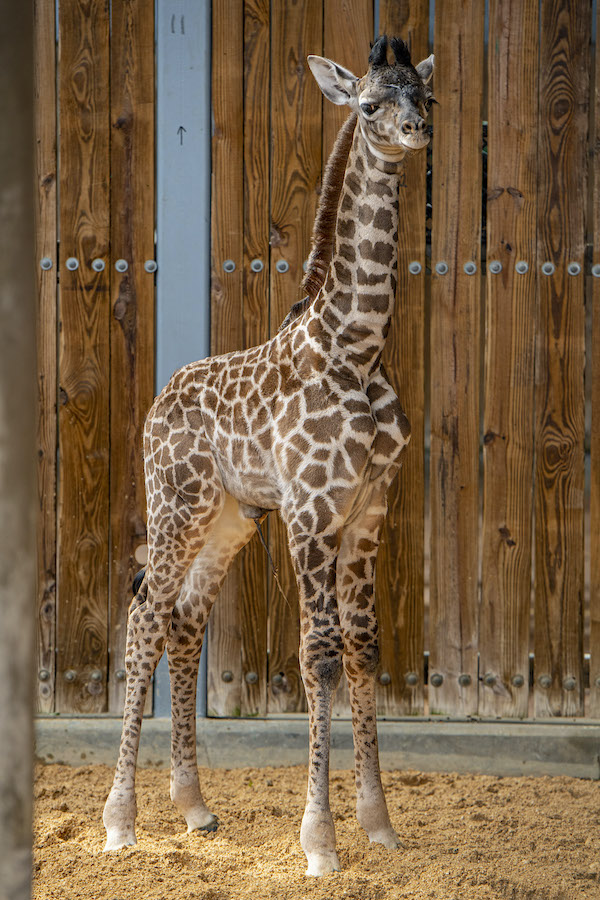 You can see this handsome boy on the savanna sometime in the coming weeks. Courtesy of Disney Parks Blog

If you’d like to be one of the first to welcome this baby giraffe to the world, he and Lily should be rejoining the herd in the coming weeks. You’ll find them out on the savanna at the Harambe Wildlife Reserve.

As for what this precious baby will be named? I’m going to stick my neck out here and guess it won’t be a giraffe pun. That’d be too spot-on. (Semi-related side note: Hope you all had a nice Father’s Day.)

What would you name the new baby giraffe at Animal Kingdom? Give us your best ideas over on our Facebook page!