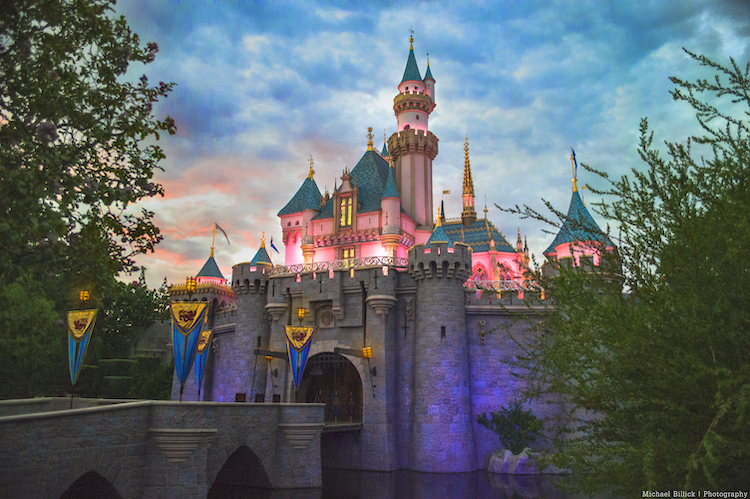 I love Disneyland. I visited California in 2015 with my best friend and Disneyland was our first stop.

We stepped foot in the park on July 17, 2015. Which was the 60th anniversary exactly! That was really special for us!

Look how little we look…it’s hard to believe that was 5 years ago.

There was something so special about walking through Disneyland knowing that Walt Disney himself walked through it as well. We had a big fan-girl moment!

We had promised each other on that trip that we were going to visit Disneyland every 10 years. I am really looking forward to celebrating the 70th anniversary with my best friend, which is only 5 years away!

While I was reminiscing about our trip to the original Disney park, I started browsing videos on YouTube of all of my favorite things we saw.

Here is a collection of my favorite Disneyland videos to whisk you to the park:

Admittedly Sam (my best friend) and I spent about a half an hour taking pictures in front of Sleeping Beauty castle… but we did spend a lot of time exploring the inside of the castle as well.

At WDW we can walk through the castle, but you can’t really explore it all too much. Even if you have a reservation at Cinderella’s Royal Table, you’re still very limited.

Take a look for yourself:

This song has been stuck in my head since we saw this parade all those years ago!

Don’t hate me… but I love this parade way more than The Main Street Electrical Parade! It’s almost the same idea.

The floats are huge, lit up and practically every character is featured in the parade. The only difference with this parade is that the music is way better and the floats are a little more modern.

At one point in the parade, Tink comes through on a float flying. It was my favorite part. Check out this video to see why I loved it so much!

This was a really cool ride to experience. I have been on Space Mountain at Disney World hundreds of times. When we boarded our cart on HyperSpace mountain, I think we were expecting the same ride we were so used to in Florida.

As soon as the ride started I realized I was very wrong. It was even better than Space Mountain. It’s unbelievable how much of a difference the soundtrack makes.

Not to mention the screen! Check it out here:

I am not ashamed to admit that I cried during this show.

This was the attraction that I was most excited to see. I had heard so much about how amazing it is, so I was really looking forward to it.

It turned out to be even better than I had anticipated. Disney found a way to put together something as simple as water and lights to make a spectacular experience for Guests.

No day at Disney is complete without viewing the fireworks show. It’s a perfect way to end a perfect day at WDW, and it is no different at Disneyland.

If you’re like me then you can watch the fireworks show every night and not get sick of it. I know this is true… because I did that every day for 3 months as a Cast Member in 2014!

Check out the outstanding fireworks displayed above Sleeping Beauty Castle in Disneyland!

Are you still missing Walt Disney World after your virtual tour of Disneyland? Why not subscribe to our magazine, and you can escape to Disney every month with our new edition!