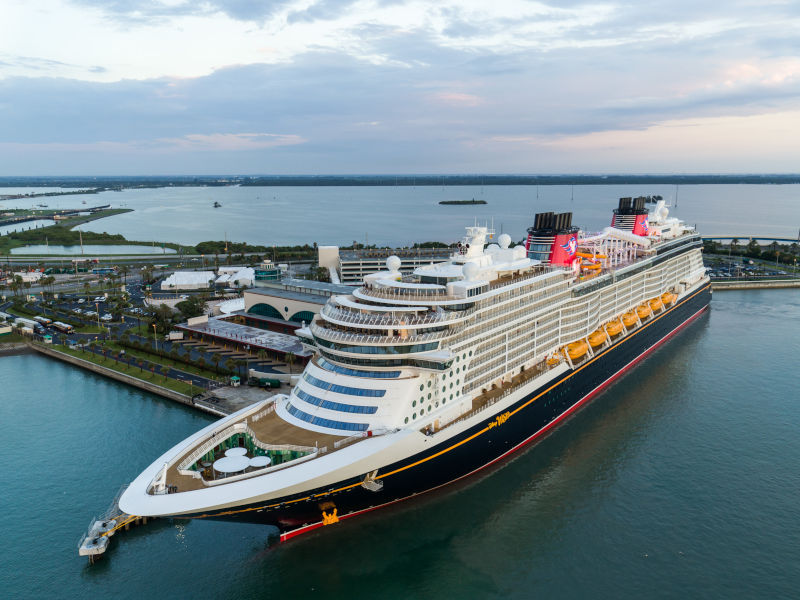 Today marked the special christening of the Disney Wish, Disney’s fifth and newest cruise ship in the Disney Cruise Line.

Port Canaveral was abuzz with excitement earlier today as Disney officially introduced its newest cruise ship, the Disney Wish, to the public.

Several members of the DCL Magazine team were in attendance to witness this special moment, which included a blessing of the ship from the Disney Wish’s godchildren (three lucky children from Make-A-Wish, a performance by Anika Noni Rose, and a special champagne pop with extra Disney fanfare. The entire christening event was also livestreamed.

All Aboard for the Disney Wish Christening

DCL Magazine CEO Stephanie Shuster was one of the lucky people to be invited to this special event. Here’s what she had to say about the christening of the Wish earlier today:

The christening was so exciting and full of joy! You could tell how excited Bob Chapek and Josh d’Amaro were to be welcoming everybody to enjoy the ship. The dance numbers were awesome, and the song that was performed is something I really hope they have onboard as part of one of the shows because it was a bop. It was so special to see so many characters from Disney, Pixar, Marvel, and Star Wars all gathered in front of the ship, and the virtual champagne pop with fireworks was a really fun surprise!

Now that the ship has been officially christened, Stephanie, along with a few other members of the DCL Magazine team, will embark on a three-night sailing ahead of the Wish’s actual maiden voyage on July 14. 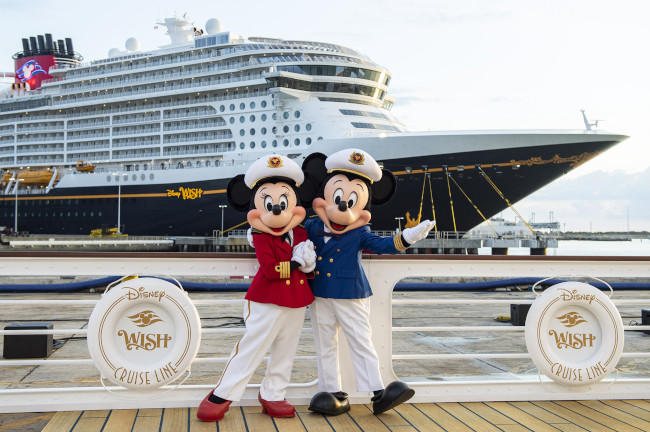 On the high seas, there’s a longstanding tradition of having a cruise ship godmother provide a blessing over a new vessel. For the Wish, Disney instead appointed three godchildren—specifically, three children from the Make-A-Wish program.

These three ambassadors (Colby, 10; Megan, 16; and Jenna, 13) had the honor of reciting the blessing of the ship. According to those in attendance, despite there being Disney Legends, Jedi, Disney Princesses, and the like in attendance, these godchildren stole the show.

After the blessing, Disney Legend Anika Noni Rose, famous for voicing Tiana in The Princess and the Frog, performed a rendition of “Wishes,” a Disney Parks ballad that fans know and love. From Stephanie’s evaluation, this was an inspiring moment, one that left guests with chills.

And finally, as part of the old maritime tradition, the Disney Wish christening closed with the ceremonial breaking of a champagne bottle. Except, Disney being Disney, this one was extra special. The champagne pop was “plussed” with special effects, music, and pyrotechnics.

About the Disney Wish 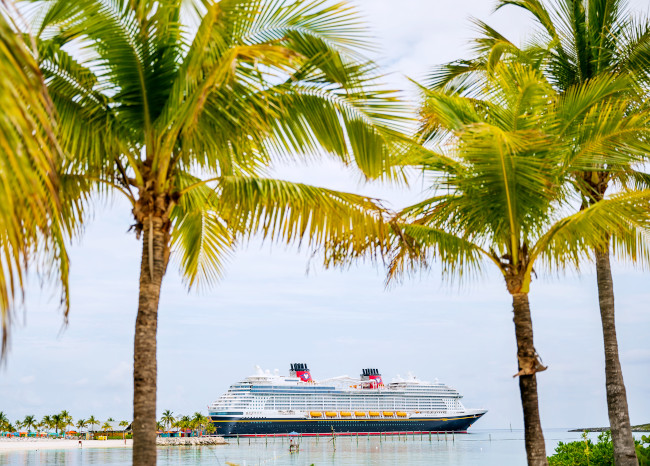 As Disney Cruise Line’s fifth ship, the Disney Wish offers no shortage of adventure, with unique character encounters with favorites from everything from Frozen to the Marvel Cinematic Universe, delicious meals at restaurants like 1923, and constant activities onboard (from spa encounters and kids clubs to interactive experiences like Uncharted Adventure).

Sound like your kind of vacation? Find itineraries and booking information for the Disney Wish online.

Thanks to Disney for hosting us during the Christening Cruise of the the Disney Wish. As part of a media preview we were able to enjoy a 3-night sailing, tour the facilities, speak with Imagineers and Cast Members who brought the ship to life, visit Castaway Cay, and enjoy many of the onboard offerings. #DisneyCruise #DisneyWish #DisneyChristening