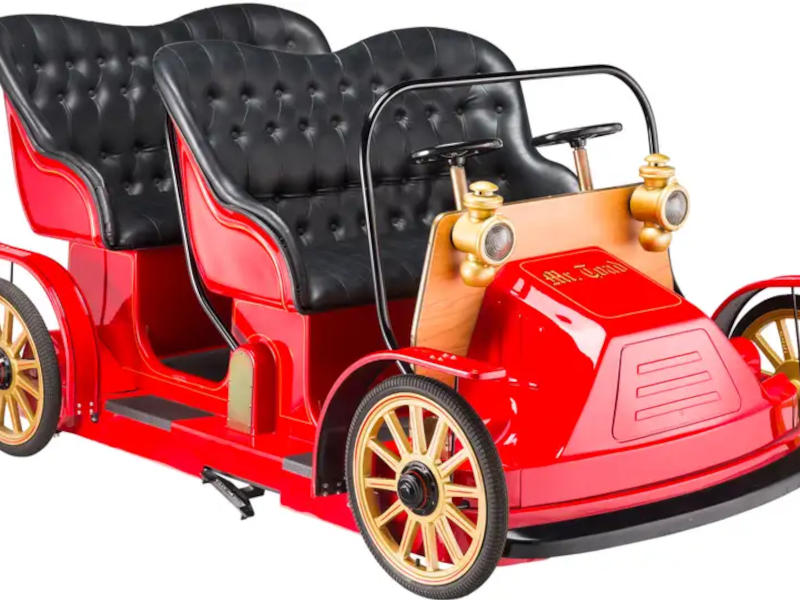 Got a spare couple tens of thousands of dollars lying around? If you were the highest bidder in this recent Disney memorabilia auction, you could’ve turned your backyard into a mini Disneyland.

Hosted by Heritage Auctions, the auction featured 45,000 (yes, you read that right!) pieces from a Disney park collection belonging to Scott and Terry Rummell.

Want to know what the big ticket items in their Disney memorabilia auction sold for? Or just feeling nostalgic for all things vintage Disneyland? Keep scrolling for the photos. 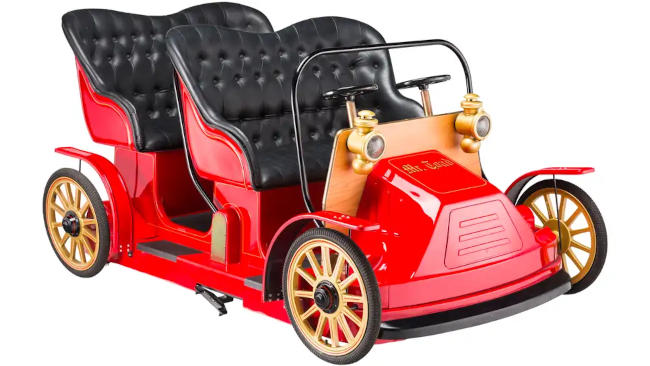 An authentic buggy from Mr. Toad’s Wild Ride that’s been repainted and restored (the headlights really work!). This one dates back to 1993 and was sold for a whopping $87,000! Yeesh. We’ll have to stick to showing our allegiance to Mr. Toad with the more affordable offerings at Friar’s Nook (remember THAT burger?). Sold For: $87,000 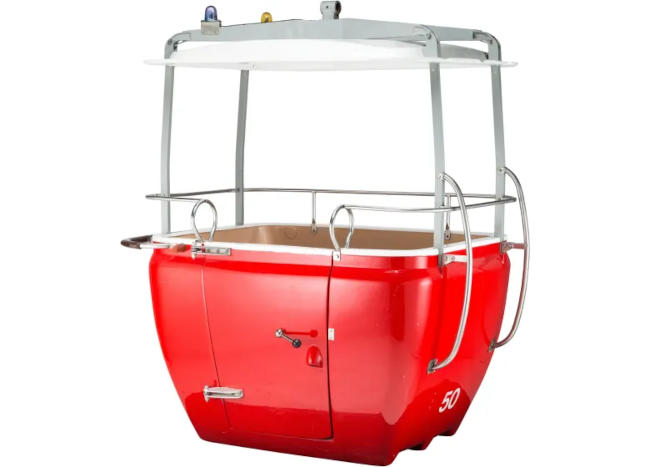 Dating back to 1965, this Skyway Gondola is a rarity. Not only are these vehicles difficult for collectors to find (especially with all its pieces), but this one was likely used at both Disneyland and Walt Disney World. Sold For: $162,000

Autopia is constantly reinventing itself with new vehicles. That’s what’s so cool about seeing this 1967 model. While it may not be functional anymore, it does comes with an original Autopia Mark VII insignia. Sold For: $180,000 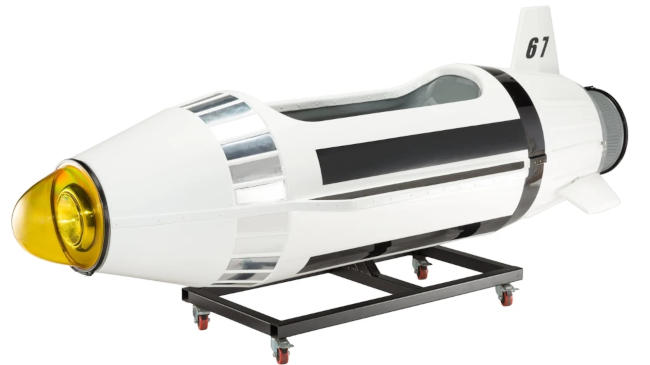 If you were a kid and aspiring astronaut in the late 1960s, you probably rode Disneyland’s Rocket Jets attraction. 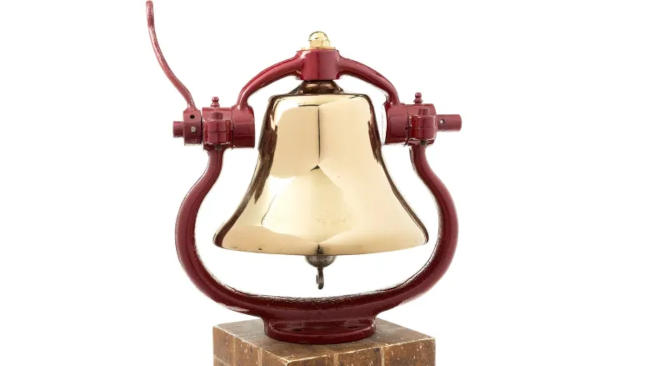 Definitely not a ride vehicle, but this bell was used on one. It was originally found on the Rainbow Caverns Mine Train attraction in Frontierland and later as a decoration on a Disneyland food court when the original attraction closed. 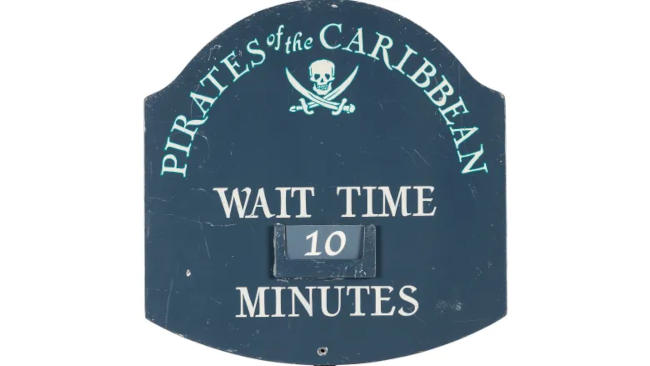 Dead men tell no tales, but if you were able to score this vintage Pirates of the Caribbean sign, you know you’d be telling everyone you know. Psst! You know the ride is reopening at Disneyland soon, right? 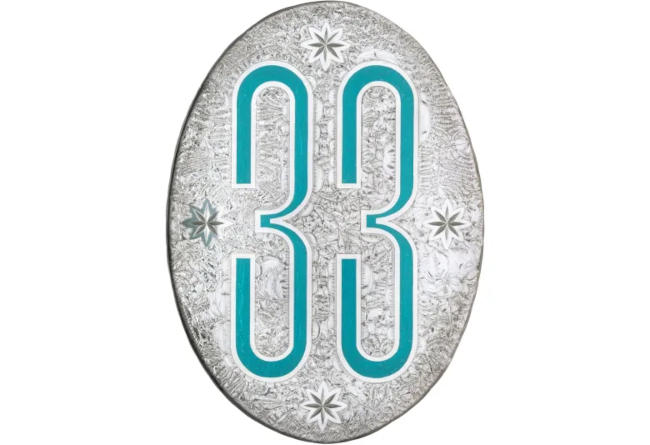 The secret’s out on this one! A sign from Disneyland’s exclusive and secretive members-only club was also included in the Disney memorabilia auction. 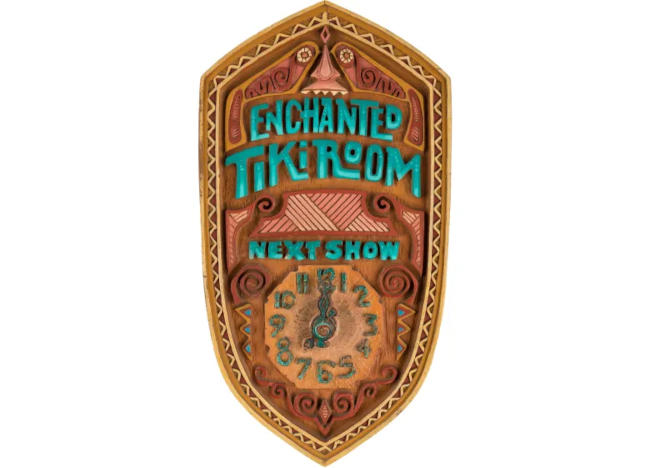 The perfect decoration for a Disney fan’s summer pool party. All that’s missing are the animatronic birds and flowers.

Speaking of summer parties, what about a barbecue? This vintage sign shows what Big Thunder Ranch was serving back in the 1990s.

Miscellaneous Items Up For Auction 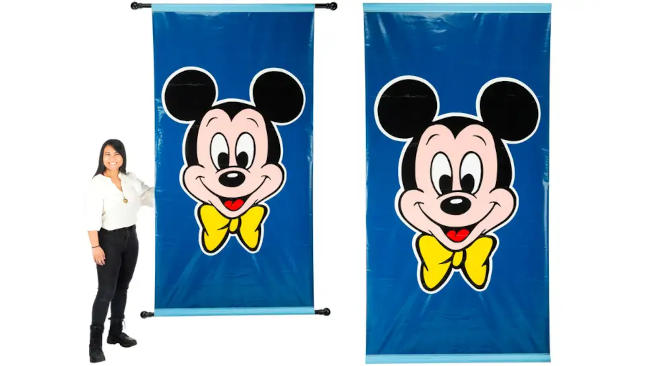 This banner was originally hung on the Sleeping Beauty Castle. This is one banner in a series that originally included banners of the rest of the Fab Five. 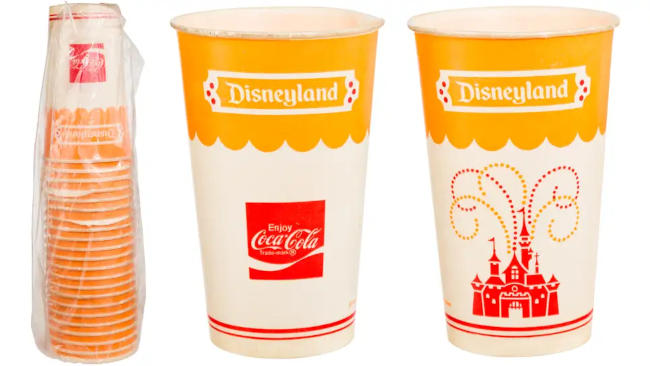 Imagine “A Day at Disneyland” for the low, low price of  … $2.50. Wouldn’t it be nice if the park still accepted these attraction tickets? The current Walt Disney World ticket prices aren’t cheap, after all!

Anything From This Disney Memorabilia Auction Catch Your Eye?

Are you getting major FOMO from any of these auction items? While these collectibles have already been scooped up (at those prices!?), we’ll stick to window shopping. Our wallets will be much happier for it.

Feeling nostalgic for your happy place? Subscribe to WDW Magazine to relive your favorite Disney park memories any time you want. We have a Disneyland Magazine coming soon too!