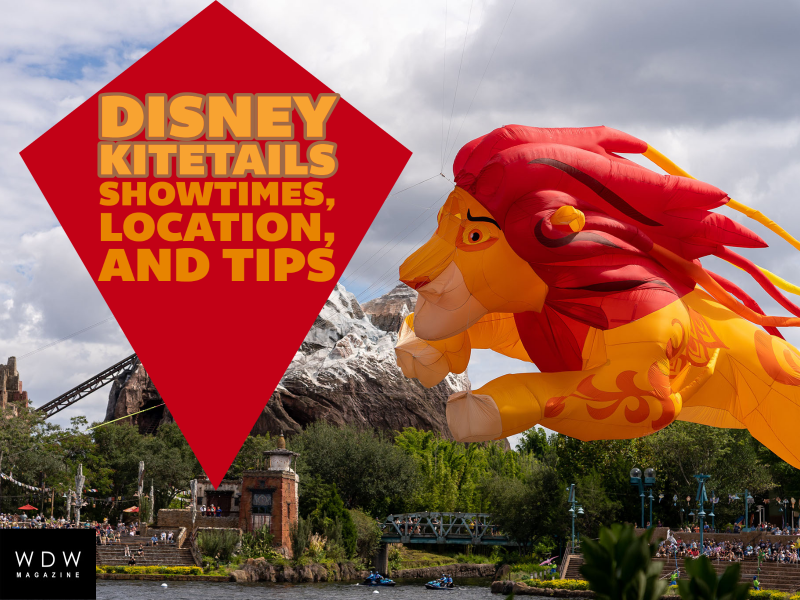 Get info on KiteTails showtimes, where KiteTails is located, and tips for a successful viewing experience of Animal Kingdom’s latest show in the details below.

KiteTails is the newest show at Animal Kingdom, and it brings color, music, and unexpected delights to parkgoers throughout the day, making excellent use of the Discovery River Lagoon and giving guests a reason to trek across the park time and again to catch not one but two different show variations.

While the biggest buzz from the 50th anniversary entertainment certainly hovered around Disney Enchantment and Harmonious, I found KiteTails to be spectacular. After receiving a special media preview of KiteTails before its official launch (thanks, Disney!) on Disney World’s 50th anniversary!, my husband (and WDW Magazine co-owner) Danny and I made it a point to catch two more performances over the next two days.

From those experiences, I’ve compiled these KiteTails tips for maximum viewing experience, as well as some basic details about KiteTails showtimes and KiteTails location within Animal Kingdom.

Want more of an inside scoop on everything Disney World 50th? Our January 2022 issue will celebrate the 50th anniversary at Walt Disney World, plus our 100th issue as a magazine! Subscribe by the end of the year to make sure you get your copy of this sure-to-sell-out issue. Just $8/month! 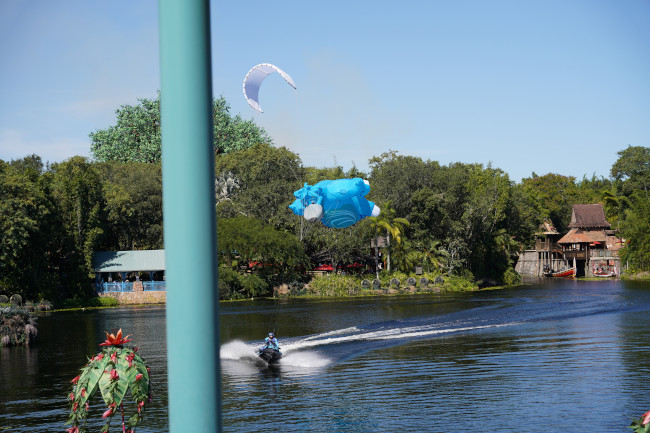 Everything you need to know about Disney KiteTails at Animal Kingdom, the TL;DR version: 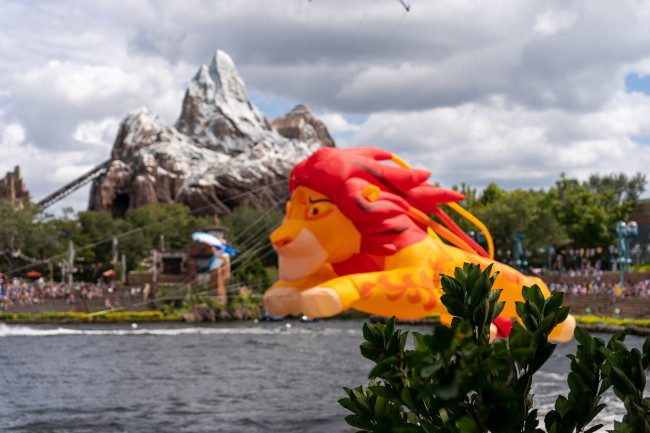 As of publication, KiteTails is currently offered at the same times each day, every day, regardless of day of week. For the most up-to-date KiteTails showtimes, check My Disney Experience the morning of your visit to Animal Kingdom.

Related: How to strategize your Animal Kingdom rope drop

Each day, Disney offers six showtimes for KiteTails: one in the morning, four in the afternoon, and one in the evening. 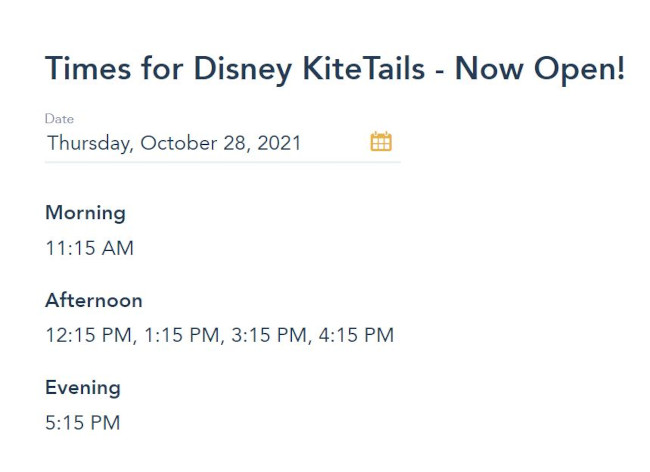 For the most part, KiteTails runs every hour on the quarter-hour, save for 2:15, when Baloo and Zazu are probably grabbing some lunch. 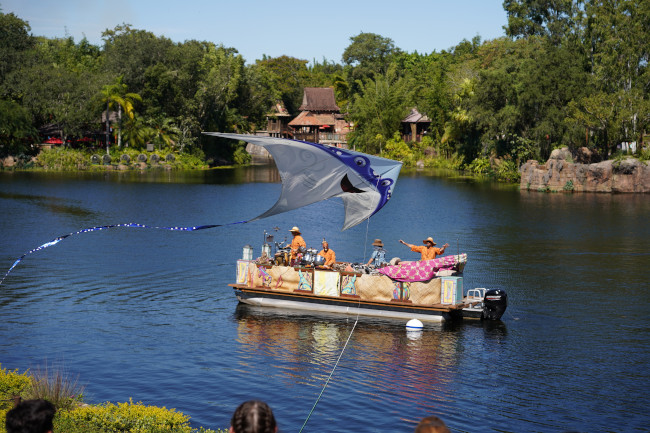 While everyone rushes left to Pandora or straight past the Tree of Life to Kilimanjaro Safaris, you might be less familiar with where to find KiteTails. There are some signs as you get closer to the amphitheater near Theatre in the Wild, but if you don’t know your way around, consult a park map or My Disney Experience on your phone and head toward Expedition Everest. There’s a big open body of water where the show takes place. 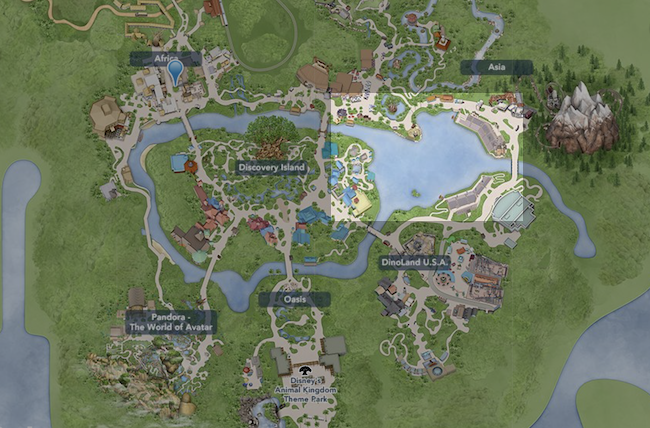 Where is KiteTails in Animal Kingdom? Map courtesy of Disney

When you get there, seating is easy to spot along two portions of the waterfront. Not sure where to sit? Head to the areas circled below and find a seat. 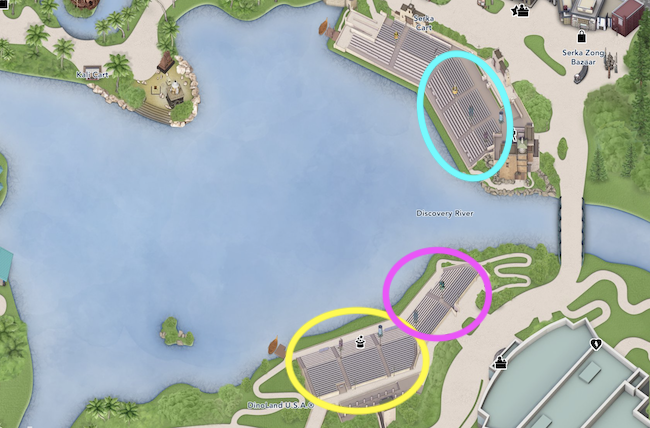 Where to sit for KiteTails at Animal Kingdom. Map courtesy of Disney 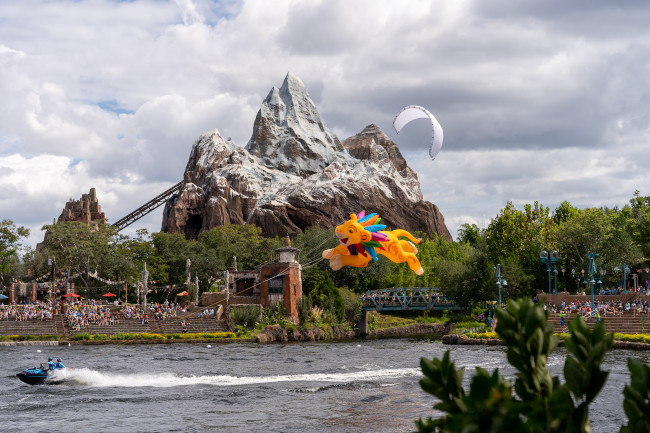 So you know when and where to watch KiteTails, but how can you make it the most worthwhile experience?

1. Find the Best Seat in the House

There are lots of great spots from which to watch KiteTails, including an overlooked “secret” area I discovered. In the map below, take note of areas 1, 2, or 3; these are the designated seating areas for KiteTails. The launch points for the extra-big kites are at point A and B. 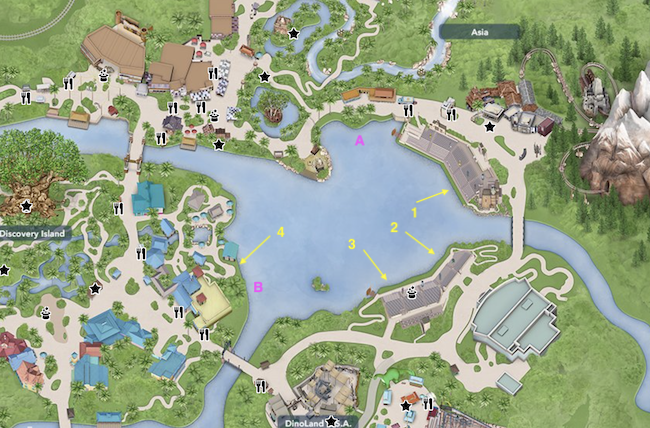 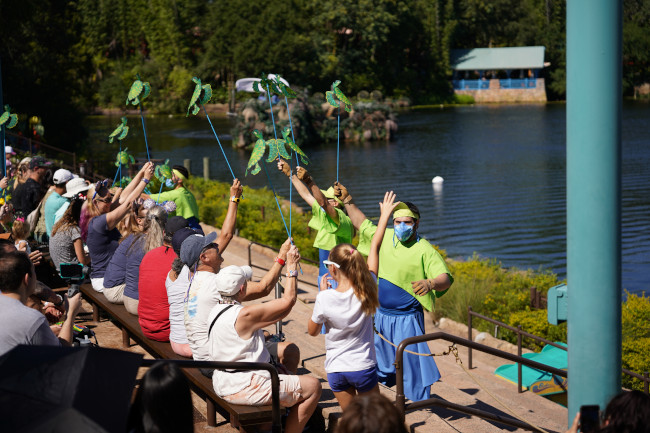 As for that “secret” KiteTails viewing area (did you think I’d forget to fill you in?), check out Area 4 on the map. It’s actually part of the seating area for Flame Tree Barbecue! If you’re having lunch there, snag a waterside seat and catch the show while you eat! 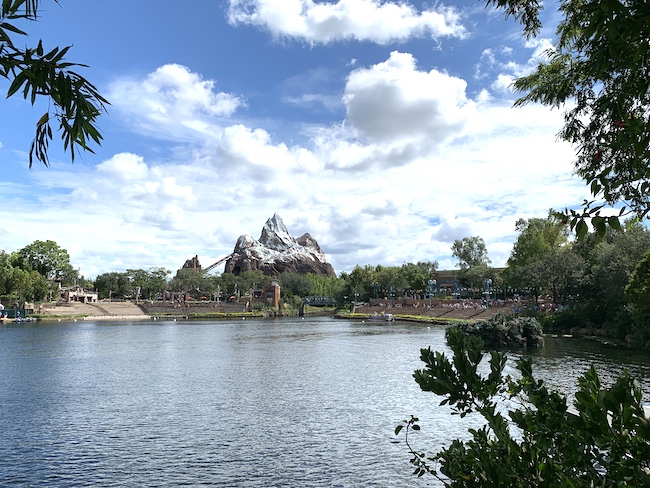 The view of the water where KiteTails plays out from Flame Tree Barbecue. Photo by Steph Shuster

2. Choose the Right Time to Watch 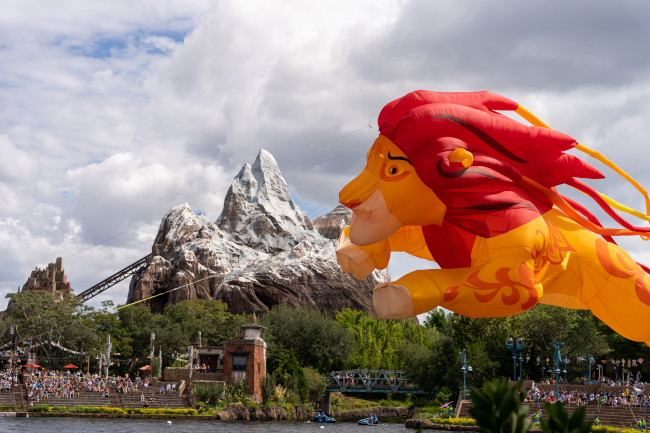 KiteTails is performed several times each day (KiteTails showtimes are on My Disney Experience and detailed above), and the show switches back and forth from The Lion King to The Jungle Book.

When I visited, there was no indication about which show we would be seeing, but we just hung around nearby after the first show to catch the second (you could get a snack, hop on a quick ride at DINOSAUR, or do some shopping in DinoLand USA to stay close!).

There are a few considerations for when to watch it. 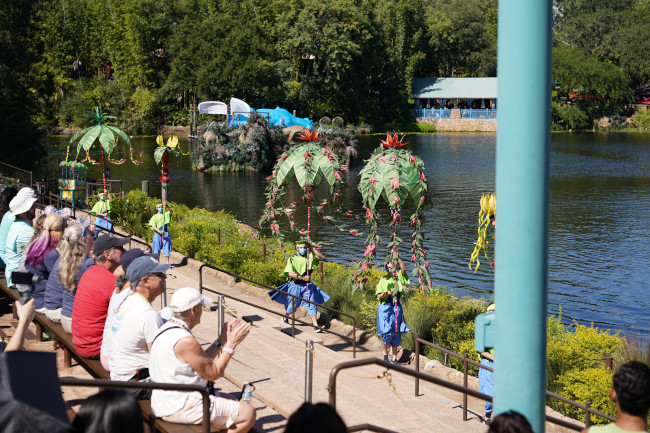 Kids are going to love this show: It’s bright and colorful, there are lots of laughs to be had as the kites swirl overhead, and even if they aren’t familiar with the Jungle Book and Lion King characters, they’ll understand that cartoon animals are being represented in the kites.

The music is catchy, there’s nothing scary, and the short 10-minute run time (factor about 20 minutes if you catch the pre-show) is perfect for tiny attention spans. If your little ones are afraid of fireworks or have early bedtimes, this is an excellent alternative to Disney’s fireworks shows that still gets them looking to the skies in wonder.

If your kids are adventurous, make sure you catch the pre-show. There are some simple kites that play along to “Under the Sea” and “Kiss the Girl,” then some wonderful turtle puppet kites (even ones your littles might get to hold!) featuring Crush and Squirt from Finding Nemo. Cool, dude!

Like I said, as of now, Disney isn’t announcing which performance occurs during each of the KiteTails showtimes. For now, you have to rely on luck to see your preferred show, but trust me, both shows truly are worth seeing.

If you can only catch one, however, and can predict which version is showing when, consider the following when deciding between KiteTails performances:

Whichever show you see, I don’t think you’ll be able to leave without a smile on your face after seeing the latest unique show at Disney’s Animal Kingdom.