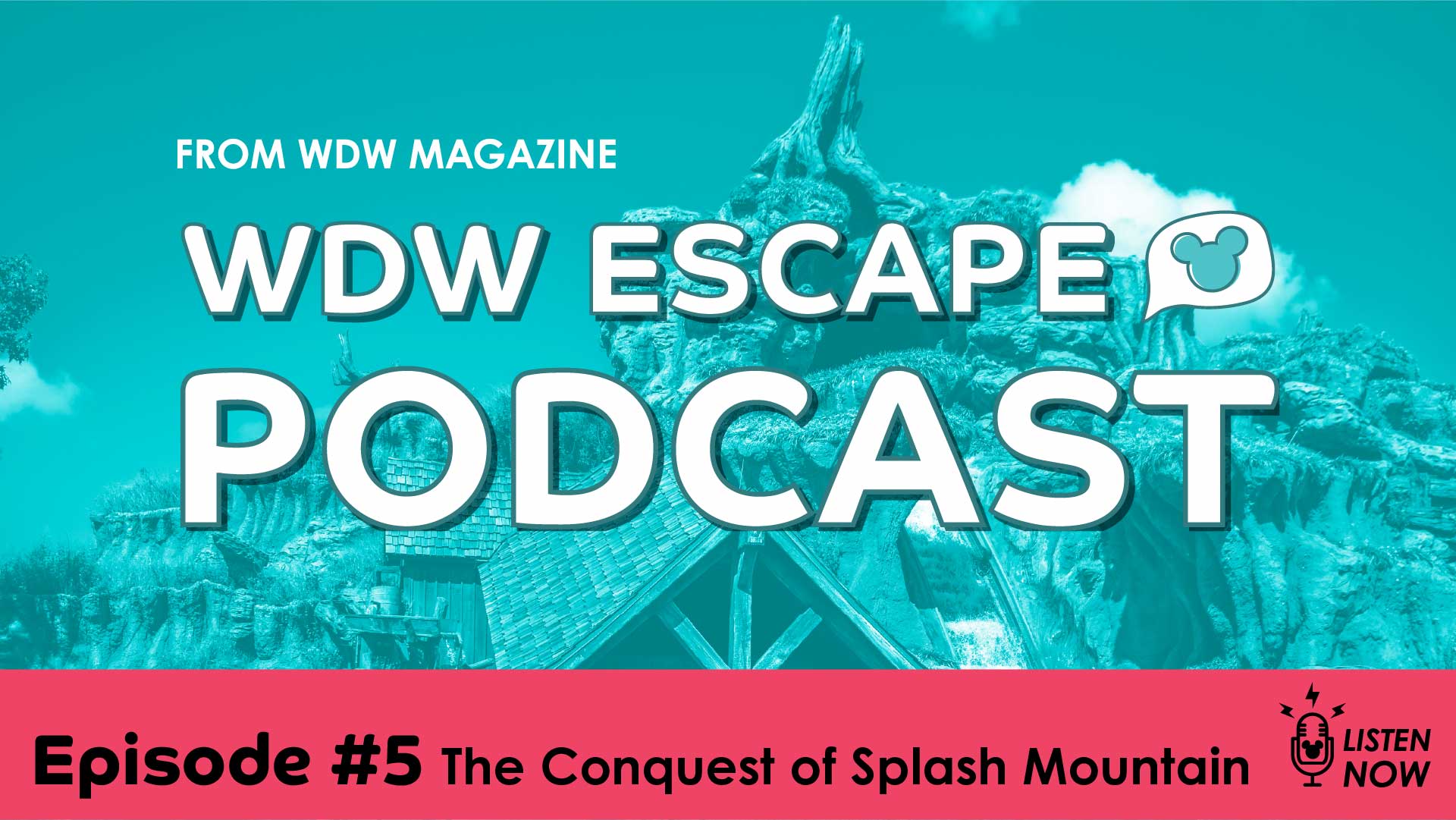 This week on WDW ESCAPE, we’re going back to the very first time we rode Splash Mountain — and conquered it!

For more info on WDW Escape, click here—or listen to all our episodes. Listen to today’s Conquest of Splash Mountain episode while following along with the transcript and photos below!

My first trip to Walt Disney World was as a grown-up, and as much as I love the place myself, a lot of the experience of our trips from our home in Ontario have been through the eyes of my kids, now nine and twelve.

We’ve been lucky enough to make a few trips over the years, and every time there are new dreams, new goals and new achievements as they get bigger and try new things. But not everything comes easily, even at the Most Magical Place on Earth.

The first time we went, my son was seven and my daughter was four. They didn’t have much of a history with rides, but what happens in Disney stays in Disney, I guess and they took to them right away.

Of the two, my son was the more cautious, and there were a few things around the Magic Kingdom that seemed like something for another visit. 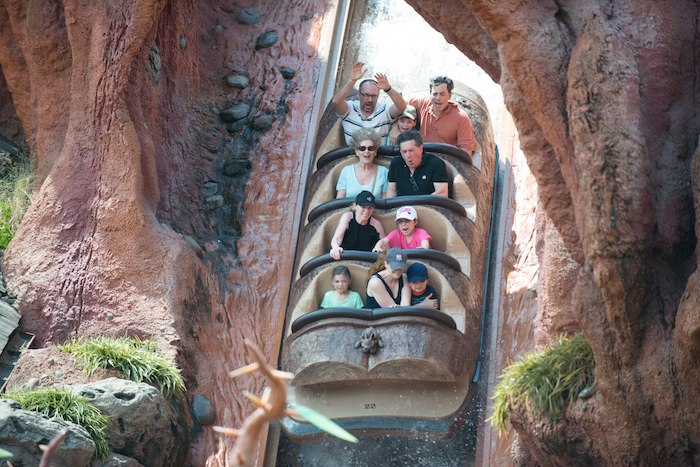 We stood near the dock to Tom Sawyer Island for a while and watched boatloads of happy screamers plummet down Splash Mountain. “Let’s never do that!” my son declared, but my daughter said nothing, which is sometimes her way. She just watched the logs fall, a notion forming in her mind.

A year later we were back again, and this time she declared, much to our surprise that she was ready for the Conquest of Splash Mountain. Of course she revealed this in the middle of our last day at the Magic Kingdom, and my wife and I were none too sure if she was serious about it. 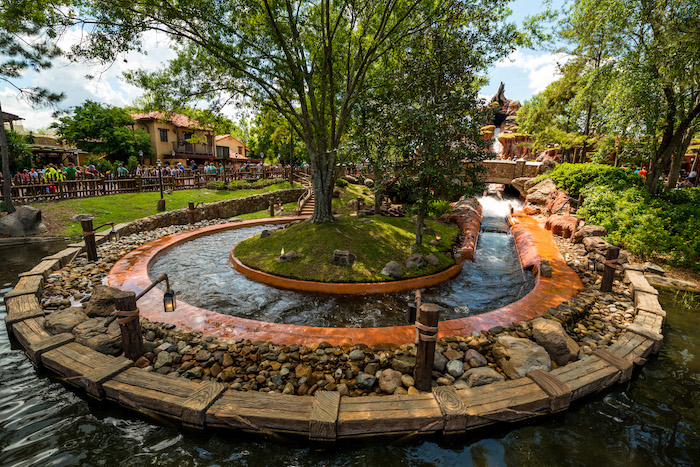 Parts of Splash Mountain may seem calm, but don’t be fooled! Photo by Cliff Wang

There was a moment when the lines were short and we should have pounced on it, but we didn’t, and it just wasn’t meant to be. She had a great day, and she’s always been one to focus on the positive, but I could tell that she meant it when she vowed “Next Time.”

Except it didn’t quite turn out that way. The next trip was long booked when we found out that Splash Mountain was going to be closed for refurbishment during our stay.

We explained that everything needs fixing up from time to time, and she accepted it, but it didn’t help that the final day of our trip was the last day of the closure, and they were running empty cars down the mountain all day, as if they could open up again at any moment.

“It’s mocking me,” she said seriously, and I knew that she meant it.

This had become her white whale, the thing that she would not be denied again.

Now, over the course of these adventures she had done so many amazing things, and she never once complained; but as a Dad, that’s just the kind of thing that makes you even more determined to make the magic happen.

So of course on the next trip I was armed with a FastPass, but that was for a later day, and I was taking no chances.

Which is why the whole family found ourselves at the bridge to Adventureland, listening to the Opening Ceremony and waiting with a pack of happy rope-droppers. My wife and son chatted and made plans for the day, but my daughter stood quietly waiting and squeezing my hand. 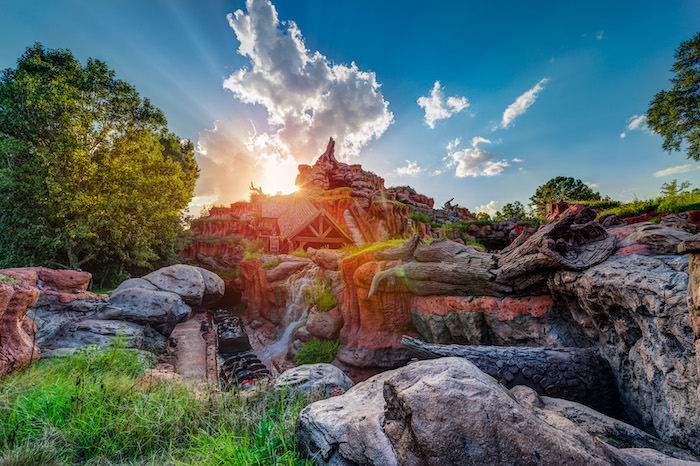 It was finally time to conquer Splash Mountain. Photo by Cliff Wang

This was it. This was the big one. Splash Mountain was going down.

Moments later the cast members had delivered us to Frontierland and we were off. In the door, through the tunnels, never so much as a slow moment. A pure walk-on. The family buzzed with excitement, but not my daughter. She was silent. The wait was almost over. 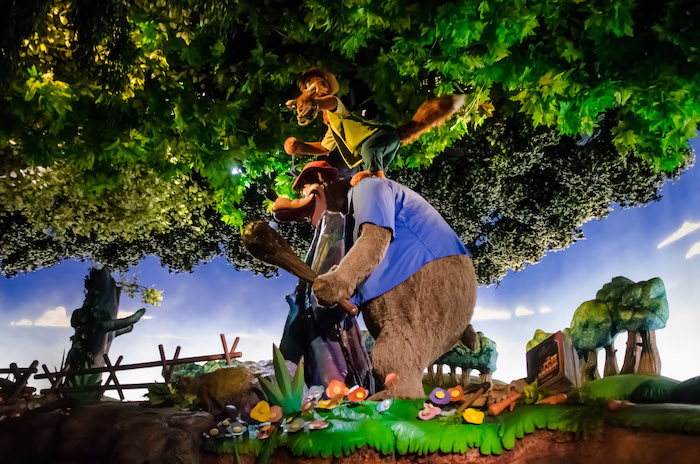 Splash Mountain tells a fun story, even if you don’t know the characters. Photo by Laurie Sapp

Like most kids their age, they had no idea who these characters were, and they didn’t mind one bit. The ride told the entire story and they loved it so much they forgot what was coming. 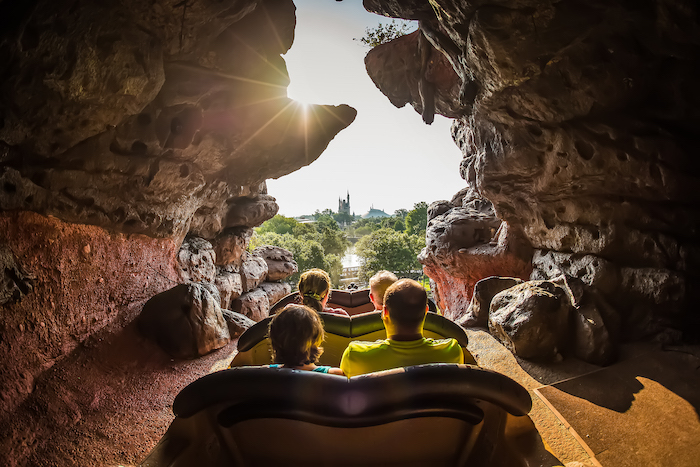 The drop is the best part! Photo by Brett Svenson

Soaking wet and well satisfied. One big finale and we were back where we started. She had only one thing to say.

Disney is great at making lines comfortable, and even entertaining, but nothing is quite as magical as when they don’t exist at all.

Back to the entrance and another ride, just as fast as we could walk. And then a third. And a fourth. “Again,” my daughter said. My son pointed out that we were right at Big Thunder Mountain and maybe we could diversify a little, and she agreed.

Two quick voyages on the Wildest Ride in the Wilderness and we were back at the gates for one more log ride to victory. This time we almost slowed down a little as we entered, and it was clear that the rope-drop magic would soon lose its power.

We reached the end of the adventure one more time and I asked if she was satisfied at last.

She did not exactly answer, but she did squeeze my hand and ask if we could go to Haunted Mansion, knowing full well that it is Daddy’s favorite ride.

“I’ll take it,” I thought was we set out for the rest of a magical day.

The Conquest of Splash Mountain was complete at last.