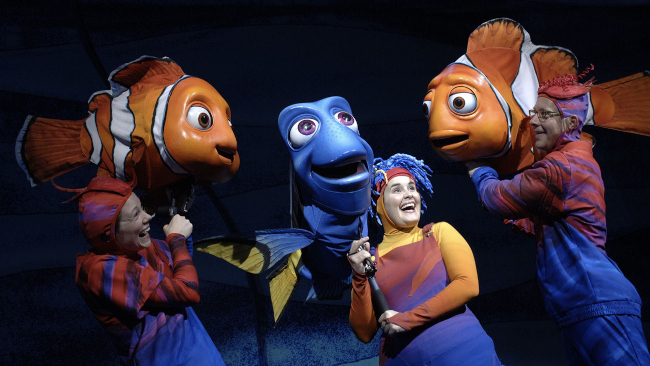 A new Finding Nemo show is coming to Animal Kingdom and we’ve got the inside scoop.

Finding Nemo: The Big Blue… and Beyond! features updated story elements and the addition of a familiar character that we’ve met before. How’s that for a teaser?

Is it a revival? Should we call it a comeback? Is it an entirely different musical altogether?

How Long Is The New Finding Nemo Show?

The new Finding Nemo show clocks in at 25 minutes. Now, we know what you’re thinking. That’s quite a bit shorter than Finding Nemo — The Musical’s 40-minute runtime.

But a shorter show has its advantages. For one, the condensed format makes it a great choice for families with small children. 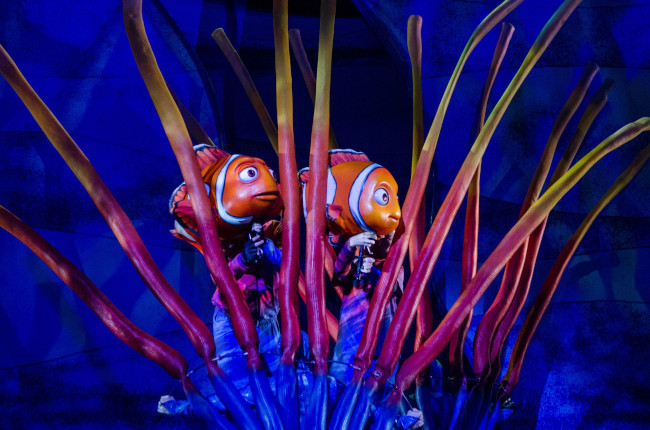 Marlin and Nemo in the original Finding Nemo — The Musical show. Photo by Laurie Sapp

The representative at the media event told Stephanie and Danny that the condensed runtime also allows for a deeper and more immediate connection to the emotional journey. You feel the anguish of Marlin losing his son in a much more heightened way. (No wonder both Finding Nemo and Finding Dory earned spots on our top Pixar tear-jerkers list.)

While the story will be new in parts (likely updated with elements from Finding Dory), the songs will be the familiar sea shanties we love.

We’re pretty confident that fan favorites like, “In the Big Blue World” and “Go with the Flow,” will return along with other songs from the first musical.

Oh, and of course, there’ll be puppets. How could there not be? 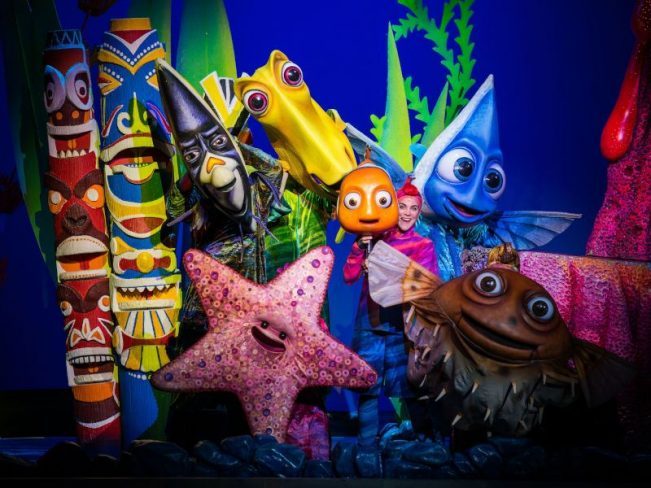 Who’s joining the cast of characters we first met in Finding Nemo — The Musical? Photo by Cliff Wang

Non-spoiler alert. Nemo’s in this one. Okay, but seriously. Here’s what you really want to know.

We hear that one new character is set to join the new Finding Nemo show. Disney is keeping the identity of this character under wraps for now, but we’re told it’ll be someone we recognize.

Stephanie speculates that this mystery sea creature could be someone who appeared in Finding Dory. Hank or Bailey, perhaps?

The show’s representative wouldn’t confirm any guesses but confirmed that it’s a character from the franchise. Not a newly-created character. 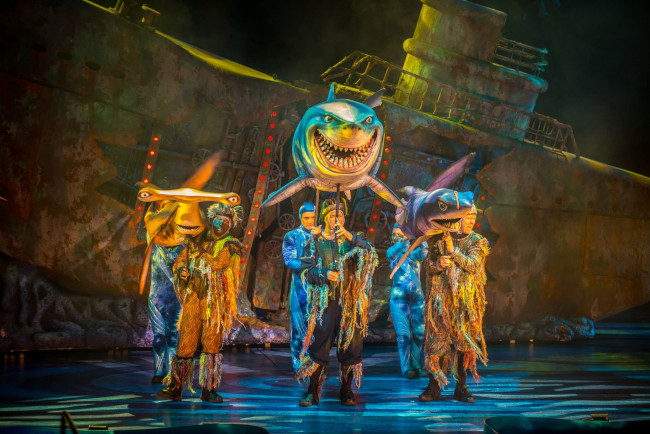 One of the impressive set pieces used in the original Finding Nemo — The Musical show. Photo by Cliff Wang

At the media event, Disney provided some more details about the updated stage design.

The production team is really proud of the way they’ve harnessed the power of technology in this new show (some of which didn’t even exist 15 years ago when the show first debuted).

When you see it, you won’t be able to miss the huge screens that have been added to the stage.

We know that news might be worrying for some. Isn’t this a puppet show?

We’re told that the screens aren’t there to remove what we loved about the original Nemo show.

Instead, they’re extending the set so you can have a deeper experience and fully immerse yourself in the underwater world. These screens may have waves, fish, coral, and other elements that give us a sense of life under the sea.

So, What Do You Think?

Any guesses as to who we’ll see make their debut in the updated Nemo stage show? Place your bets and chat with other Disney fans on our Facebook page.