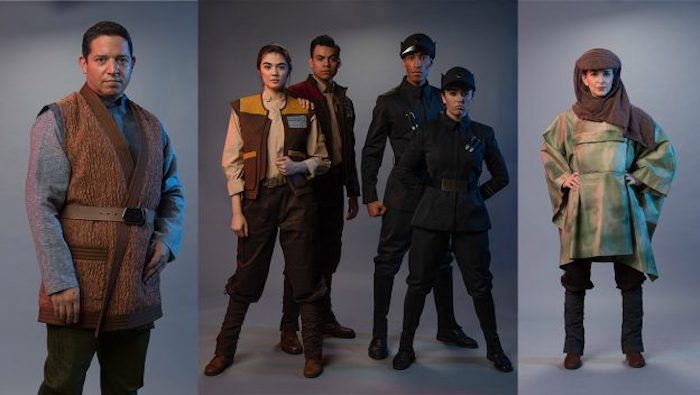 This week, Disney revealed the look of the new Cast Member costumes for those working in Star Wars: Galaxy’s Edge!

When designing Star Wars: Galaxy’s Edge, Imagineers knew that the Cast Members would be an integral part of the story. The goal of this new land is to completely immerse the guest into the story of Star Wars.

In order to do that, the Cast Members can’t have matching uniforms with nametags—a complete departure from every other Walt Disney World location.

The design team went to great lengths to use fabrics that were both comfortable and durable to withstand the unpredictable California and Florida weather.

Let’s take a closer look at the costumes! 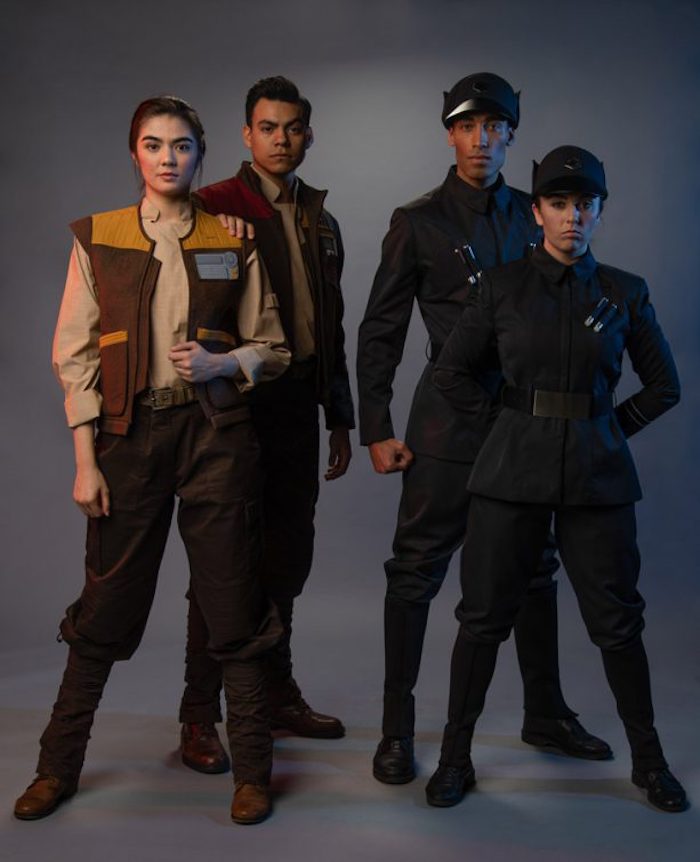 Resistance costumes (shown above left) are rugged, military-inspired uniforms. The vests and jackets will feature patch details inspired by communicators worn in the films. There will also be an optional hat accessory.

First Order costumes (shown above right) are bit more structured and polished than the others, featuring a charcoal grey military-style uniform with silhouettes pulled directly from the films.

The Black Spire Outpost costume collection (shown above) is where the true mix-and-match magic will happen. This collection is comprised of multiple shirts, bottoms, vests, and accessories so each Cast Member can choose an outfit that suits their own preference and personality.

This will add a level of immersion that can’t be found anywhere else!