Bring Home the Statue of Liberty from Funko at NYCC 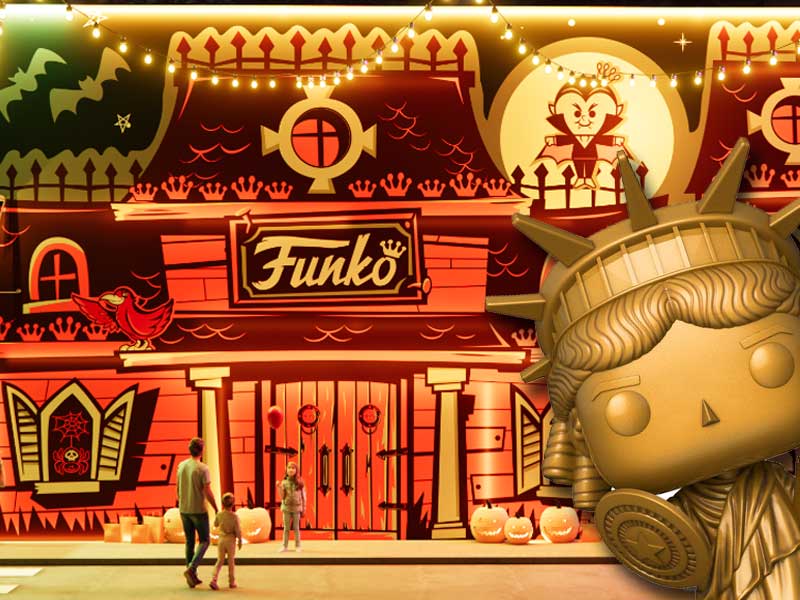 If you’re headed to the Big Apple for New York Comic Con (NYCC) this year, Funko is ready to greet you with a fantastic booth and a Marvel exclusive perfect for the big city. Spider-Man: No Way Home fans, take heed. 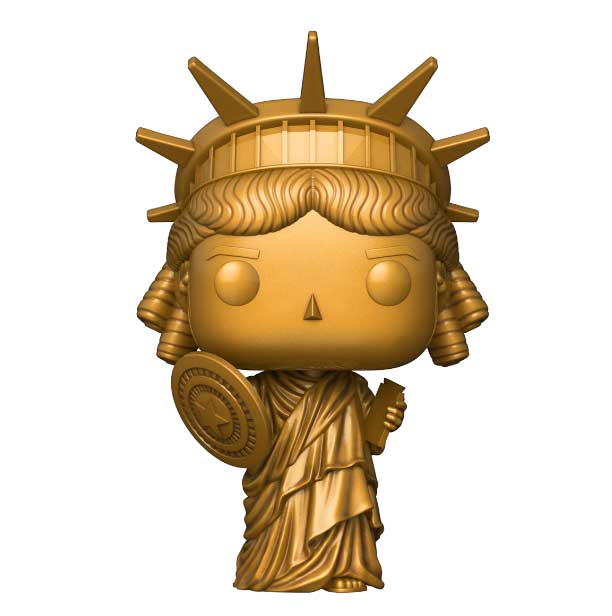 One of the most recent additions to the Marvel Cinematic Universe’s (MCU’s) New York City is an upgraded Statue of Liberty, and an exclusive NYCC Funko Pop figure shows off her new look.

We all know Lady Liberty as the woman with the tablet and golden torch. In Spider-Man: No Way Home, the Statue of Liberty has lost her iconic torch in favor of a replica of Captain America’s shield. She has also been restored to her original copper color and gained a new moniker, Liberty Avenger. 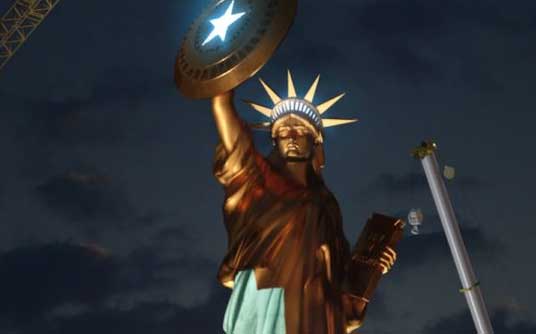 A look at the MCU’s Statue of Liberty. Screenshot via Spiderman: No Way Home

While the film version of the statue holds the large shield aloft like she did her torch, the Funko Pop edition holds it closer to her chest. I’ve owned several Funko Pops with balance issues — looking at you, Agent Carter — and I think we will all prefer a Statue of Liberty that can stand proud instead of a more film-accurate version that keeps falling over. 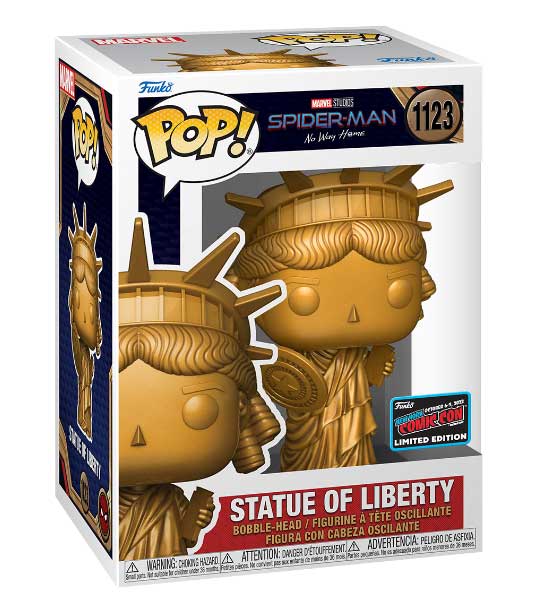 If you can’t make it to NYCC, keep watching all of the main Funko social media accounts. There is typically a nationwide retailer offering these exclusive figures in limited quantities.

Get Spooked at Funko’s Haunted Booth

Since NYCC takes place at the beginning of October, it’s only appropriate for things to get a bit spooky. And they sure will at the Funko booth at NYCC!

Funko’s booth is dressed up to look like a trio of haunted houses, dubbed “Frightmare on Fun Street.” I would hate to be a realtor trying to sell houses in this fictional-yet-terrifying neighborhood.

The main Funko booth is a large house in the center of the setup. It’s a bichrome house in Halloween orange and black. Looking over the impressive Victorian house, you can spot things like Dracula on the roof, a ghost in the window, and a jack-o’-lantern ready to say hello. It’s a great way to get in the mood for the Halloween season. If you aren’t already, of course.

On the right of the main Funko house is a purple haunted shop for Loungefly, featuring backpack-wearing ghosts. To its left is a green shop dedicated to the growing number of Funko board games.

Nothing will ever truly measure up to the haunted house masterpiece that is The Haunted Mansion in our Disney-loving hearts. But Funko does a pretty great job at celebrating the spooky season with its NYCC booth. You can see it in person from Oct. 6-9, 2022, in booth 1419. Get your tickets for New York Comic Con now if you haven’t already. You’re not going to want to miss it!