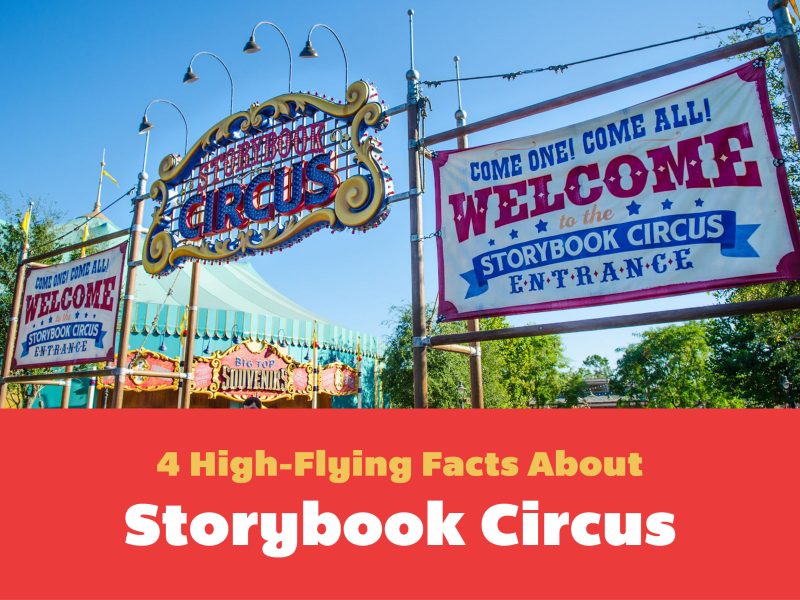 These Storybook Circus facts may have you swinging by the big top, regardless of age!

There are plenty of attractions that demand your attention throughout the Magic Kingdom, so it’s easy to overlook the more humble, unassuming areas of the park.

For instance, how often have you slowed down on your dash from Fantasyland to Tomorrowland and made a leisurely detour to Storybook Circus?

Whether you’re young or just young-at-heart, Storybook Circus has many quaint charms and hidden surprises that shouldn’t be missed. Even if you’ve never been to a real circus before, this secluded area within Walt Disney World’s smallest park will make you feel like you’ve been transported back to your childhood.

To prepare you for a memorable day under the big top, here are four high-flying Storybook Circus facts to keep in mind during your next trip to the Magic Kingdom. 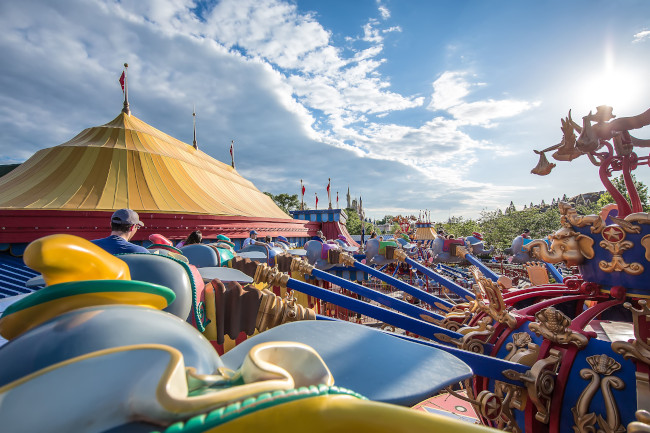 In case you didn’t realize it, the carnival you’re entering when you walk through the entrance of Storybook Circus isn’t just any traveling troupe. It’s inspired by a specific Disney property. Have any guesses?

Yes, if it wasn’t obvious already by the flying elephants everywhere, Storybook Circus is inspired by Disney’s Dumbo, the hit animated film about a big-eared pachyderm who becomes a sideshow attraction.

You’ll find many references to the 1941 animated film throughout Storybook Circus.

For example, the Casey Junior Splash ‘N’ Soak Station is inspired by the steam-powered locomotive from the movie. You can see characters from the movie poking their heads out of the train cars.

Also, look down and you’ll notice animal footprints and peanut shells trampled into the concrete.

Here’s another bit of trivia: Did you know that much of the original movie is actually set in Florida, where the caravan spends its off-season? No wonder the circus is here to stay!

2. A Flight at Night 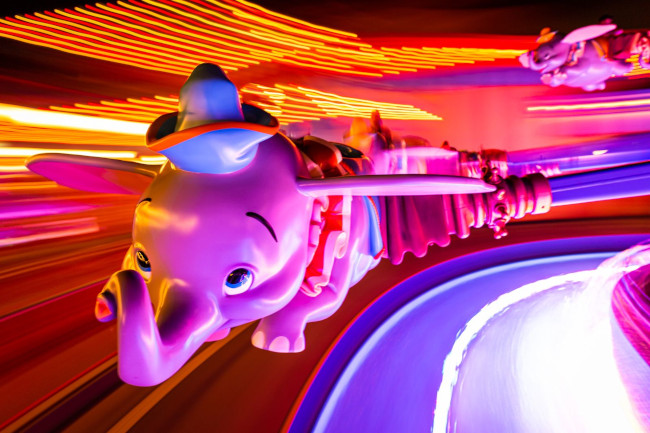 Dumbo at night is a whole different experience in Storybook Circus. Photo by Ernie Carr

Luckily, Dumbo seems to be treated much better now than he was in the film, even getting a predominant attraction celebrating his talent: Dumbo the Flying Elephant.

This aerial carousel gives children the feeling of soaring through the air. Plus, it has one of the best queues in all of Walt Disney World: an open play area for the little ones to bound around (and the parents to rest!).

The best time to ride these flying elephants? At night, when the sky is dark—and the circus glows!

The bright neon colors washing over the pointed tents and spinning rides make the area feel like a vintage carnival with midway rides. Grab a handful of peanuts and marvel at how magical the circus becomes when the sun goes down.

3. A Cavalcade of Costumed Characters 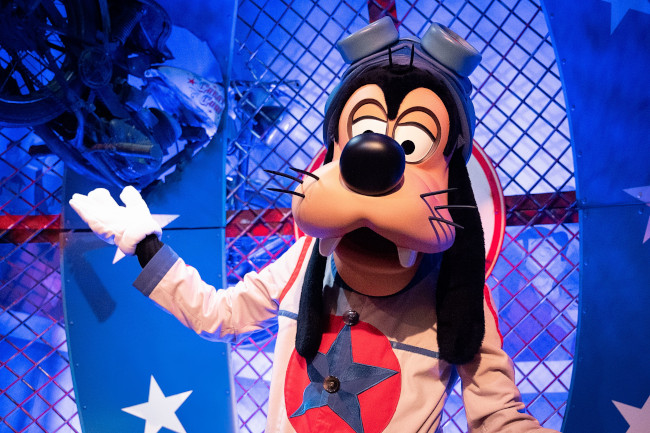 Did you know that Storybook Circus has one of the most unique meet-and-greet opportunities in the Magic Kingdom? It’s not easy to find, but it’s definitely worth seeking out.

Storybook Circus is the only place in the park where you’ll find four of your favorite Disney World superstars garbed in circus gear.

Look for the sign to Pete’s Silly Sideshow to find The Astounding Donaldo and The Great Goofini putting on some theatrical antics.

In the past, Daisy, Pluto, and Minnie Mouse all dropped by to say hello, but now it’s just a two-man show. Luckily, this duo has enough showmanship between them that they don’t need to share the spotlight!

This character station doesn’t get a lot of traffic, so it’s a nice opportunity if you’re in a hurry to take a photograph and your child doesn’t have the patience to wait in line.

4. The Mouse Gets a Makeover 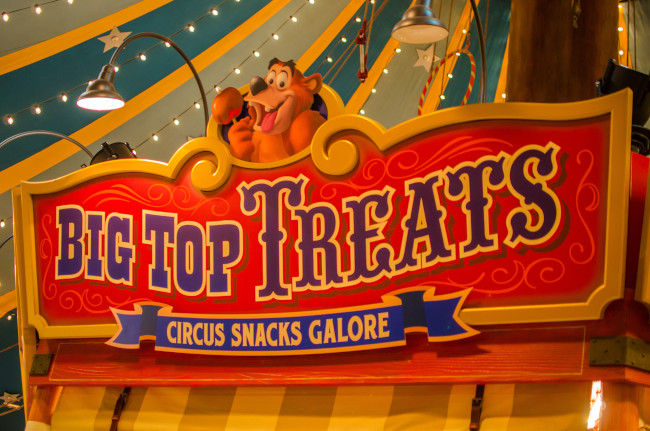 No visit is complete without a snack from Big Top Treats. Photo by Cliff Wang

Storybook Circus may seem like an old-fashioned part of the park, but it’s actually a relatively new addition to the Magic Kingdom.

The carnival—as it stands today—opened in 2012 part of the expansion of New Fantasyland. Before then, the area looked much different.

Over the past 30 years, this area of the park went through multiple makeovers. It started as Mickey’s Birthdayland, a miniature town celebrating the mouse’s 60th birthday. Shortly after that, the region became Mickey’s Starland, which promoted Disney’s Afternoon cartoons (which I grew up watching!). 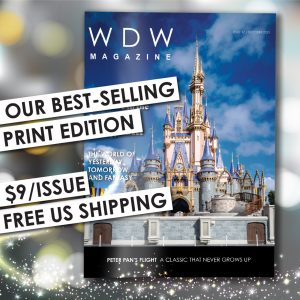 Get a quarterly subscription for just $27!

Did we mention it comes with a free double-sided Cinderella Castle poster?

After that, the town was rebuilt as Mickey’s Toontown Fair, which stood for 15 years until it was replaced by the circus. Many of you may remember this cartoon-ified version of the park with its bright colors and exaggerated architecture.

Hop aboard the Walt Disney World Railroad (once it reopens) and take a ride to Storybook Circus! The big top tent received a new paint job and minor refurbishment in August, so now is the time to visit the attraction and see it at its most dazzling.

Hopefully these Storybook Circus facts have inspired you to spend more time exploring it.

Have you spent time at Storybook Circus? What’s your favorite treat to favorite old-timey snack to enjoy at Big Top Treats?