BIG NEWS: Beauty and the Beast Sing Along, Remy’s Ratatouille Adventure and dates for… 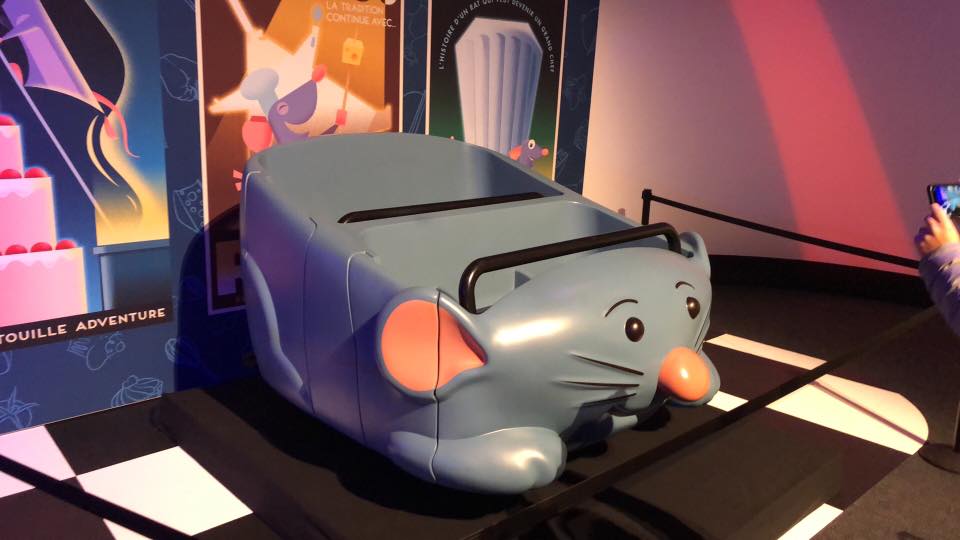 Today at EPCOT there was a media event for the opening of Star Wars: Rise of the Resistance. Tomorrow is Star Wars day, but today it was all about the new things coming to EPCOT.

It was pretty awesome. We got opening dates for the new movie in Canada, the new movie in the Land pavilion, Mickey and Minnie’s Runaway Railway, and Beauty and the Beast Sing-Along, which by the way they showed us the video. Oops, almost forgot, they also took us into Remy’s Ratatouille Adventure for a sneak peek.

Yes, I’m going to tell you all about them.

Dates for Remy, Canada, Mickey and Minnie, Beauty and the Beast…

January 17th is a big day at EPCOT. On January 17th the new movies will all start. The movie in Canada, the Awesome Planet movie at the Land Pavilion, and the brand new Beauty and the Beast Sing-Along movie in the Impressions Theater in the France Pavilion.

A few weeks later, Mickey and Minnie’s Runaway Railway will open on March 4th at Disney’s Hollywood Studios. We’re going to get a sneak peek of that tomorrow night.

There’s also a sign up on Remy’s Ratatouille ride that says it’s opening Summer of 2020. And they announced that the new Star Wars hotel will open in 2021 (not very specific, but the first indication of when it will open).

One of the big shocks of the day was when we found out that we were going to get a sneak peek at two of the new attractions. Not just videos showing us what they were going to look like, but for Remy’s to see the actual construction and for Beauty and the Beast to watch the new movie! WOW!

First came Remy’s Ratatouille Adventure. I got a chance to go during the construction of Toy Story Land which was awesome. We stood in front of Slinky Dog Dash and just looked around.

After gearing up, they took us right into the ride. We started in the loading area where we met the lead Imagineer on the project who showed us the ride. He started by showing us the RIDE VEHICLE (which we later saw again at dinner). Then he started walking us THROUGH THE RIDE!

After loading into the rat mobile (it looks like a rat) you move through a scene that is the rooftops of Paris. It was pretty cool, a long way from being finished, but cool. Next came the best part. The next scene is in the kitchen. There was a 20-foot tall ham which if it were real would weigh 2.7 tons. There were a couple of 25-foot tall fish, huge stacks of fruits, vegetables, and more, oh, and a huge cooler at the end of the scene with milk bottles in it.

He talked about how the ride vehicles are trackless (meaning there is no track and the vehicles steer themselves). He also showed us a drawing showing the entrance. It looks pretty awesome.

Beauty and the Beast Sing-Along

We were taken into the Impressions Theater in France where we were given not only a sneak peek at the new Beauty and the Beast Sing-Along, but we saw the whole show. From beginning to end. Before the show, the lead Imagineer came out and talked a little about the movie and introduced Don Hahn, who has been a producer on all the Beauty and the Beast shows. They talked about how this new sing-along would have a “twist”. And a twist it was…

There is an unlikely hero in the Beauty and the Beast saga who wasn’t mentioned in the movie. No, not Gaston but LeFou. No, I’m not kidding. LeFou got Maurice to go to the castle. He prepared the meal for Belle and Beast (including a churro joke). He was the one who sent the little birdies into the courtyard, and he even tailored Belle’s dress. It’s funny and cute.

But the big things for the Beauty and the Beast Singalong is the music. It’s the big songs out of the movie. 5 of them including Belle (the opening song), Be Our Guest, There’s Something There, Gaston, and Beauty and the Beast. Interspersed is narration from Mrs. Potts herself.

The animation is new and they told us all the original animators and cast were involved in the producing of the new show. It’s really fun.

It truly was an amazing day at EPCOT with all of the announcements and getting to experience the new rides. But guess what? Tomorrow we get to go on Rise of the Resistance. Now that will be something huge.