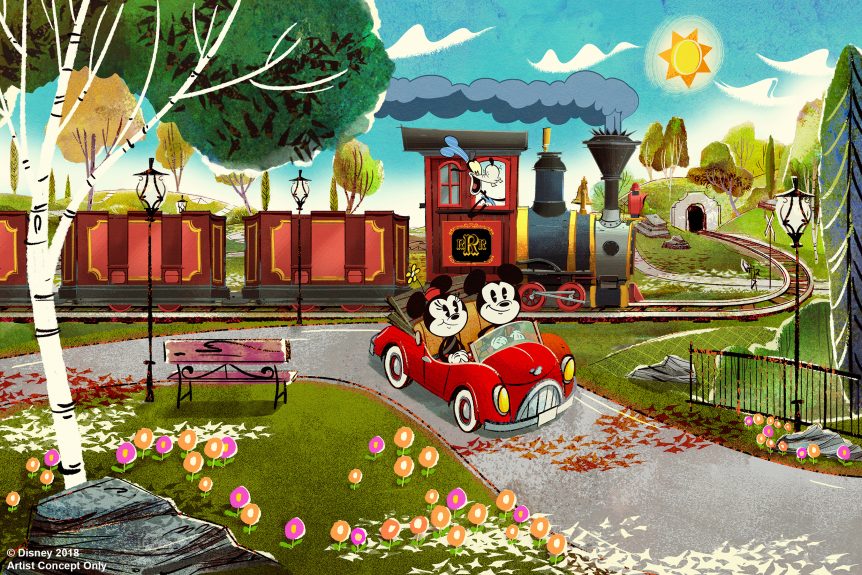 This weekend, Disney hosted a D23 expo in Japan! A lot of BIG Disney News was revealed for parks around the world, including Walt Disney World!

You might remember our coverage of D23 events in California on 2015 and 2017, and we are super excited to have more magical news from Disney to report today!  Keep reading, you won’t want to miss this! 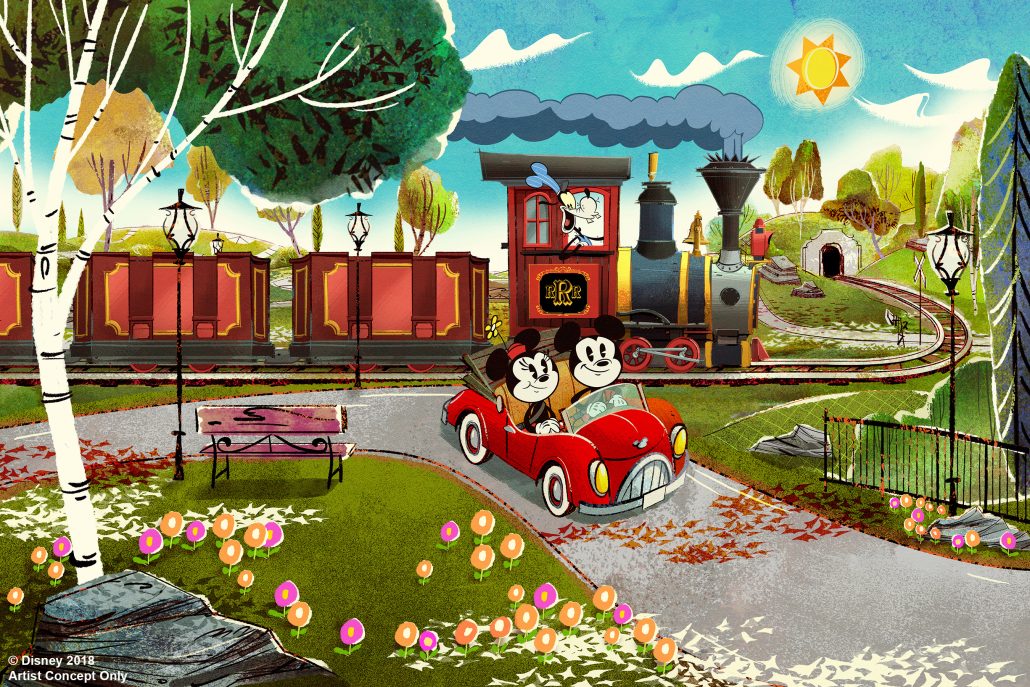 Walt Disney World Resort guests will step through the movie screen and join Mickey and pals on a wacky adventure set to open at Disney’s Hollywood Studios in Florida in 2019. Mickey & Minnie’s Runaway Railway, the first-ever ride through attraction themed to Mickey and Minnie Mouse, will feature dazzling visual effects, a lovable theme song, and twists and turns ideal for the whole family. Image courtesy of Disney.

The fun will soar to infinity and beyond beginning this summer with the opening of Toy Story Land. This playful new 11-acre land will transport guests into the adventurous outdoors of Andy’s backyard where guests will feel like they have been shrunk to the size of Woody and Buzz, as they are surrounded by oversized toys. Using toys like building blocks, plastic buckets and shovels, and game board pieces, Andy has designed the perfect setting for this land that includes two major new attractions.

Slinky Dog Dash is a family-friendly coaster that will send riders dipping, dodging and dashing around turns and drops through the world of Andy’s toys. Guests can also spin around with little green aliens aboard Alien Swirling Saucers and quick refreshments will be on tap at Woody’s Lunch Box. 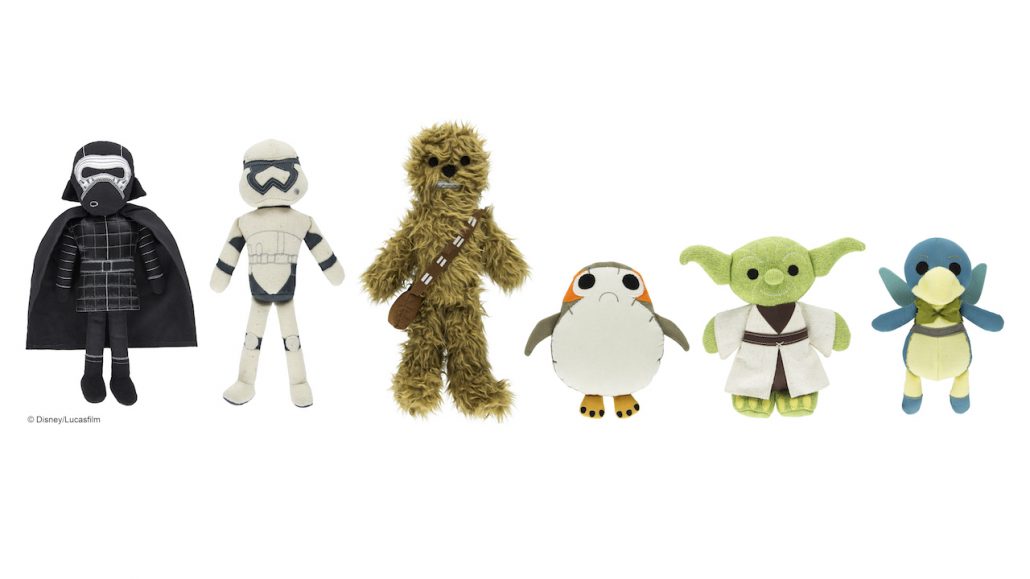 This highly anticipated new land is set to open in 2019, both at Disney’s Hollywood Studios and Disneyland Park – on a grand scale – including the creation of a full-sized fleet of X-wing star fighters and a life-size Millennium Falcon starship.

The totally immersive land will include two jaw-dropping attractions that allow guests to have control of their experiences. One attraction will put guests in the middle of a battle between the First Order and the Resistance—inside a Star Destroyer. In the second attraction, guests will have the chance to fly the Millennium Falcon – the most famous ship in the galaxy. Throughout the land, guests will also have the chance to interact with Chewie, the lovable BB8 and members of the First Order, plus wander through a toy shop in the street market run by a Toydarian, one of the creatures from Star Wars: The Phantom Menace.

experience at a groundbreaking new Star Wars–themed hotel concept. The epic new experience will take guests to a galaxy far, far away and will be seamlessly connected to Star Wars: Galaxy’s Edge, the new land set to open in 2019 at Disney’s Hollywood Studios. Unlike anything that exists today, the new luxury resort will completely immerse guests in an authentic Star Wars story. The journey through space begins the moment guests arrive, as everyone boards a starship and departs together for a multi-day Star Warsadventure. An opening date for the new hotel has not been announced.

Guardians of the Galaxy Attraction at EPCOT

Larger-than-life Super Heroes will descend upon EPCOT with the opening of a Guardians of the Galaxy attraction. Based on the rockin’, action-packed “Guardians of the Galaxy” movies, this one-of-a-kind family attraction will feature a brand-new, innovative ride system – and will be one of the longest enclosed roller coasters in the world! Coming to EPCOT Future World, the new attraction will open in time for the 50th anniversary of Walt Disney World Resort in 2021.

The first ever ride-through attraction themed to Mickey Mouse and Minnie Mouse will delight guests at Disney’s Hollywood Studios beginning in 2019. Mickey & Minnie’s Runaway Railway will feature a new original story and lovable theme song, as it takes guests on a journey inside the wacky and unpredictable world of Disney Channel’s Emmy Award-winning “Mickey Mouse” cartoon shorts. New technologies will transform the two-dimensional cartoon world into an incredible multi-dimensional experience.

Just in time for the 20th Anniversary of Disney’s Animal Kingdom, a new, family-friendly show will debut at the theme park April 22. Featuring Russell and Dug from Disney•Pixar’s “Up,” guests will get a chance to see their favorite Senior Wilderness Explorer and his furry friend as they discover bird species from around the world.

As we head towards 2021 and the big 50th anniversary celebrations, WDW Magazine is featuring a monthly update of ongoing projects, new additions, and more!  Be sure to subscribe today so you don’t miss a beat!

BIG Disney News for Disney Parks Around the World

Here’s the scoop on parks around the world – be sure to check out our Around the World section every month in WDW Magazine for the latest on these global destinations! 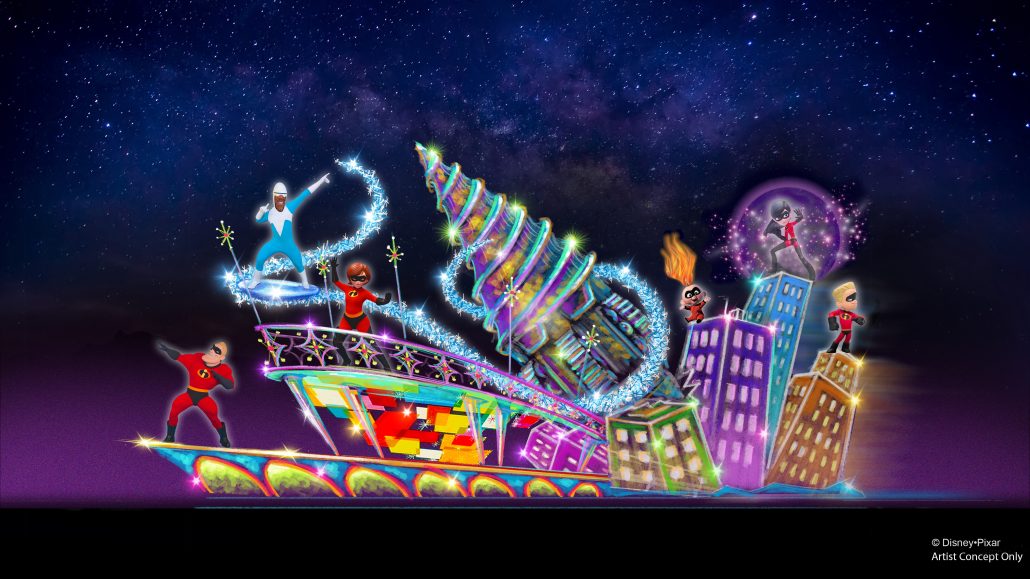 NEW INCREDIBLES-THEMED FLOAT FOR ‘PAINT THE NIGHT’ PARADE—This June, a new, high-energy Incredibles-themed float will add more Pixar fun to the electrifying “Paint the Night” parade at Disney California Adventure park. Mr. Incredible, Elastigirl and Frozone will showcase their superhero awesomeness as they take on their newest threat, the Underminer. Violet, Dash and Jack-Jack also showcase their unique powers in surprising new ways, as shown through dynamic and innovative visual technology. Like the other elements in this spectacular parade, this new float will come to life through a series of dazzling LED lights, new music elements and high-tech, pop-art effects inspired by the mid-century-modern style of the films. (Disney•Pixar/Disneyland Resort) 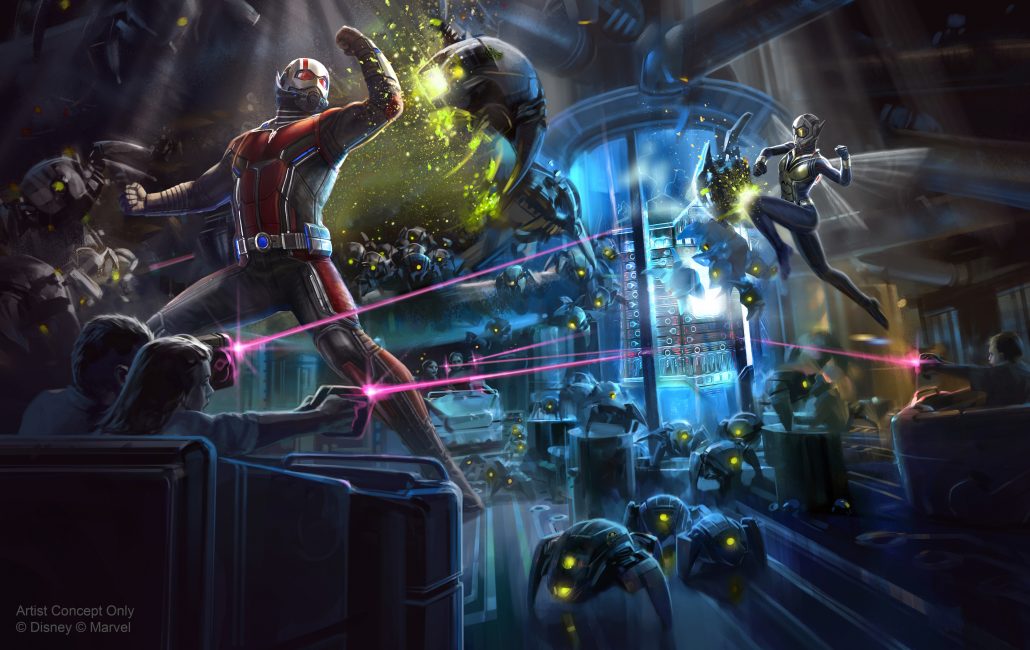 A new Marvel attraction is planned for Hong Kong Disneyland, where guests will be invited to team up with Ant-Man and The Wasp to fight Arnim Zola and his army of Hydra swarm bots in a thrilling new adventure.

Get the latest updated, in-depth information and stunning photos of Walt Disney World in WDW Magazine each month: