This month we’re taking you on the ultimate ice cream quest, chilling out with cool merch, and having a day date at Typhoon Lagoon.

Plus we say goodbye to IllumiNations, and find out how MagicBands REALLY work! 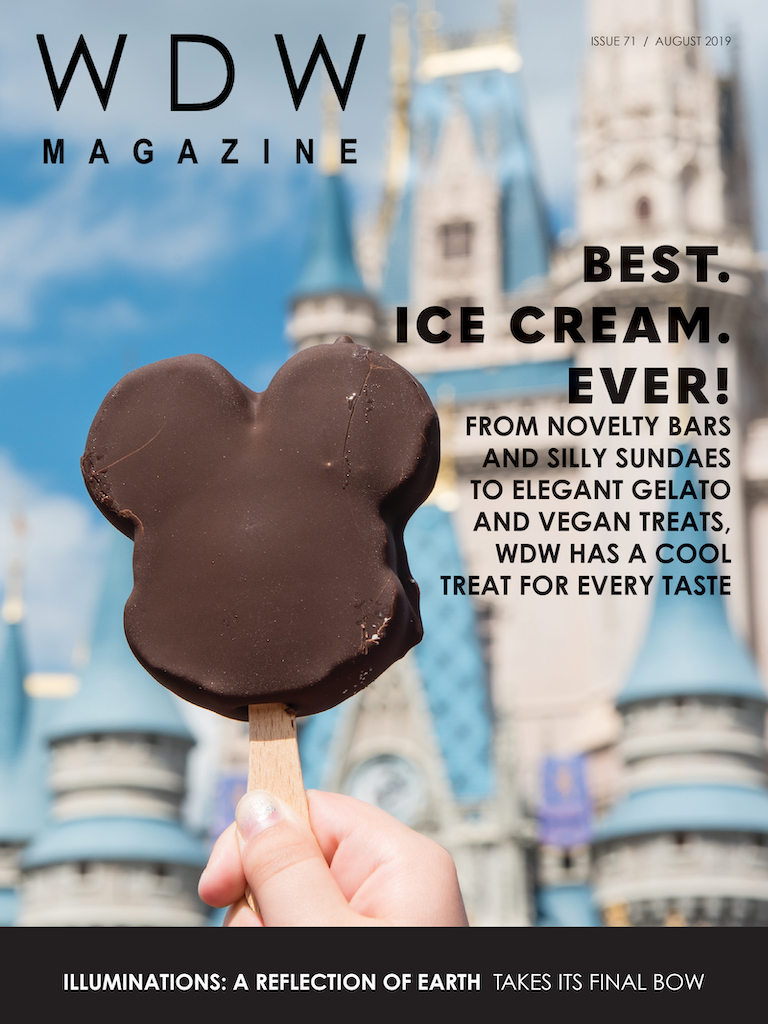 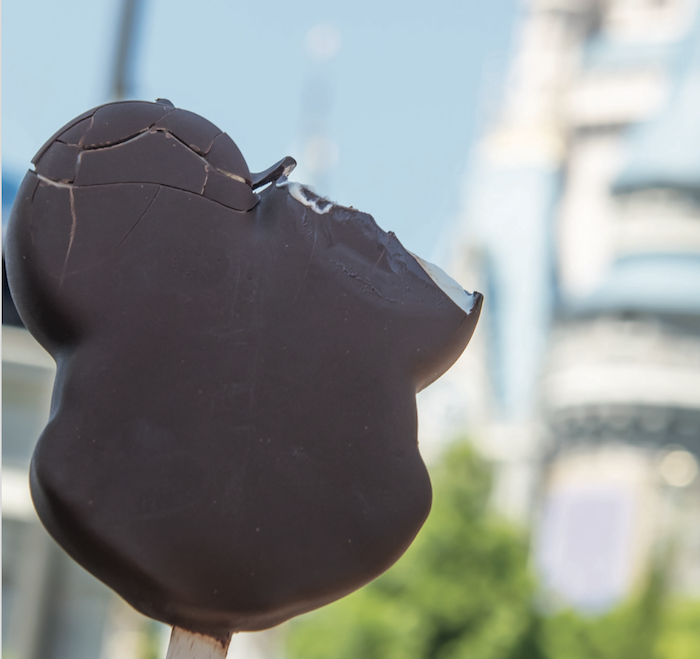 Nothing tastes sweeter than a Mickey Premium Ice Cream Bar and a Cinderella Castle view. Photo by Laurie Sapp.

A popular saying in the Disney community is, “Calories don’t count at
Walt Disney World.”

Maybe it’s because, like nearly everything at Walt Disney World, the food is magical. Or maybe it’s because of the inordinate amount of walking one does on a trip to the World. Or maybe it’s just that we, the Disney-goers, turn a blind eye to calories in favor of simple, unabashed culinary enjoyment.


Whatever the reason, I personally choose to venture forth with the belief that food is one of the great pleasures of life, and you don’t need a reason to enjoy every sweet, succulent, scintillating bite. You especially don’t need a reason when you’re on vacation in a place as magical as Walt Disney World. 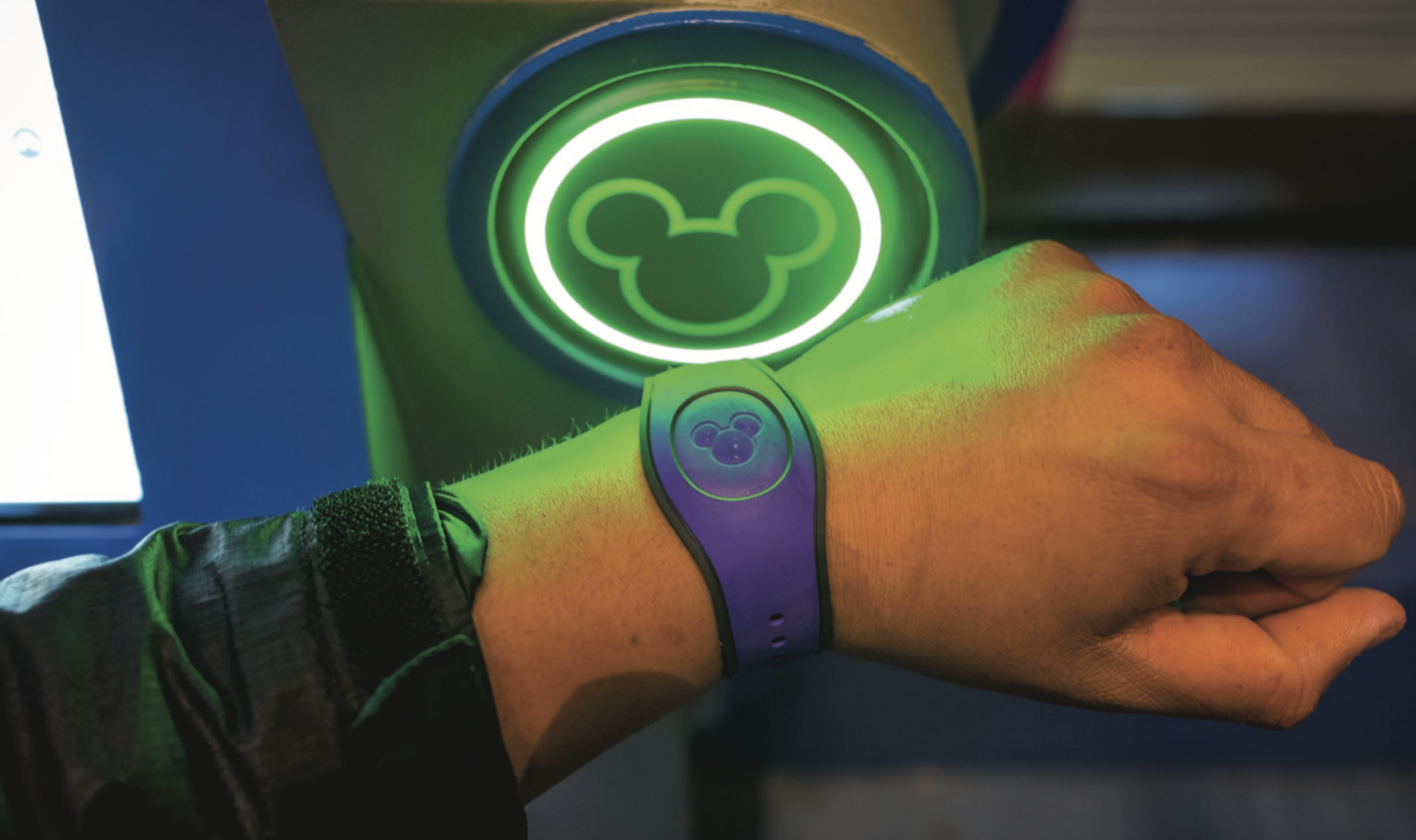 How do MagicBands REALLY work? Photo by Cliff Wang.

MagicBands have transformed guest experience at Walt Disney World over the last few years – combining technology, interactivity, and a sprinkle of pixie dust that can really enhance your trip to the parks and resorts. The “band” is self explanatory with these cute and colorful bracelets, but the “magic” is more of a mystery.

MagicBands are the main conduit of the MyMagic+ and MyDisneyExperience programs – using a fairly straightforward and common technology to achieve tremendous payoff in guest convenience and the wow-factor you’d expect from Disney.  So, how do they actually work – and what can you do with them? 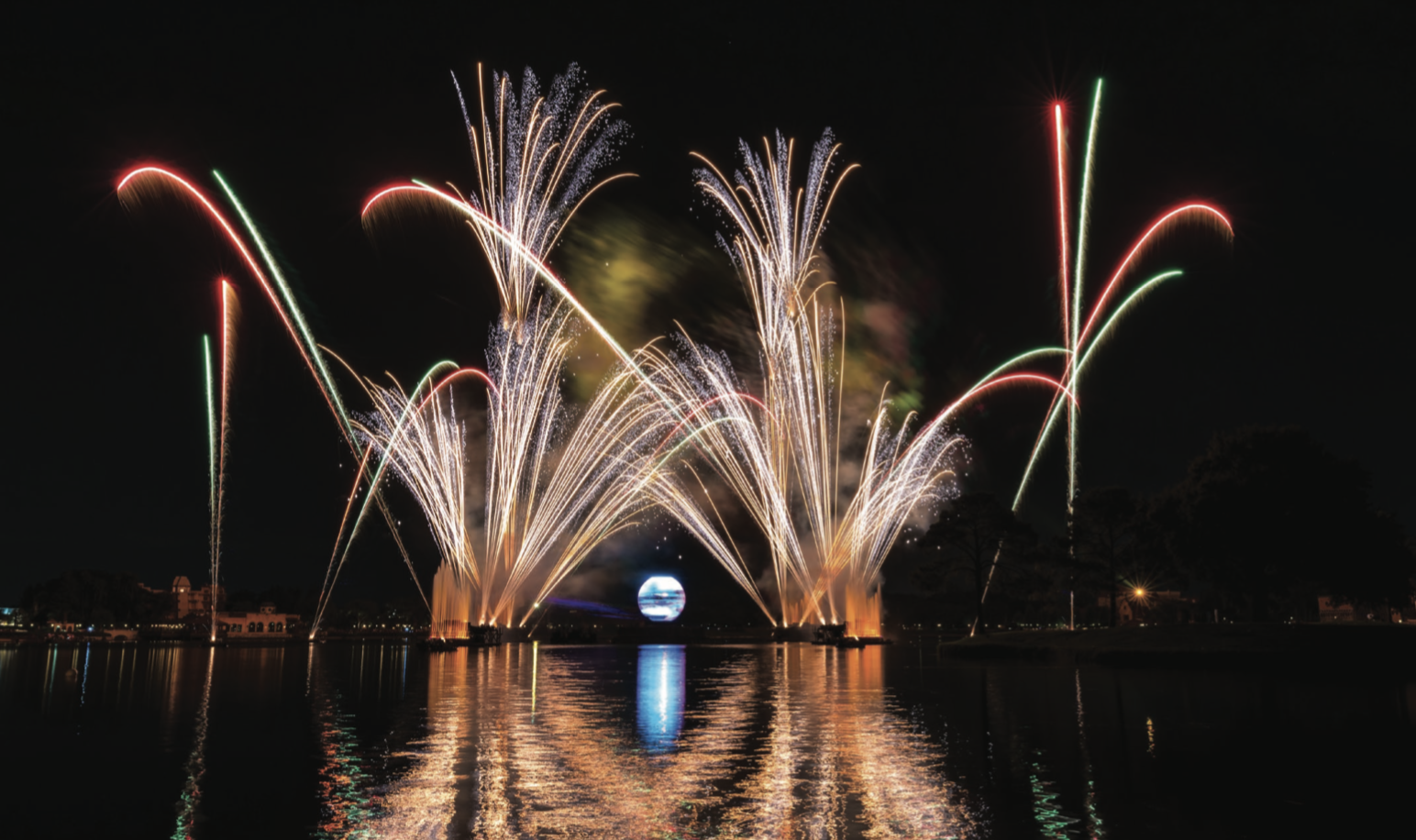 Which shade is your favorite trend: Rose Gold or Millennial Pink? Photo by Laurie Sapp.

Walt Disney once said, “Around here, however, we don’t look backwards for very long. We keep moving forward, opening up new doors and doing new things, because we’re curious … and curiosity keeps leading
us down new paths.” While new things are exciting, they can also mean saying goodbye to old favorites. IllumiNations: Reflections of Earth has been lighting up the nighttime sky at EPCOT for 20 years, and on September 30, 2019, the sky will go dark on this entertainment staple.