Behind the Sweets With Disney World Pastry Chef Gabriel 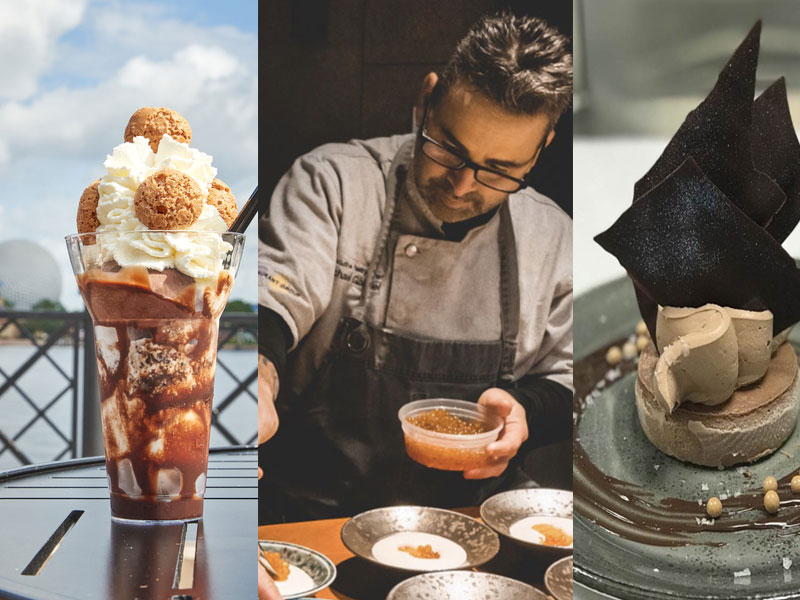 That favorite treat you crave at Walt Disney World? Chef Gabriel just might be the culinary wizard behind your sweetest memories.

Executive Pastry Chef Michael Gabriel just celebrated his one-year anniversary with Patina Restaurant Group and we’re celebrating by getting to know him a bit better. Here is how he started working as a pastry chef for Walt Disney World, and what it’s like to direct the desserts!

How Did You Become a Chef at Disney World? 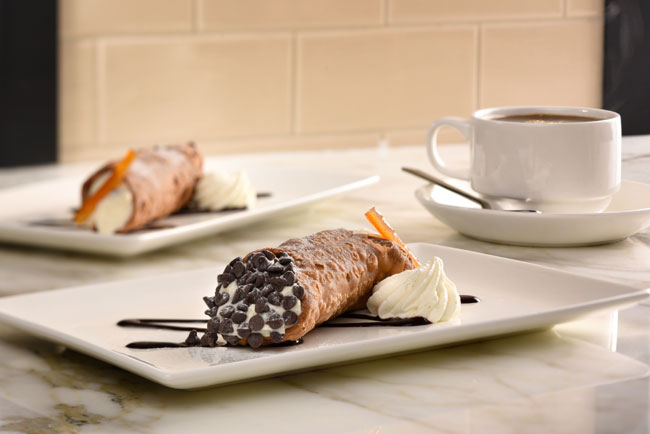 Chef Gabriel: I graduated from New England Culinary Institute in Burlington, Vermont. I did a pastry internship in Antwerp, Belgium. After a year in Belgium, I went to work for Charlie Palmer, at Aureole which was one of the top restaurants in New York City at the time.

One of the highlights of my career was becoming the Executive Pastry Chef there. Also, I produced desserts for three of his other restaurants in New York City. I was a Pastry Instructor at The French Culinary Institute where I had the pleasure of teaching young aspiring chefs the art of pastry.

After teaching, I began my longtime chef job at Rockefeller Center. Here I spent the last 15 years running the pastry department for Patina Restaurant Group and three of its restaurants, The Sea Grill, Rock Center Café, and Cucina & Co.

This was also a highlight for my career as I was fortunate to work at this iconic location, with the world-famous ice-skating rink and Christmas Tree. I had been working for Patina for 15 years and when I knew that we were closing our doors at Rockefeller Center, I needed a new opportunity.

Relocating to Orlando was something I asked about a few years back and just waited for the right time. In February of 2021, I received a phone call from our VP of Operations in Disney, Geoff Gljiva (who I worked with in New York) and he told me that it’s time!  This job is a perfect fit for me because it involves running multi-unit spaces, and that is something I had much experience in doing. And of course, being in Disney—that is a bonus.

What’s it Like Being a Pastry Chef at Disney World? 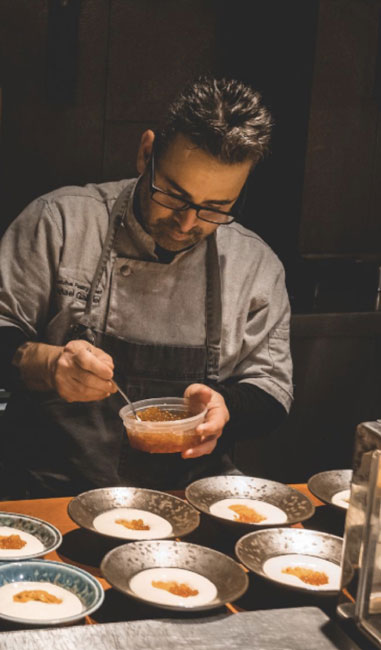 Chef Gabriel: Being an executive Pastry Chef at Walt Disney World is an amazing opportunity.

I get to be inside these iconic parks and create sweets for countless guests on a daily basis. My responsibilities are to create dessert menus for the Patina Group restaurants and special events. My job also consists of producing all of the gelato for our restaurants, including Gelateria Toscana.

In creating sweet pastries and other baked goods, are there any rules that you always adhere to? Do also create savory menu items? 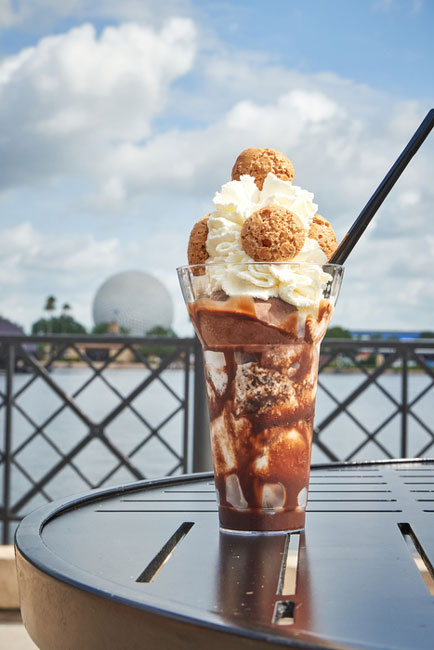 Chef Gabriel: It is very important to have a balanced pastry. When I am creating desserts, we have tastings and trials to make sure it is well balanced.

One of my tricks is to add layers of crunch or texture to certain items. Also, some sea salt to bring out the flavor.

Best Plant-Based Dessert in the Galaxy? 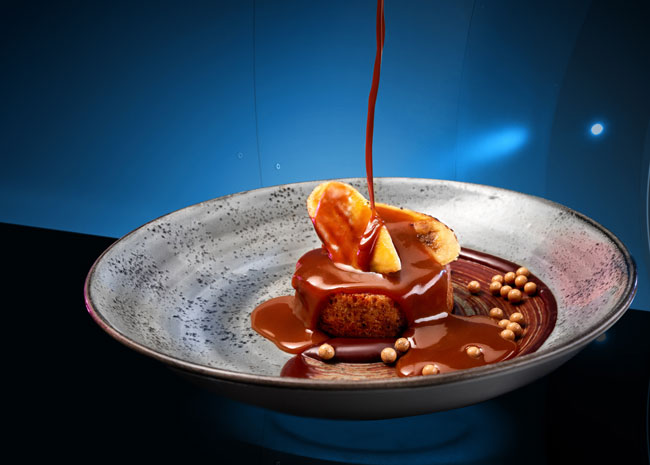 Chef Gabriel: At Space 220, we have the plant-based carrot cake on the menu which is a very popular dessert for that restaurant. Also, all our sorbets are plant-based. I am always working on new and exciting items for all to enjoy.

The desserts at Space 220 have the magical flair of Disney. Getting to create these items with such a cool theme of space makes it so much fun.

The great thing was that I was able to be inside the finished restaurant and see the show before I created the menu. From the space-themed music to the astronauts floating around, this was all a great inspiration to take my creativity to the next level.

Look for more from Chef Gabriel in upcoming issues of WDW Magazine … he’ll be sharing his top desserts in your favorite spots!