Become an Expert with “The Disney Princess: A Celebration of Art & Creativity” 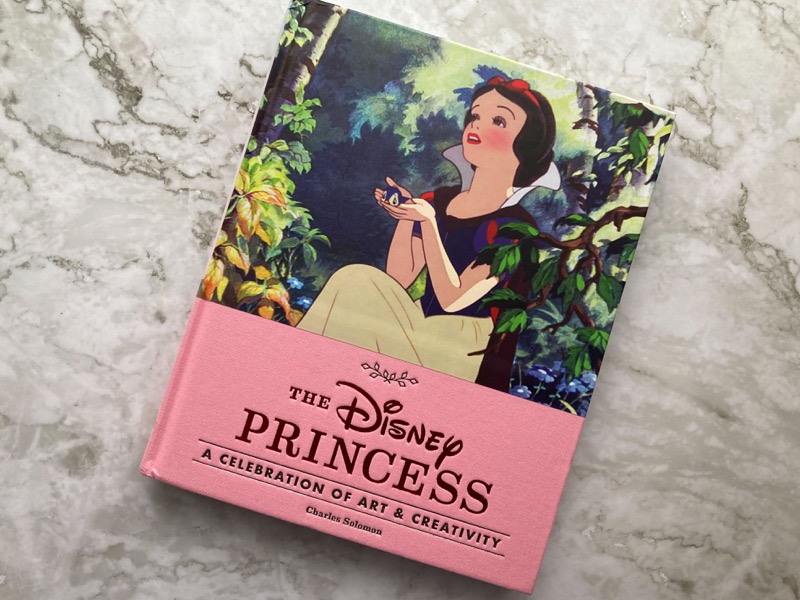 Check out our in-depth review of The Disney Princess: A Celebration of Art & Creativity before adding it to your coffee table.

In the Disney pantheon, there are 13 official Disney Princesses. As Evelyn explained last month, the list changes as new movies come out and shift in importance.

With so many unique characters spanning decades of animation, how much do you really know about the Disney Princesses? The Disney Princess: A Celebration of Art & Creativity by Charles Solomon aims to make you an expert. 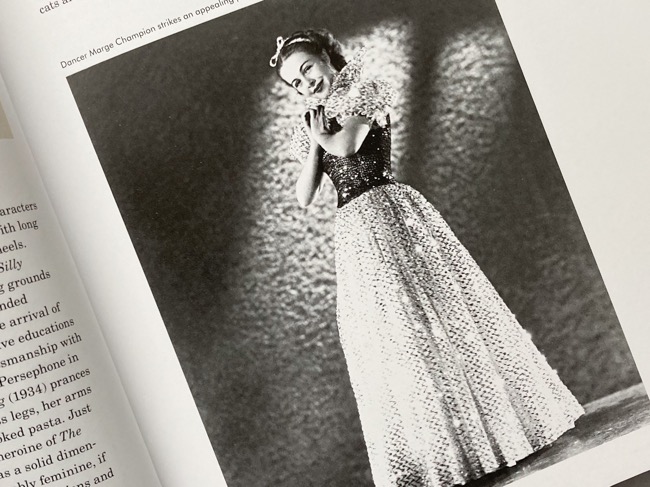 It’s definitely dressed for the ball 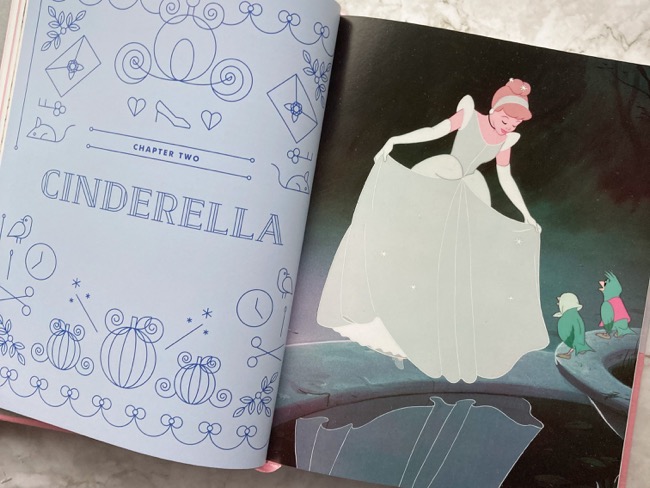 When Chronicle Books first sent me this book, I was struck by how pretty it was. The hardcover lacks a flimsy dust jacket, instead opting for an embossed title below a large picture of Disney’s very first princess, Snow White.

The cover wasn’t the only thing to catch my eye—the edges of the pages are gilded with holographic paper to give it a glitter finish. 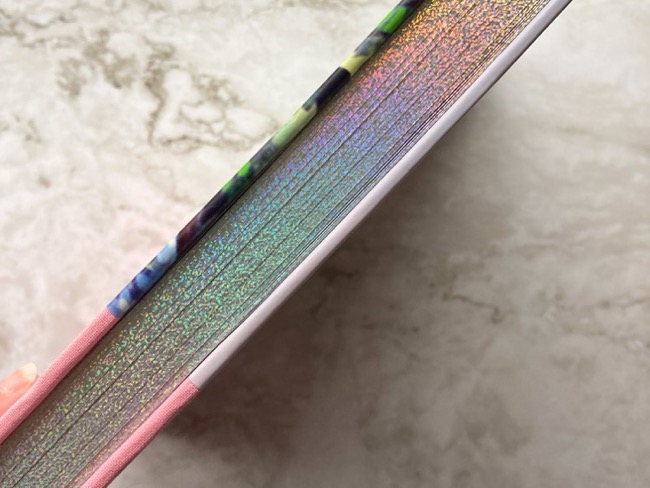 The gilded pages are a nice touch. Photo by Rebecca Bernard

The Disney Princess is a beautiful book on the outside, but like so many of our favorite heroines, it’s what’s inside that really counts.

I was ready for this book to be more about pictures, providing information about the leading ladies that all of us know. I was totally wrong, and I couldn’t be happier about it.

True beauty is found within 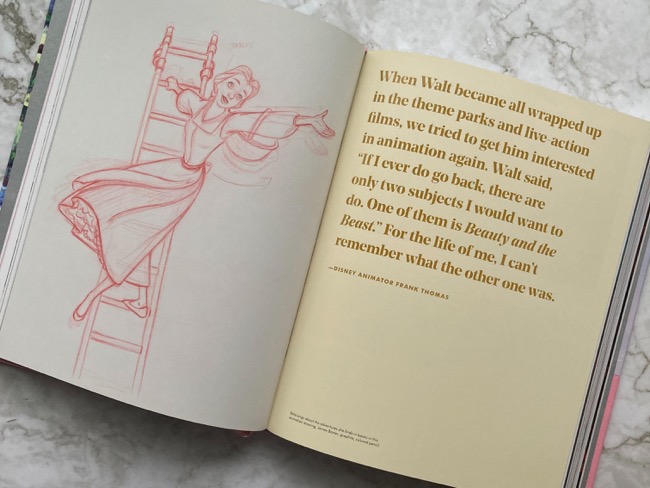 That’s not to say this book isn’t filled with full-color images. Each princess gets plenty of examples of finished artwork alongside sketches, concepts, and storyboards that show how she was developed.

All of these pictures are partnered with some of the most in-depth analyses of the princesses I’ve ever read. Not only does author Charles Solomon talk about the animation journey for each film, but he also dives deep into the time periods they represent.

Solomon cracks jokes about how funny it is that 14th-century Prince Phillip taunted his father about arranged marriages being “old-fashioned” in Sleeping Beauty when they were very much the norm for royalty at the time. He doesn’t just talk about Belle being a bookworm; he lays out popular books she might have access to in the 18th century and her possible reactions.

The author even takes steps toward deeper academic theory behind fairy tales. He explains the origin of each story when it wasn’t a Walt Disney Pictures or Pixar original. Several times Solomon even cites experts like Booker Prize-shortlisted Marina Warner to unveil how folktales change with the times.

The best way I can describe this collection is as extremely condensed versions of the art books that accompany many of the more recent films. Even that seems too simplistic for the extra thought behind each of these chapters.

My favorite in the limelight 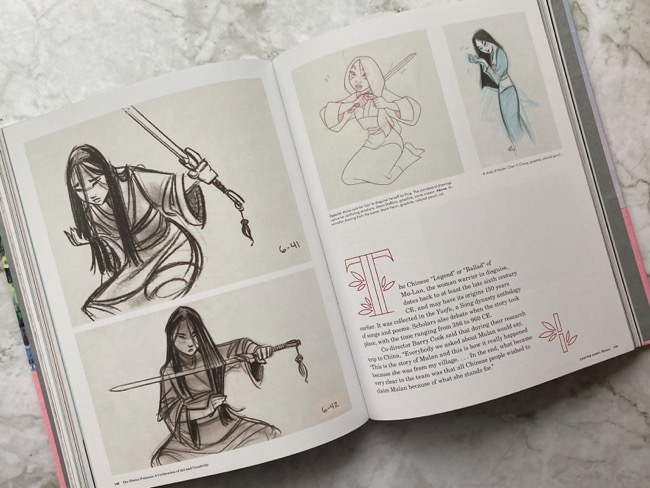 I especially enjoyed the attention paid to animator Mark Henn in The Disney Princess. His storied career at Disney is far from secret, as he played a big role as a supervising animator for characters like Belle, Jasmine, Mulan, and Tiana. In this book, Disney writer and director John Musker goes so far as to call him “the leading lady of Disney Animation.”

Like me, Henn is a native of Dayton, Ohio. When my local youth arts group, Muse Machine, staged Beauty and the Beast, he visited us in our rehearsal studio to share his Disney stories. I even remember Henn telling us how he based part of Jasmine’s design on his sister, which is an anecdote featured in The Disney Princess.

The only flaw in this book is that it was released at the end of 2020, which means it only covers 12 Disney Princesses. While we wait and see if Chronicle Books lets Charles Solomon update the book for Raya, you can just put The Disney Princess next to The Art of Raya and the Last Dragon on your coffee table.

The Disney Princess: A Celebration of Art and Creativity is available now from Chronicle Books and your preferred bookseller.

How To Make Disney Princess Cupcakes!