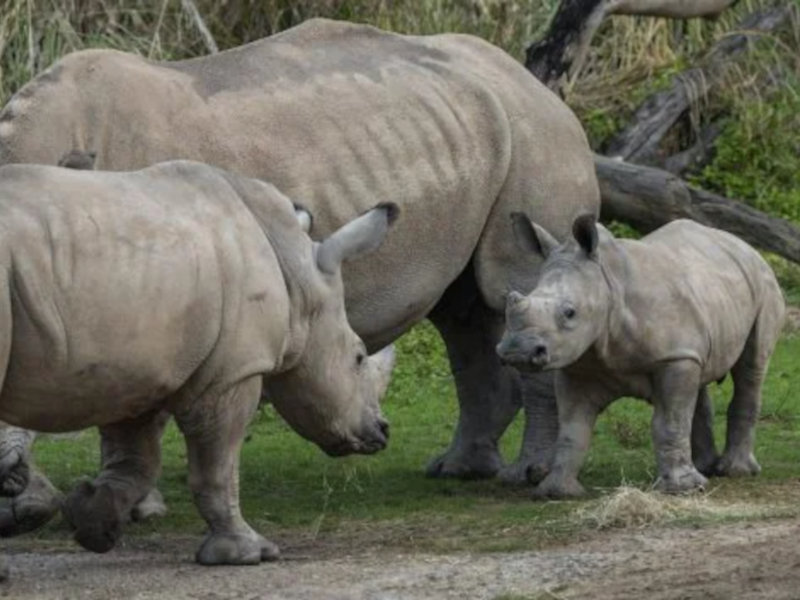 Last week, a feel-good moment took place at Kilimanjaro Safaris in Animal Kingdom. Mylo, the four-month-old white rhino calf, headed out onto the savanna for the first time to meet Ranger, his big brother.

Mylo was born in September and has spent the past four months bonding with his mother, Jao. He’s the second of three baby white rhinos born at Animal Kingdom as part of the Species Survival Plan since October 2020. 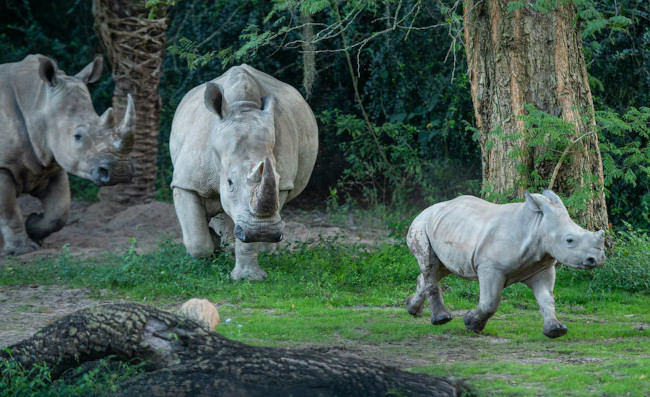 They’re having so much fun! Photo courtesy of Disney Parks Blog

Ranger himself is still a youngster, too. He’s the oldest of the trio, having been born in October 2020, and just made his grand Animal Kingdom debut last February. Ranger now carries the responsibility of helping Mylo learn the ways of the herd.

Get even more animal cuteness in our special Celebrate Nature issue of WDW Magazine, 64 pages with stunning photos, in-depth stories, and exclusive interviews all about the flora and fauna of Walt Disney World. Order from our shop while supplies last. 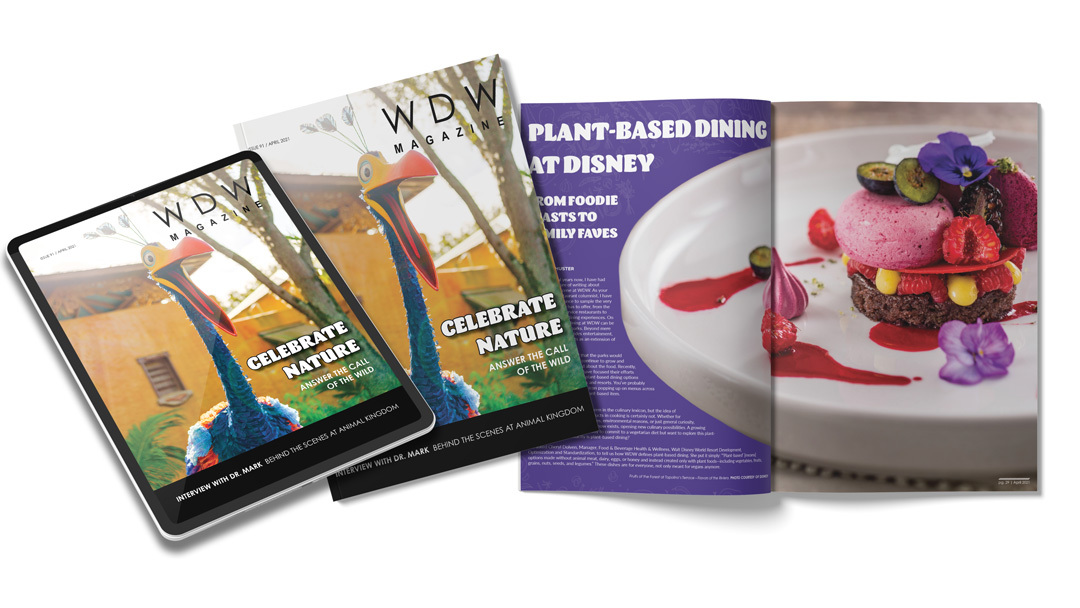 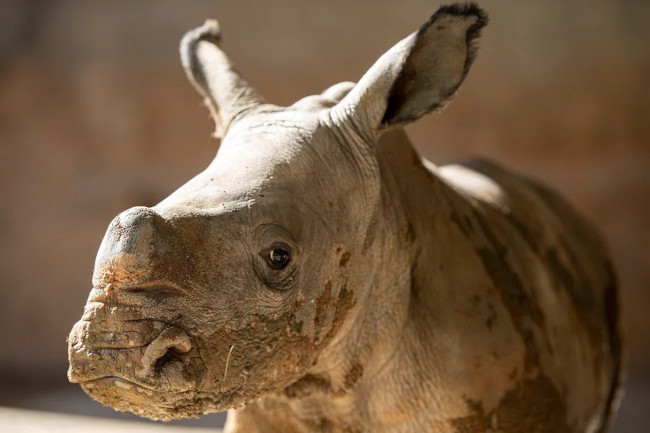 Speaking of the three white rhinos born at Animal Kingdom, we now know the name of the youngest.

Right before the end of 2021, Disney announced the birth of a healthy white rhino calf. That little (but not so little) lady will go by the name Logan.

Now, before you ask: They didn’t name Logan after everyone’s favorite Canucklehead as covert advertising for the upcoming Disney+ series X-Men ’97. It’s just a portmanteau of her parents’ names—Lola and Dugan.

Including Ranger, Mylo, and Logan, 13 rhinos have been born at Disney’s Animal Kingdom. The Association of Zoos and Aquariums oversees breeding to ensure that this near-threatened species and other endangered species are being properly cared for.

See Mylo and Ranger at the Harambe Wildlife Reserve 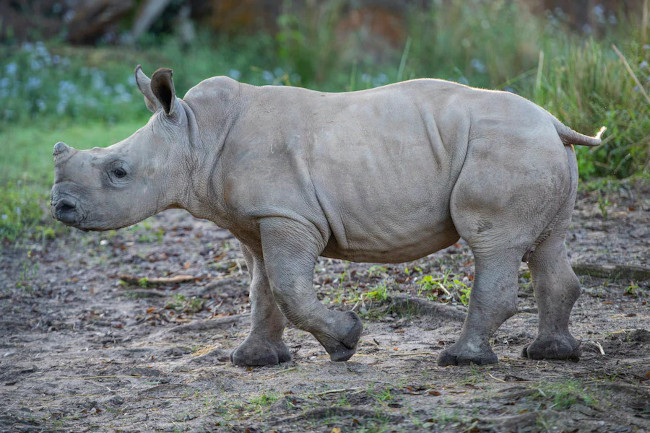 Mylo is already making himself at home. Photo courtesy of Disney Parks Blog

It’ll still be a while yet until Logan makes her way out into the savanna. You’ll probably see her out and about with the crash starting in March.

But if you find yourself at the Harambe Wildlife Reserve before then, be on the lookout for Mylo and Ranger. They’ll be out playing, exploring, and just looking flat-out danged cute.

Walt Disney Parks & Resorts Director of Animal & Science Operations Scott Terrell says that he and his team hopes seeing these incredible creatures in person “sparks a lifelong respect and passion for nature that extends beyond our theme park into action and conservation for the species.”

Which creatures great or small do you love seeing the most at Animal Kingdom? Head on over to the WDW Magazine Facebook page and share the animals that melt your heart most.