Aulani Tips and Hacks: How to Get the Most Out of Your First Aulani Vacation

by Adults in Disney | Jan 20, 2022 | Adventures By Disney, DVC Destinations, International Parks, News Outside the Parks 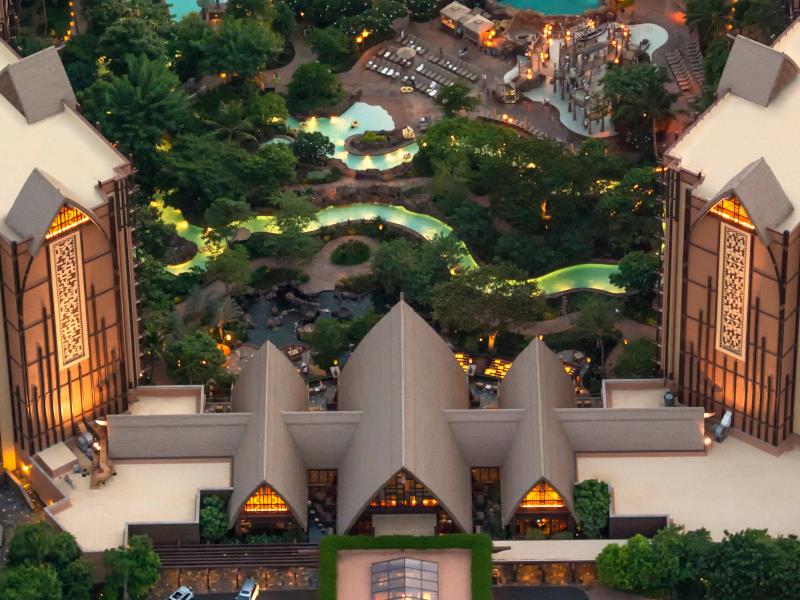 We share our top Aulani tips for first-timers and regular vacationers to Disney’s Hawaiian retreat.

Aulani is located on the island of Oahu, Hawaii, and is the most magical way for Disney fans to visit the most remote US state. We recently took our first vacation to Disney’s Aulani, and we loved it!

As it was our first trip to Aulani, we picked up a lot of great tips to share that will hopefully help make your first vacation to Aulani even better.

But first: We captured highlights of our trip to Aulani and made a video series that shares everything we did during our vacation, including clips of the entertainment, food options, a full resort review, and other fun!

There are five videos in the vlog series, with our resort review providing a room tour along with information about what to expect when visiting Aulani.

Now that you what Aulani is all about, let’s take a look at what will make your experience that much better:

1. The Early Bird Gets the … Best Pool Spot 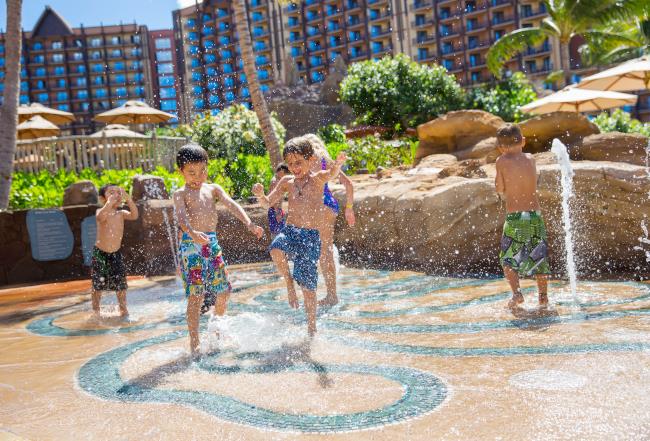 In our normal life, we are early risers. Add to that the time change when traveling to Hawaii, and it meant that we were up well before sunrise every day while at Aulani.

So how early do you need to be up to get a good chair at Aulani? Most mornings, we were out at the pool by 6:30 AM to grab a seat.

When you are done with your seat later in the day, the Cast Members ask that you remove your items so that other guests may use the seats. If you do not care about which seat you get, this tip can be a lower priority as there were lots of spots if you didn’t mind a seat on the beach or a bit further back from the pool.

2. Grab a Drink at the Olelo Room 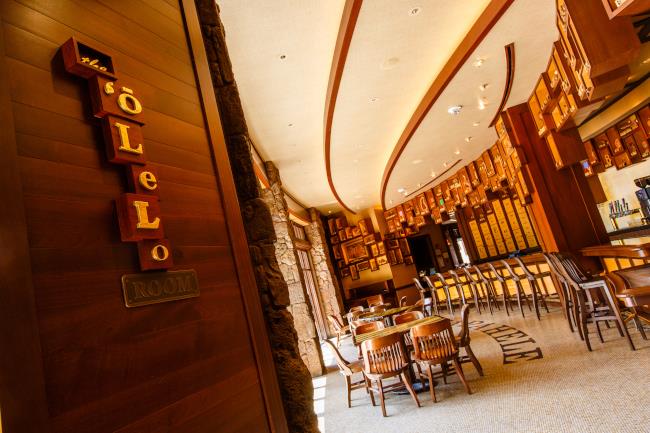 Every night of our trip, we stopped in the Olelo Room. This indoor-outdoor bar is located on the ground level of the resort next to the pool.

One of the best aspects of the Olelo Room is that there is live music every night. The drinks are delicious, and it is the perfect setting to sit back and relax.

The Olelo Room even has a variety of food options. Our favorite item was the Torched Hamachi Pacific Sushi. 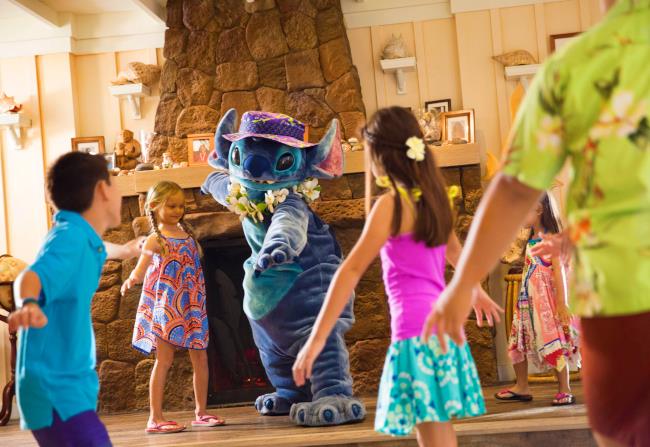 There are a bunch of Disney characters around Aulani. You can check with a Cast Member to see when and where the characters are meeting or check the Disney Aulani App for character meet-and-greet information.

The characters all had unique Hawaiian outfits. In addition to Mickey and Friends, we met Stitch and some of the Duffy and Friends characters. The character interactions were amazing, and typically there was little to no wait to meet them.

Did You Know? Aulani has its own Ambassador, just like Walt Disney World. To learn more about the Disney Ambassador program and other unique Cast Member stories, subscribe to WDW Magazine before the end of January. You’ll get our special Cast Member Magic issue in February 2022. 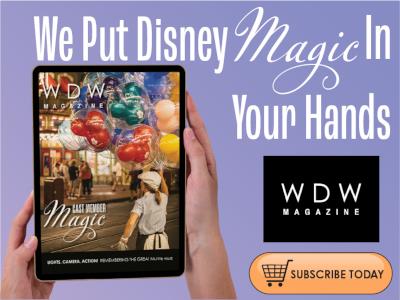 4. Check out the surrounding areas outside of Disney

While Aulani is amazing and has a lot to do, there are also a lot of other fun things to check out on the island of Oahu. Yes, it’s OK to break the Disney bubble at Aulani!

We rented a car while at Aulani so that we could explore the rest of the island. Our favorite spot outside of Aulani was Kualoa Ranch.

If you don’t want to explore on your own, Disney also has excursions you can book directly through Aulani.

If you’re looking to try some of the food options outside of those available at Aulani, the most popular option is Monkeypod in Ko Olina. This restaurant is about a 5-minute walk from Aulani and has great food and drink options. If you’re looking for a break from the resort, we highly recommend checking it out. 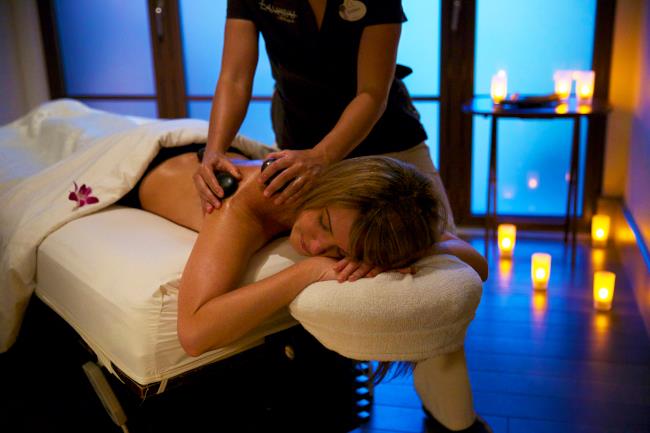 When we visit a Disney Park, we try to squeeze in as much as possible, which typically means there is little rest time. While Aulani and Hawaii have a lot of things to see, a vacation at Aulani is meant for relaxing.

Be sure to take advantage of taking a midday nap listening to the ocean waves or sitting back and having a drink while watching the sunset. Aulani is a beautiful setting; it’s made for relaxing and soaking it all in.

Check out WDW Magazine’s own video footage straight from Aulani: 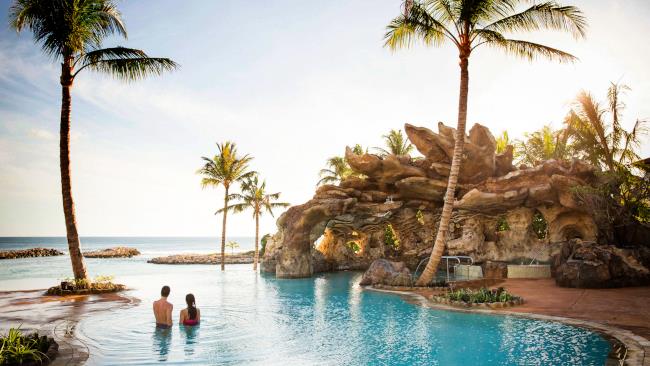 We hope that these Aulani tips and our video help share the Disney magic and provide some useful information ahead of your vacation to Aulani. If you need help planning, get a FREE quote from a Disney Travel Agent. They’ll help you find the best deals for your dream vacation to Aulani.

5 Ways to Use Less Plastic at Disney World

Written by Adults in Disney

Jeff and Sara are a married, Disney-obsessed couple that often has to explain to family, friends, and strangers why two adults, with no kids, go to Disney … a lot. They have been to all 12 Disney Parks in the world and love sharing their adventures. In addition to writing for WDW Magazine, they share their Disney adventures on their Adults In Disney YouTube channel.

Written by Adults in Disney

Jeff and Sara are a married, Disney-obsessed couple that often has to explain to family, friends, and strangers why two adults, with no kids, go to Disney … a lot. They have been to all 12 Disney Parks in the world and love sharing their adventures. In addition to writing for WDW Magazine, they share their Disney adventures on their Adults In Disney YouTube channel.