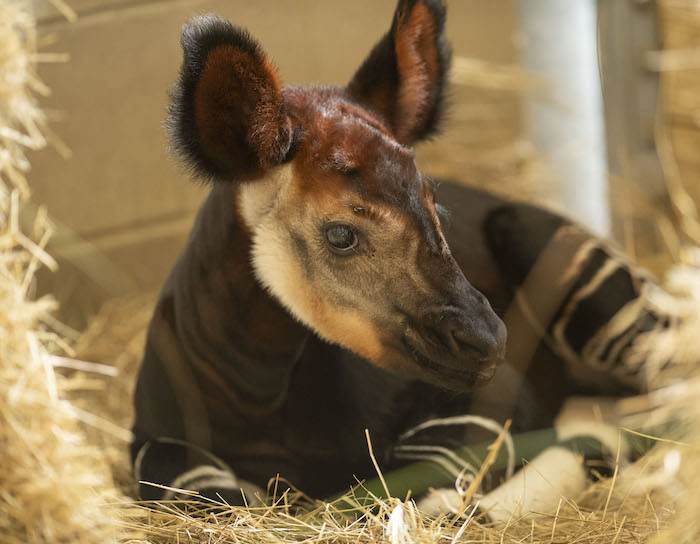 On October 1st, Disney’s Animal Kingdom Lodge welcomed a baby okapi calf to parents Zelda and Mandazi. Disney announced the birth on October 18th in honor of World Okapi Day. Upon birth, the calf weighed 54 pounds. He was even up and walking within the first hour of his birth!

The calf and his parents will remain in a backstage habitat for several months while animal keepers observe the animal and allow him to bond with his mother. Just take a look at how cute he is in this Disney Parks Blog video!

Like Lily and George, the parents of the baby giraffe born at Animal Kingdom this past summer, Zelda and Mandazi were selected to breed for the Species Survival Plan (SSP), which is overseen by the Association of Zoos and Aquariums. The SSP is essential to the long-term survival of threatened or endangered species by ensuring responsible breeding. 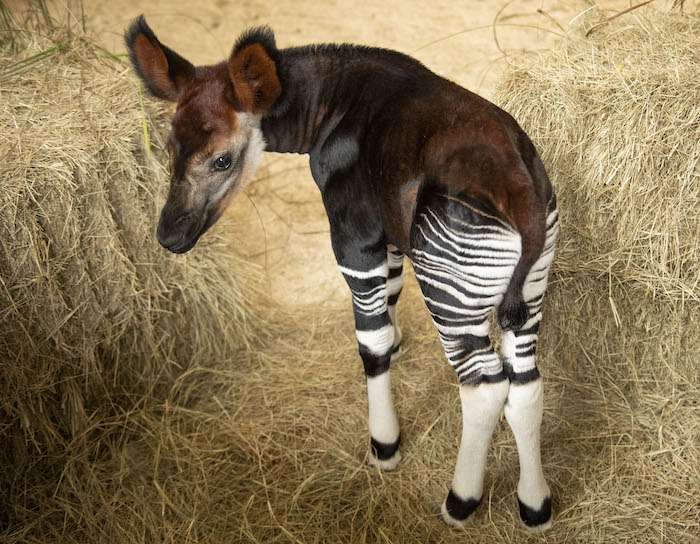 With the help of the Disney Conservation Fund, Disney has been working with the Okapi Conservation Project in the Democratic Republic of the Congo to help save this species. If you’d like to learn more about the okapi and the threats they face in the wild, visit DisneyAnimals.com.

Guests who visit Disney’s Animal Kingdom Lodge can get a glimpse of over 30 species of African wildlife including zebras, giraffes, gazelles, and soon the baby okapi – when he’s ready to make his savanna debut, of course!