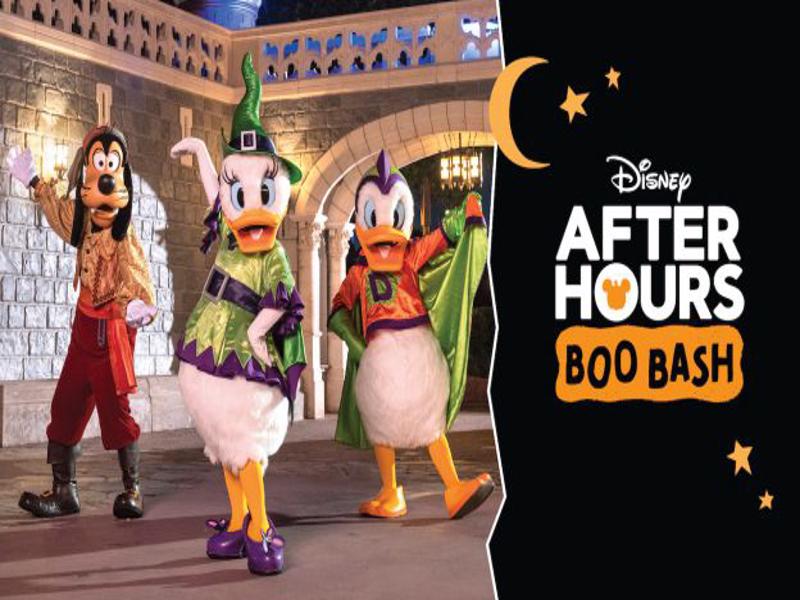 This year, the Halloween season officially starts on Aug. 10. That’s when the Disney After Hours Boo Bash kicks off, bringing all sorts of spooky good times to Walt Disney World Resort.

So what’s in store at the Boo Bash? More stuff than you can shake a witch’s broomstick at.

Scaring Up Quite a Good Time 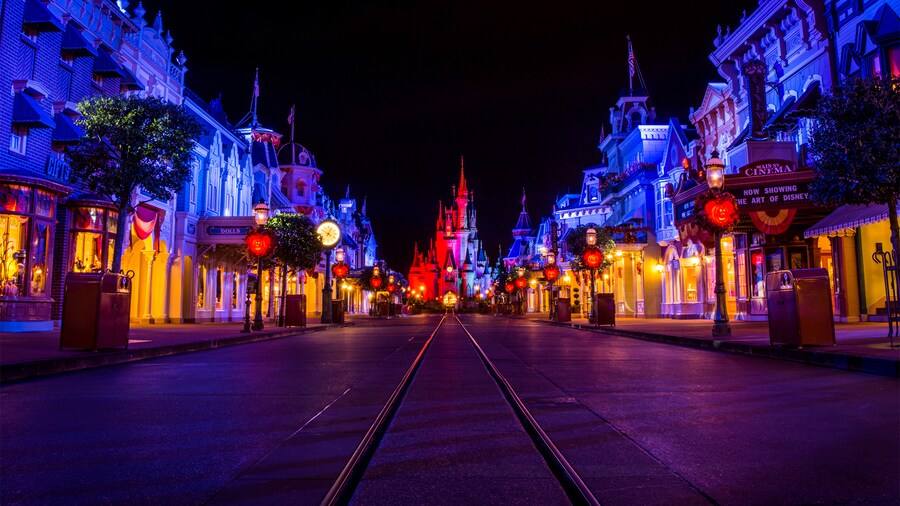 Main Street, U.S.A., will be Halloween central during the After Hours Boo Bash. Courtesy of Walt Disney World

Nearly a month after it was first announced, we now have some ghoulishly good idea of all the cool stuff happening at the Boo Bash. It’s certainly sounding like a graveyard smash. 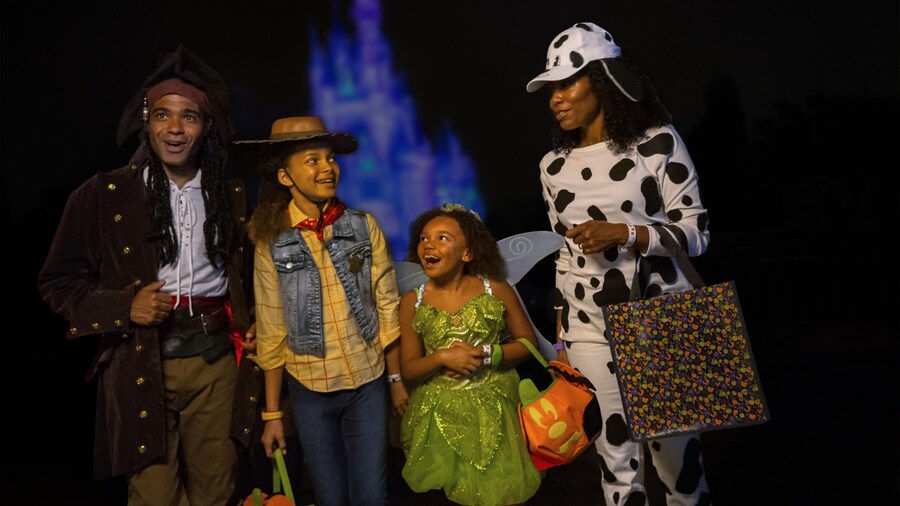 For starters, the first question on the minds of many: Can you wear costumes? The answer is an emphatic yes! However, costume masks will not be permitted for guests over the age of 14.

Whether you come dressed up like Thor or one of the Sanderson sisters, you’ll have plenty to do during the Disney After Hours Boo Bash. You’ll definitely want to take a long stroll down Main Street, U.S.A., to check out all the Halloween and Cinderella-inspired décor.

Along the way, you’ll run into all manner of guests, including Miss Carlotta from the Haunted Mansion and Chip ‘n’ Dale. While you’re on Main Street, you’ll also be able to enjoy the dulcet tones of the Cadaver Dans. 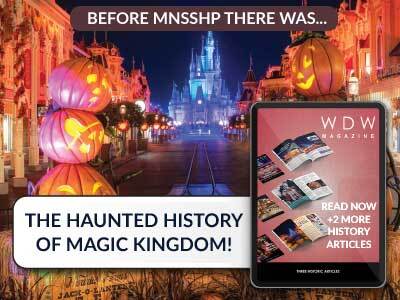 Come Hungry and Ready to Ride 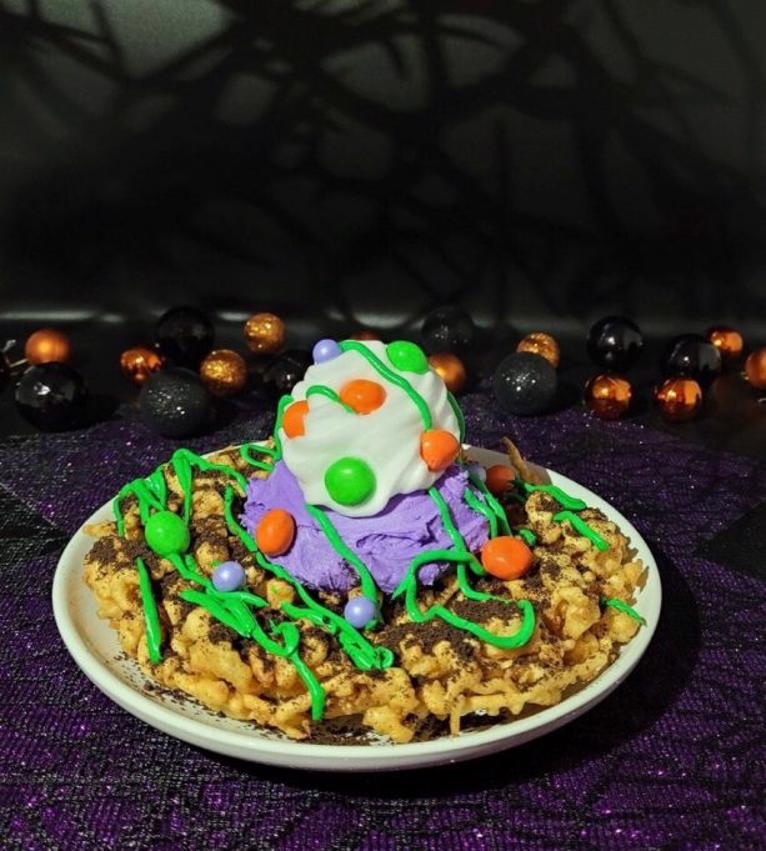 You’d be foolish not to try the Foolish Mortal Funnel Cake. Courtesy of Disney Parks Blog

And what exactly would a Halloween celebration of this scale be without sweets? The Disney After Hours Boo Bash has you covered with complimentary snacks included in the cost of admission.

If you don’t fill up on popcorn and ice cream, there’ll be a whole bunch of special treats up for grabs during the event. That includes the Foolish Mortal Funnel Cake and the Apple Ginger Dale—a mix of apple cider and ginger ale topped with whipped cream.

Temper your appetite accordingly, because Boo Bash will also offer shorter wait times at 20 of your favorite attractions. You can ride Jungle Cruise, Space Mountain, and, of course, Haunted Mansion and spend less time standing in line.

23 Nights of Fun and Frights 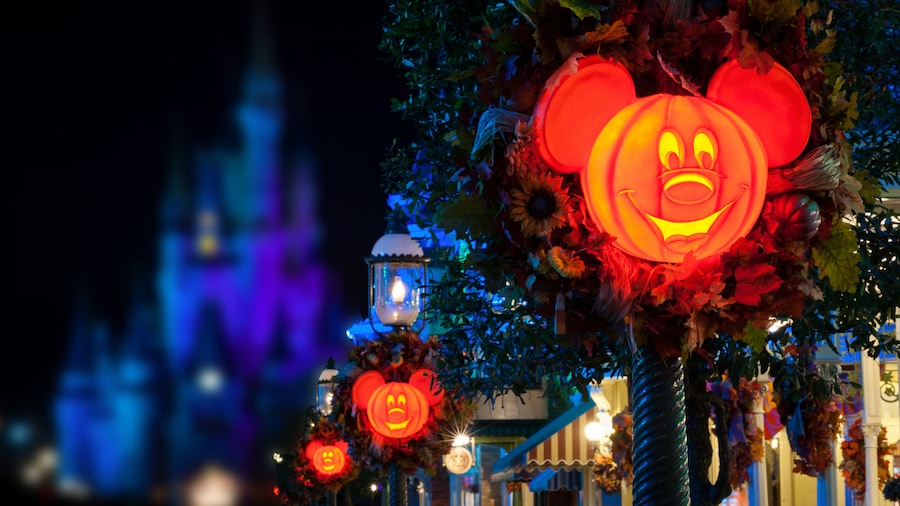 Disney revealed on Wednesday the nearly two dozen chances you’ll have to get your Halloween on at WDW this year. Boo Bash runs from 9:30 PM to 12:30 AM on the dates below.

On the following dates, the event takes place from 9 PM to midnight.

You’ll have your chance to purchase tickets for your date(s) of choice on June 15. Tickets for the Boo Bash are available online or by calling 407-939-4240.

If you’re a guest of select Walt Disney World Resort hotels, you might be able to book as early as June 8.

How Much Will the Disney After Hours Boo Bash Cost? 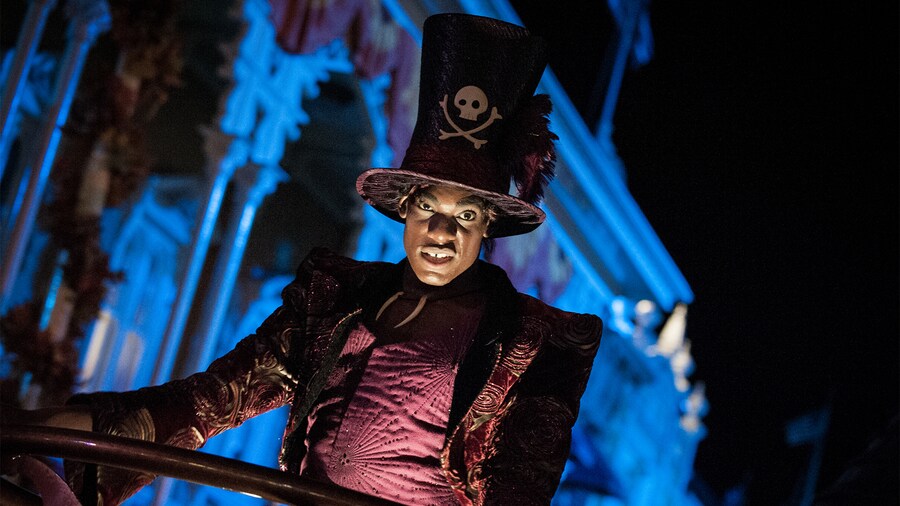 Are you an Annual Passholder or Disney Vacation Club Member? You can save $10 off your purchase for dates in August and September.

Tickets for the Disney After Hours Boo Bash are not included in your admission to Walt Disney World Resort. However, purchasing a ticket will grant you early access to the Magic Kingdom from 7 PM on the night of your event.

Tickets and capacity are limited, so act fast! The most frightening thing of all might be missing out on your chance to take part in the Disney After Hours Boo Bash.

What are you looking forward to most in the fall? Head over to our Facebook page and tell us all about your pumpkin spice obsession.