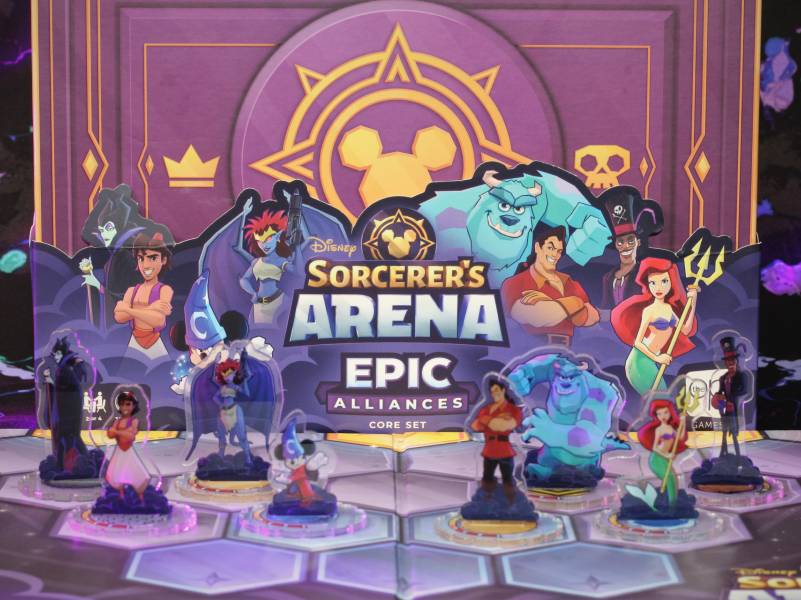 Did you love Sorcerers of the Magic Kingdom? Here’s a suggestion for another game that you’re gonna love! Read on for our Disney Sorcerer’s Arena: Epic Alliances Board Game Review.

One of the biggest loses for Disney gaming fans in recent years was the demise of Sorcerers of the Magic Kingdom. The immersive, collectible card game provided hours of fun for visitors like me. We spent hours dashing around the park finding hidden portals with Spell Cards and joining in epic battles. I was such an enthusiast that I have a complete set of Spell Cards so I can play the home version!

Now that Sorcerers of the Magic Kingdom is gone, will there ever be another game that can scratch that same Disney battle itch? I think I’ve found a replacement: Disney Sorcerer’s Arena: Epic Alliances.

In this new skirmish board game from The Op, you’re a Summoner who forms a team of your favorite Disney characters to face off against an opposing Summoner. This terrific tabletop tumult captures what I loved about Sorcerers of the Magic Kingdom, seeing beloved characters put up their dukes in a magical battle royal.

I received a copy of Disney Sorcerer’s Arena: Epic Alliances and immediately cleared off my dinner table for a fight. I’ve never played the mobile video game that inspired this tabletop version, so I can’t speak to its adaptation from digital to physical medium. But, I’m a huge board game nerd and fellow Disney enthusiast, so this was right up my alley. 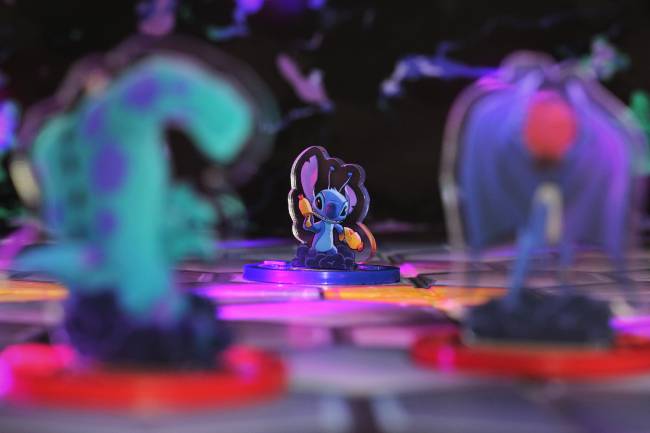 You have a few important decisions to make before you can begin battling. First, how many Summoners will participate in this bewitching beatdown? You can play with four people in pairs as two teams; or, just you and a buddy can be direct opponents.

Then, the toughest choice: Which Disney fighters will you draft for the mystical melee?

Select three characters if you’re playing head-to-head. As part of a team, you only get two picks. Each one has their own special skills, individual decks of cards, and different approaches to combat. 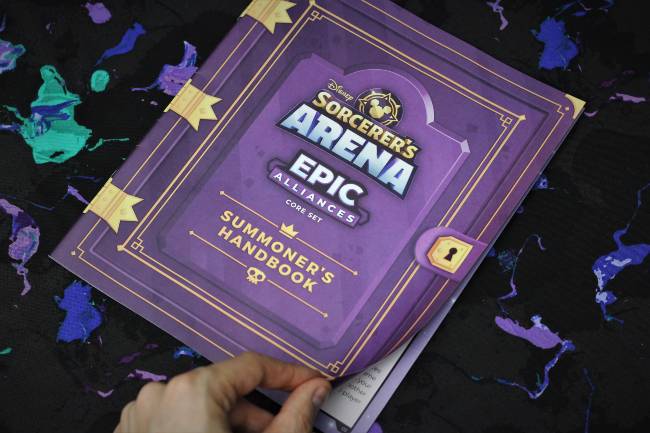 You’ll find the instructions on how to play in the Summoner’s Handbook. This purple tome is divided into four chapters to gradually introduce elements of the game in increasing complexity. Here’s a quick overview of this wizardly wrangle works.

The goal is to be the Summoner or team with the most victory points. You earn these by controlling golden VP spaces on the arena board and by knocking out opposing characters. So, you can imagine how quickly the events on the board become a big “king of the hill” brawl.

On each warrior’s turn, they can move, attack, and use their special ability. You can do this by using cards from your deck that improve performance or following the basic ability levels, which lets you save your cards for better opportunities later.

When you do employ a card, it goes into your discard pile—and can later be redeemed to upgrade your characters with additional powerful abilities.

Once a player reaches a threshold of total VPs, the remaining round finishes up. As the spellbinding scuffle for supremacy ends, the dust settles and a winner is declared. Did you come out on top, or will you have to bow to the champion? 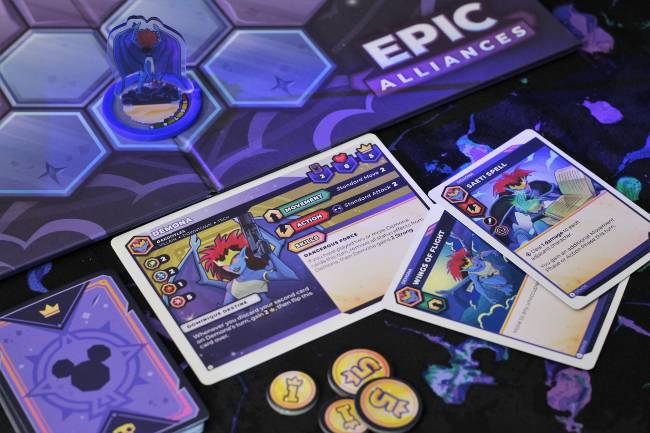 Thoughts on the Colorful Cast of Cartoon Combatants

There are many positive things I can say about Disney Sorcerer’s Arena: Epic Alliances, but let’s start with the thing you’re most interested in. Obviously, to a Disney devotee, the biggest appeal here is the roster of characters.

There are some excellent inclusions in the core set that delighted my inner fanboy. Who would’ve thought that Demona would make the cut? It’s great that Pixar let us put Sulley in the fight. And I’m always happy to see Dr. Facilier get some representation.

Die-hard Disney fans will appreciate the careful consideration that went into crafting each character’s unique abilities and play style. For example, 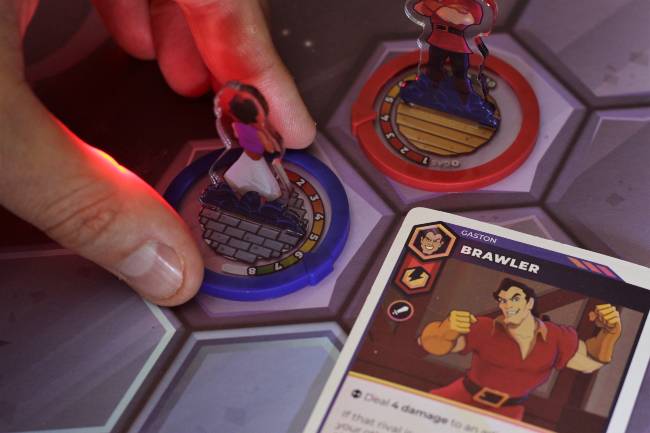 It’s a delight to see the personalities of each character shine through. Plus, the cards feature charming digital art for all of the characters that show them in action poses. That’s far better than screencaps from existing media.

While some hard-core gamers may have preferred plastic miniatures, I personally love these acrylic standees. They do a great job of capturing the animation artform and portraying characters in ways reminiscent of their two-dimensional designs. Three-dimensional sculptures wouldn’t have captured that as well.

Just don’t forget to remove the clear film from their surfaces!

Into the Fray: How Fun Is Disney Sorcerer’s Arena: Epic Alliances?

Now let’s take a look at the meat and potatoes: the fantastical fight. How enjoyable is the game itself? 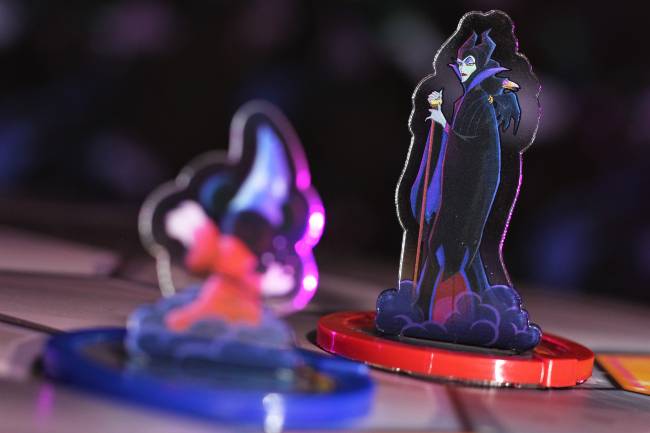 Every playthrough of Disney Sorcerer’s Arena: Epic Alliances usually begins the same way, with everyone rushing to the middle of the board where the VP spaces are. But gradually, the distinctive dynamics of each fight come to the surface as different attack styles, card abilities, and decisions cause the battle to evolve. What begins as a frantic feud becomes a careful contest of planning your tactics multiple turns in advance.

The core design of this skirmish game is streamlined and user-friendly. Some characters are more complex, like how Davy Jones curses himself, his allies, and his rivals. That’s not a character I’d suggest a beginner play with, so it’d be nice if The Op included a ranking on each character’s complexity (like they did on Smash Up: Disney Edition).

Luckily, you can scale down for new or young players by sticking to earlier chapters of the rulebook that eliminate the more complex elements like upgrading your characters and using their unique abilities. 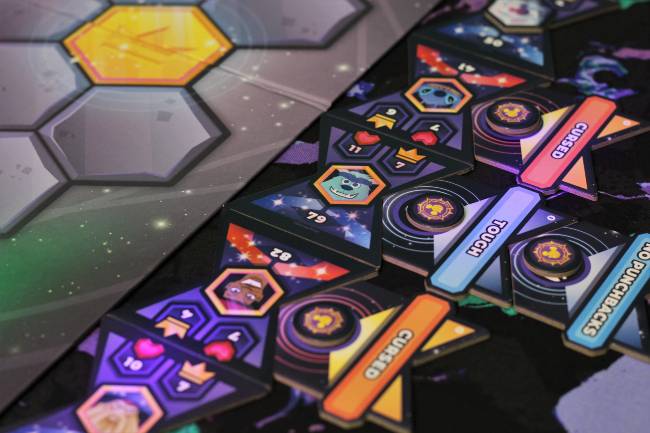 As much as I enjoyed playing Disney Sorcerer’s Arena: Epic Alliances over and over, there were a few qualms I had with it. The instruction booklet is organized well (in chapters) for learning the game but not for looking up specific rules later on. It could’ve benefitted from an index for locating specific things.

Also, I’d like to see future expansions add more ways to interact with the environment beyond the golden VP spaces. The arena itself is very plain.

Ultimately, the appeal of Disney Sorcerer’s Arena: Epic Alliances comes—obviously—from the theme of Disney. That’s what sets it apart from other similar skirmish games on the market, such as Unmatched, HeroClix, and Funkoverse. 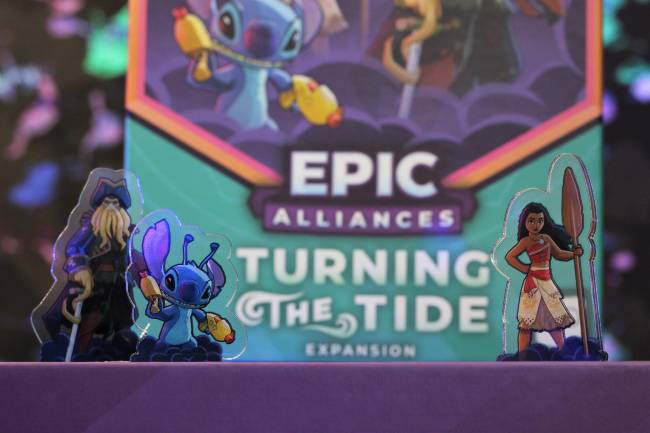 Which Other Disney Characters Are Waiting on the Sidelines?

One of the most enticing elements of Disney Sorcerer’s Arena: Epic Alliances is the endless possibilities of expansion packs that add more characters. Turning the Tide was the first expansion, and it added some extra flavor to the core set.

The OP has already announced its second expansion: Thrills & Chills, which will be a fantastic addition this October when I’m in the Halloween spirit. It adds the Horned King, Jack Skellington, and Mother Gothel. Yeah, you read that right—the Horned King from The Black Cauldron. Talk about fan service!

Once you become familiar with Disney Sorcerer’s Arena: Epic Alliances, you’ll quickly start thinking, “I sure hope they add my favorite Disney characters!” It’s hard not to begin dreaming about which future expansion sets you’d want to see produced. 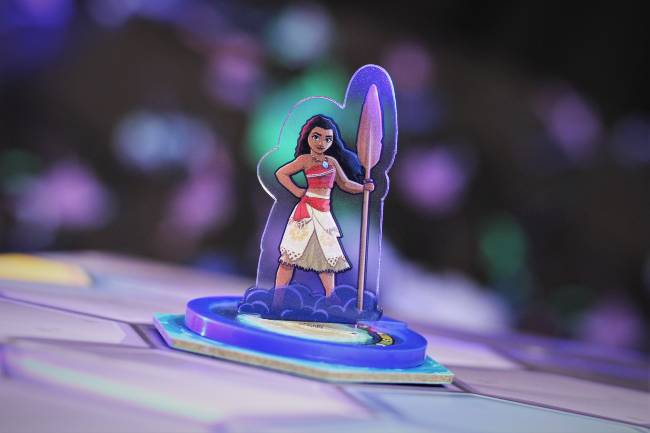 Obviously, Hades and Merlin should be on the docket next, but what other characters would you love to see added to the roster?

My and my wife’s vote is for a Disney Afternoon expansion pack that adds Darkwing Duck, Don Karnage, and Gadget in the Ranger Plane. We’d also be satisfied with Gizmoduck or Wildwing Flashblade (now that would be a deep cut!).

Disney Sorcerer’s Arena: Epic Alliances Board Game Review: This Game Is a Knockout

Disney Sorcerer’s Arena: Epic Alliances is of the first few original games from The Op, a publisher that normally specializes in taking familiar games—like Monopoly and Clue—and giving them a Disney-themed treatment.

Is this new Animated altercation a winner? I think so! There’s already been a lot of positive buzz in the family gaming community about how fun Disney Sorcerer’s Arena: Epic Alliances it—and it’s easy to see why. 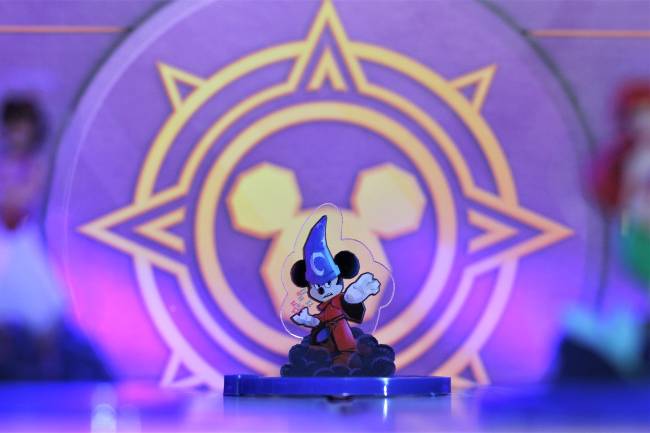 As a battle royale skirmish game, Disney Sorcerer’s Arena: Epic Alliances packs a punch. You’re always on the edge of your seat as you await your next turn to unleash a massive attack or dash across the board and knock out a rival. In all honesty, I enjoyed it more than most Disney-themed board games, including popular ones like Villainous, and I look forward to many great expansions in the future.

Buy a copy of Disney Sorcerer’s Arena: Epic Alliances and start a magical fight with your friends or family!