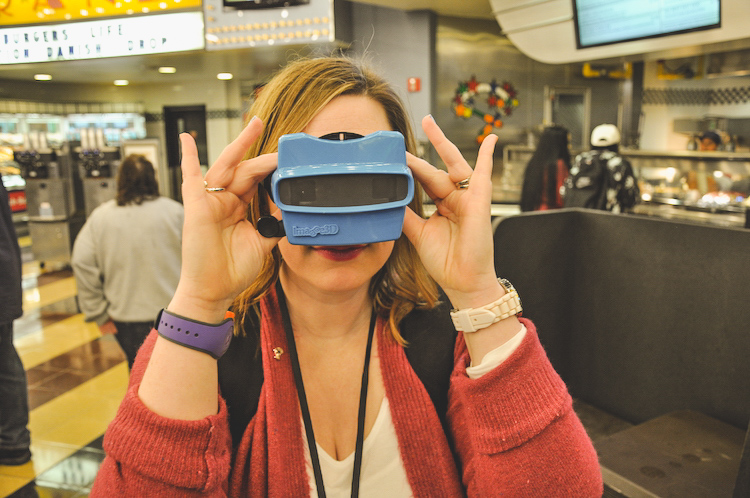 I am a HUGE fan of the Value Resorts at Walt Disney World.  I almost always stay in them, and for some reason, I’ve just never planned a trip to Disney’s All-Star Movies Resort.

We were recently invited by Disney to visit Walt Disney World Resorts. When we toured this property, I found out some fun details that I’m dying to share—because they have me ready to book a stay, and I think you’ll agree … this is the place to be if you’re  Disney movie buff!  Here are 7 things I bet you didn’t know about Disney’s All-Star Movies Resort: 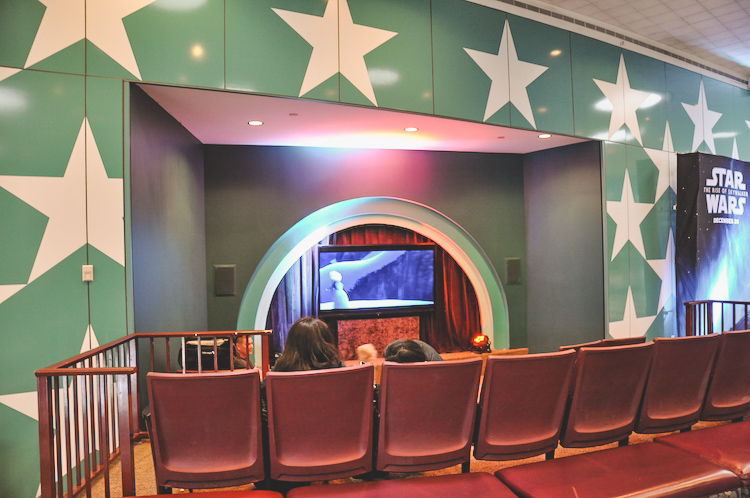 They have a cinema in the lobby! Photo by Danny Shuster

They Have a Cinema!

Okay, this is pretty amazing, not to mention on-point for a resort-themed to movies.  Disney’s All-Star Movies Resort literally has a miniature cinema where you can sit and watch Disney films!  This is located right in the main lobby and is the perfect place to stick the kids while you check-in or visit the concierge, but I can also see it being a great option on those rainy days.  Round the clock movies, theatre seating, sign me up!

This resort, like all others on WDW property, also hosts movies under the stars nightly—but unlike other resorts, they have a special covered area called The Reel Spot where there are hosted, meaning they don’t have to cancel if there are showers in the forecast.  Awesome! 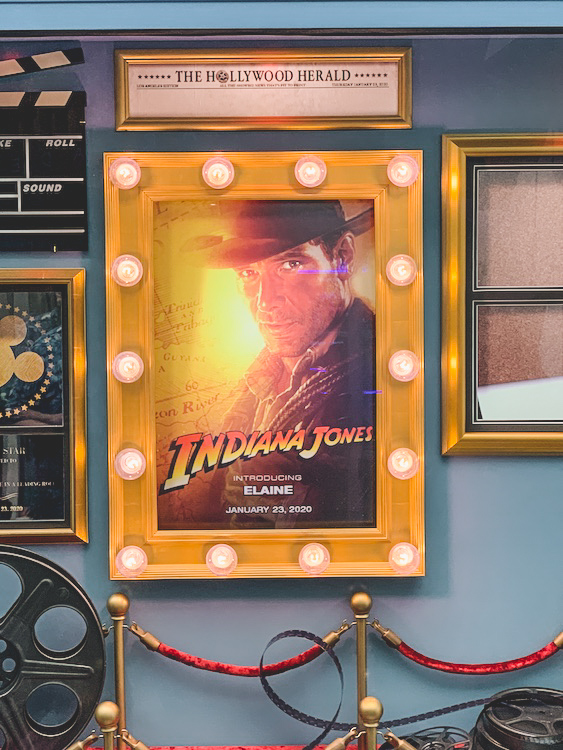 This movie poster magically changes to star YOU! Photo by Stephanie Shuster

YOU Are the Star!

The movie posters hanging in Cinema Hall hide a hidden detail – one of them actually changes every minute or so as it pulls named from nearby MagicBands!  This technology is also used in the queue for Expedition Everest and the closing scene of “it’s a small world,” but it doesn’t make it any less cool to see here!  Stick around for a minute and see if you’ll be the next big star!

There is a Secret Menu!

There is a legit SECRET MENU in World Premiere Food Court!  Not just one of those things where you say “I’ve heard you’ll make this even if it isn’t on the menu” but something that’ll really make you feel like you’re in a 60’s spy thriller.

Head on over to the Roxy counter, and ask about the secret menu.  A Cast Member will bring out a metal briefcase filled with ViewMasters. 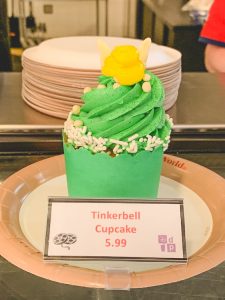 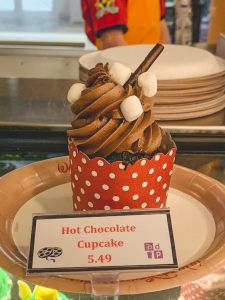 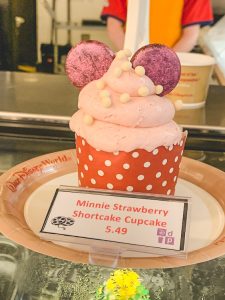 Ornate cupcakes are popular across the parks and resorts, but you see so many of the same ones again and again (hello, rose gold Minnie cupcake, unicorn rainbow cupcake, and cookies and creme Mickey cupcake!) that it’s REALLY fun to see some unique creations here.  Plus, they’re TASTY and a great use of a Disney Dining Plan Snack Credit.

The rooms at All-Star Movies have recently been renovated. Photo by Stephanie Shuster

In case you haven’t heard, Disney’s All-Star Movies Resort has undergone a big renovation, replacing their dated rooms with a fresh new style.  These are now exactly the same layout and furnishings as the new Pop Century rooms, (click here for a video tour of a Pop Century room), with a few color/artwork changes.  Comfy, convenient, and cost-effective! 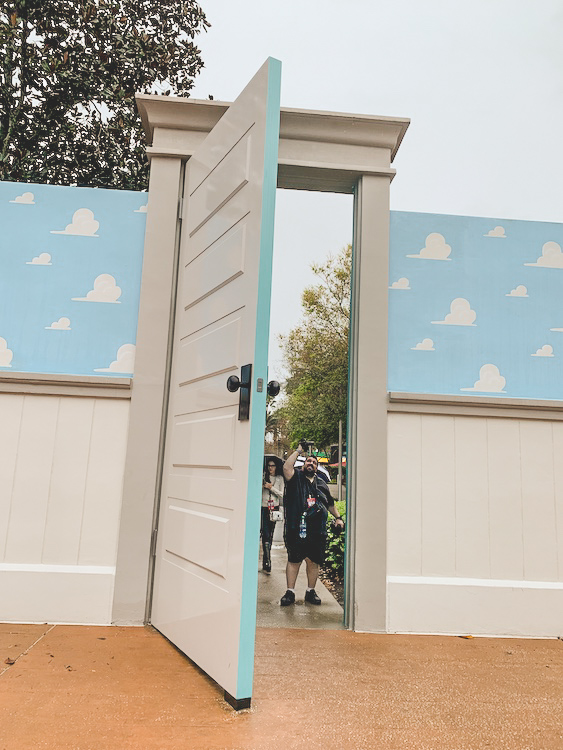 There are five films represented at Disney’s All-Star Movies Resort: Toy Story, The Mighty Ducks, Fantasia 2000, 101 Dalmations, and The Love Bug.  Each area has an incredibly colorful, themed courtyard (and sometimes a pool!) that gives your whole family plenty of things to see and interact with.

Count the Dalmations: do you see 101?  Pose in the RC Racer!  Swim in THE duck pond rink! 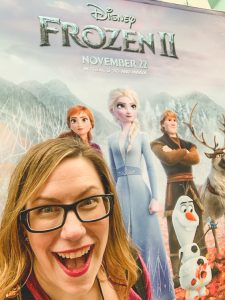 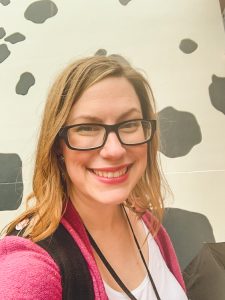 Is this the next #DisneyWall? Photo by Stephanie Shuster

Is it even a Disney trip if you didn’t get some Instagram-worthy shots?  Didn’t think so.  Don’t worry—this resort has you covered.  From bright and pattered walls (how cool would it be to “discover” the next #DisneyWall?!) to first-run film photo backdrops, there is no shortage of camera-worthy places to strike a pose.

Sounds like a movie-lover’s dream come true, right?  It could be your reality!  Get a quote on your stay at Disney’s All-Star Movies Resort from our partners at Destinations to Travel today!

Thanks to Disney for hosting us on a 3-night Resort Showcase where we got to tour and experience many of Walt Disney World’s resorts and restaurants, including Disney’s All-Star Movies Resort. #wdwresorts #deliciousdisney