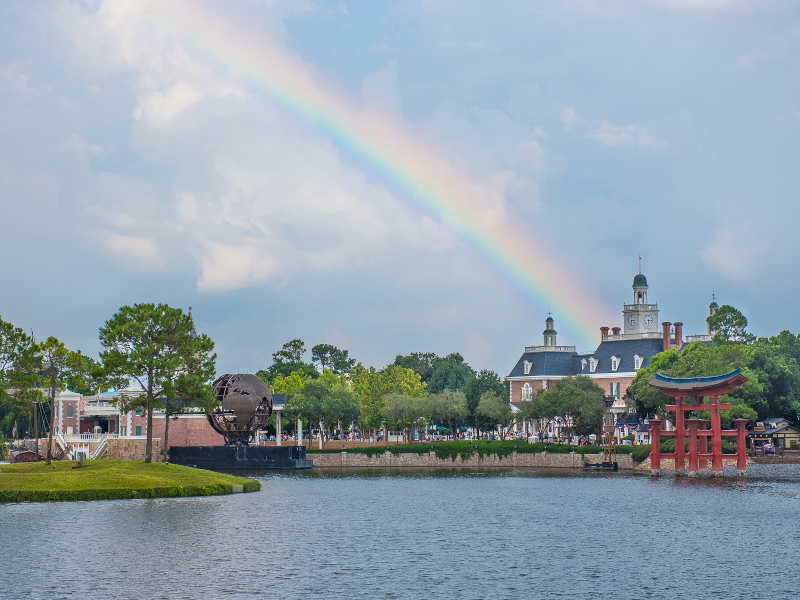 Here’s where to find Figaro, Mushu, and more of your favorite Disney friends with these World Showcase PhotoPass Magic Shots at EPCOT!

Some of your favorite Disney sidekicks can be found in World Showcase at EPCOT with just a little Disney magic from PhotoPass Magic Shots.

Remember me? Hector from Coco brings musical magic to the iconic pyramid in this photo with @disneyrunningdopey22

Tip: look for the PhotoPass photographers that are holding their cameras. They are more likely to have Magic Shot options than those with a tripod.


Thanks to readers like you, we’re able to keep our site free of disrupting ads. Please consider subscribing to our print edition if you’d like to support us directly, and feel free to sign up for our free newsletter so you never miss out on spotlights like these!

The grassy rooftops of Norway quickly transport you north and to thoughts of snow and letting it go.

The stubborn carrot-loving Sven has been popping into photos, and he’s at the top of my Magic Shot “must-have” list!

He is the first character I’ve seen doing a true photobomb in his magic shot, like in this shot with @luisangel4512. 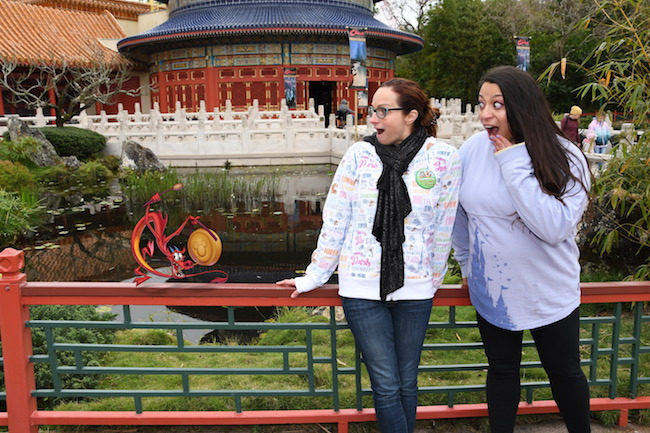 Mushu is ready to make some noise with a Mickey gong in his magic shot in China. Photo by Trisha Daab

The China Pavilion is so beautiful, and makes a stunning backdrop for photos.

Those photos are made even more magical by a certain fast-talking guardian dragon, Mushu!

Tip: Remember that the Magic Shots are supposed to be a little surprise sprinkling of pixie dust added to your photo. When asking a PhotoPass photographer for a specific one, put on your best smile and bring your manners!

4. The Purrfect Magic Shot in Italy 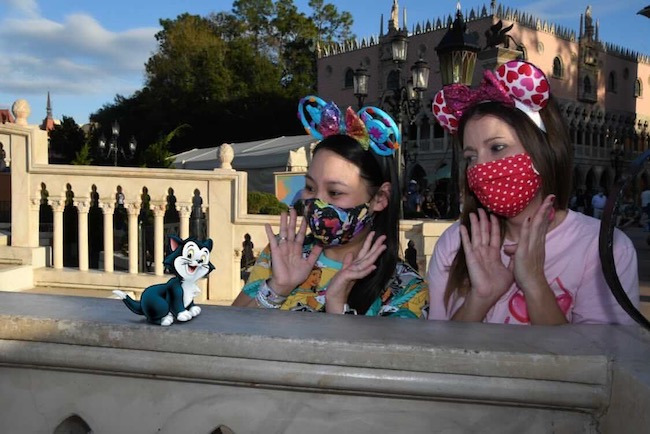 This Magic Shot makes me want to reach into this photo and snuggle Figaro! Photo by Julie de la Fe and Tina Chiu

Minnie’s furry little friend is so soft and cuddly and is the perfect addition to a photo with the beauty of the Italy Pavilion as a backdrop. 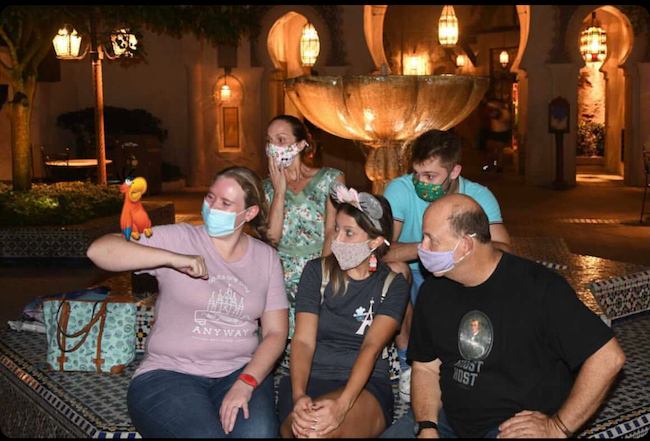 Iago is giving this group of writers and reporters from WDW Magazine the evil eye!  Photo by Trisha Daab

We don’t see too many villains popping up in Magic Shots most of the year. They tend to come out at Halloween and usually at the Magic Kingdom.

But if angry birds are your thing, you can often find Iago in Morocco.

The fountain area in Morocco makes a gorgeous backdrop for photos day or evening.

Tip: If you’re determined to get all those Magic Shots and don’t get PhotoPass photos for free, consider Memory Maker. With 7+ Magic Shot options dotted around the World Showcase and a per photo cost of $14.95+, the costs quickly add up. Disney is currently offering an option for 1 Day Memory Maker for $69.00 with the option to add a day! See the details here.

6. Be Our Guest in France 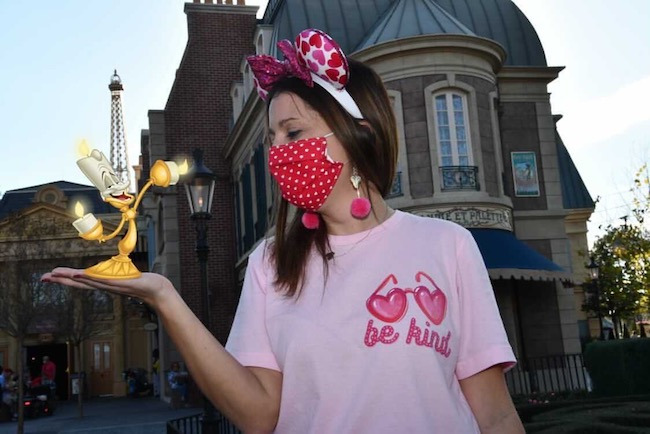 Lumiere looks as if he is ready to sing and dance. After all, this is France! Photo by Julie de la Fe

They can sing, they can dance, and they can magically appear in photos!

In France, both Chip and Lumiere have been spotted making some l’enchantement.

Tip: Didn’t get the Magic Shot you were hoping for? Some pavilions have multiple PhotoPass photographers, and the photographers rotate locations fairly regularly. Try a different photographer or give it about an hour or so and maybe try the same location again.

Fingers crossed… With the Ratatouille ride set to open in 2021, we’re hoping our favorite little chef Remy will scurry into some photos.

A post shared by Julie * FL Parks and Fun (@sonshine.adventures)

7. Pixie Dust Around The World Showcase 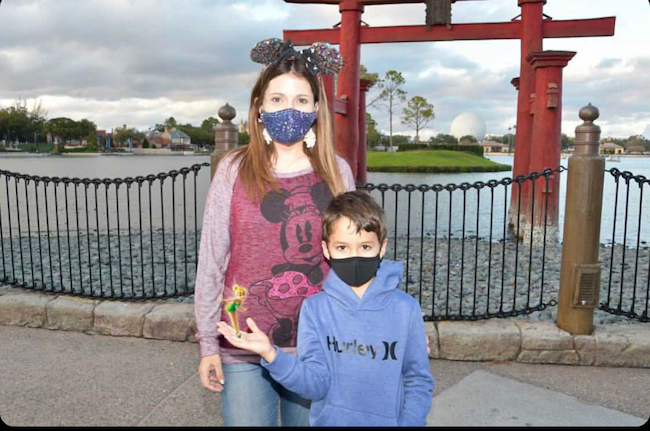 With all that pixie dust, Tink gets into photos all around Walt Disney World, even Japan. Photo by Trisha Daab

As a symbol for Disney Parks, Tinker Bell tends to be in photos everywhere!

She’s been spotted in Animal Kingdom by the Tree of Life, dressed for the holidays in Magic Kingdom, near Future World at EPCOT, and even surprised our WDW Magazine reporter Julie @sonshine.adventures and her son in the Japan pavilion! 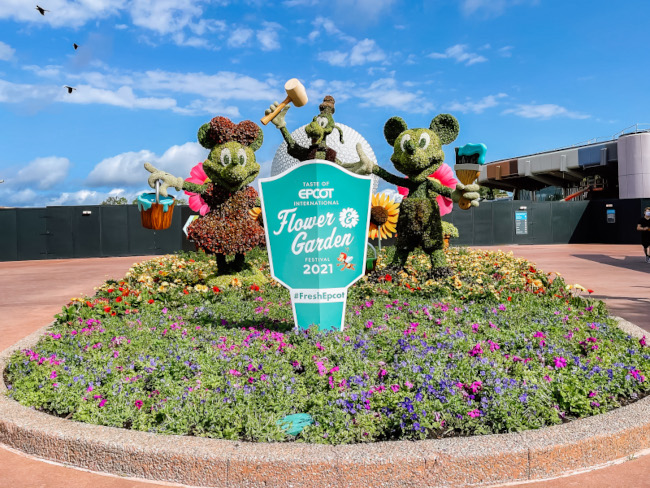 Love World Showcase? Us too! With the Flower and Garden Festival in full swing at EPCOT, you can get your PhotoPass Magic Shots as you snack your way around the World Showcase, or even while you search for Spike the Bee!

Which of these PhotoPass Magic Shots at EPCOT are your favorite? Tell us about it in the comments on our Facebook page!