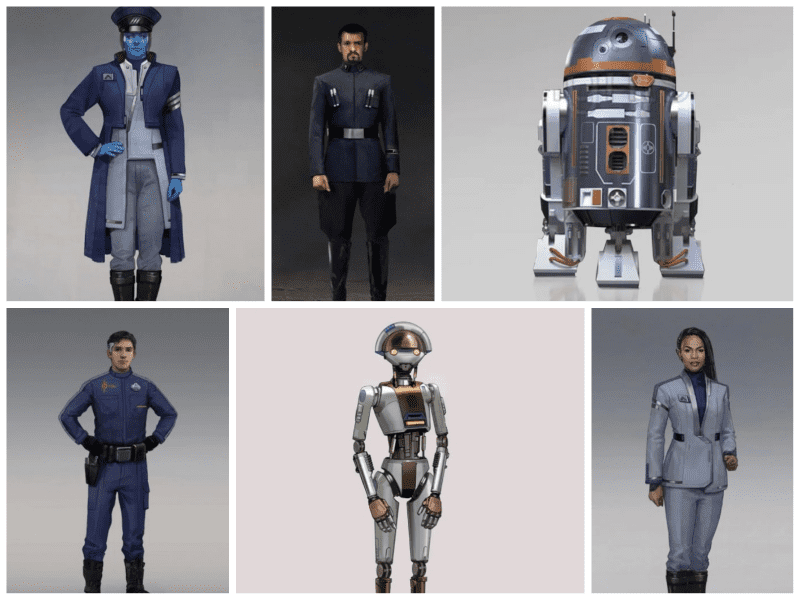 One of the coolest things about being a Star Wars fan—there are always new characters to find out there in that galaxy far, far away. In fact, we’ll meet six new characters on Star Wars: Galactic Starcruiser, opening March 1, 2022. Here’s who you’ll meet aboard the Halcyon:

Disney Parks Blog this week dropped a little bit of backstory for all six of the new characters coming to Star Wars: Galactic Starcruiser. In addition, DPB offered up a piece of concept art for each, giving us an idea of how they’ll look when we meet them in the flesh (or metal) on the Halcyon. 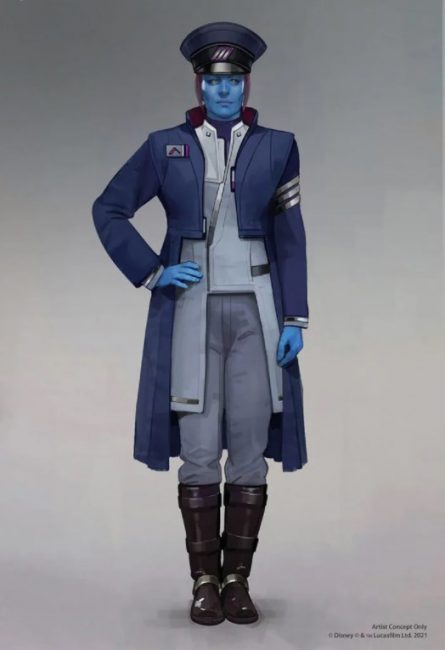 Aye-aye, Captain! Captain Riyola Keevan is described as “a strong and decisive leader” who is cool under pressure and no stranger to adventure. She appears to be Chiss like Grand Admiral Thrawn and will likely be a big part of bridge training. 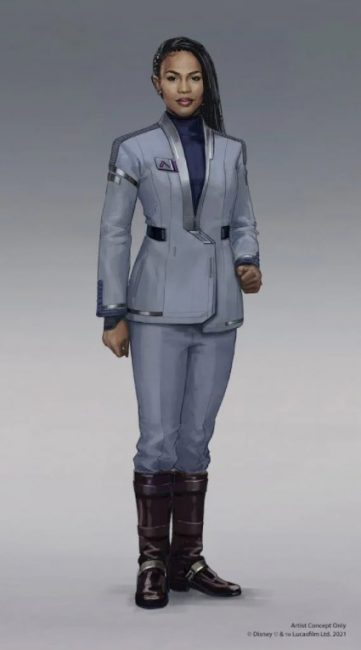 The right hand of Captain Keevan, Lenka Mok is your cruise director on the Halcyon. She’ll be in charge of on-board entertainment, and she’s described as “an optimistic and joyful soul” who loves making you and your family happy. 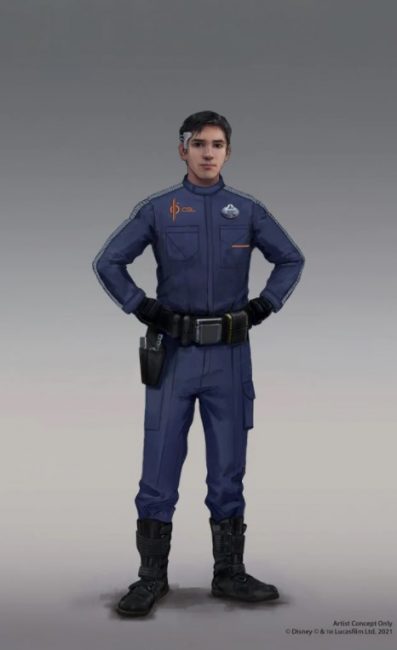 When a problem arises on the ship, Sammie the Mechanic steps in with his tools and “good-natured personality.” Sammie’s described as someone who has won over the crew of the Starcruiser rather easily, and he’ll probably play a role in some of the unexpected story moments you’ll encounter onboard.

Here’s a guy who it sounds like you won’t want to go out of your way to encounter. First Order Lt. Harman Croy is said to be “ambitious and intimidating,” and his goal is to sus out members of the Resistance on the Halcyon. It’ll be up to you whether you wish to help or hinder his mission—and incur his wrath. 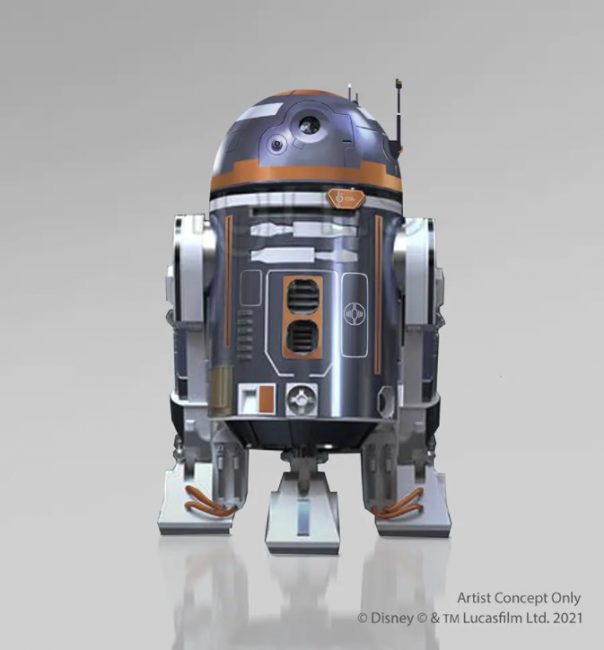 If Lenka Mok is Captain Keevan’s right hand, then SK-620 is Mok’s right hand. SK-620 is an astromech droid who looks a bit like our old pal R2-D2. He’ll be having fun with guests aboard the Starcruiser and lending a helping utility arm when needed. 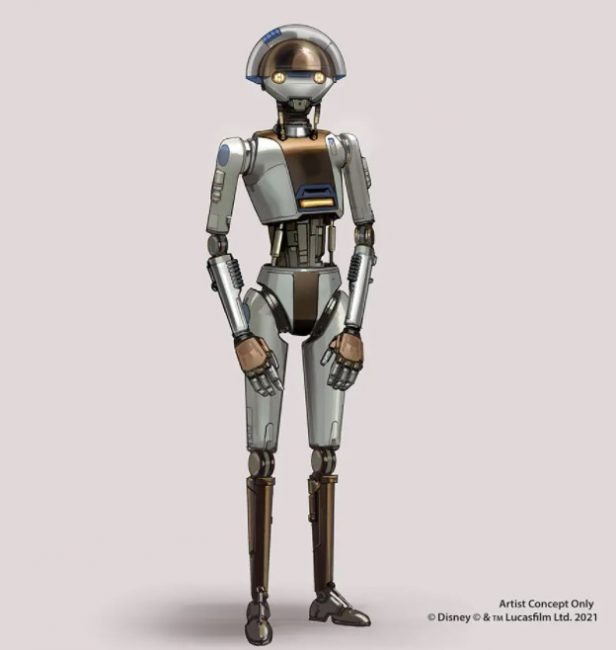 D3-09 is a centuries-old droid built by the founder of Chandrila Star Line. She’ll be out and about on the Halcyon, sharing the history of the ship and giving her opinions on the goings-on. Her primary function is ship logistics, so she’ll be quite the resource.

Meet These New Characters at Star Wars: Galactic Starcruiser in 2022

With Star Wars: Galactic Starcruiser set for launch on March 1, 2022, there’s plenty more time to meet more new characters. Stay tuned for more details, and if you haven’t booked your stay aboard the Halcyon yet, get on it.

Are you excited to meet these new characters from Star Wars: Galactic Starcruiser? Lightspeed your way over to the WDW Magazine Facebook page and tell us who you’re most eager to encounter aboard the Halcyon.

What to Pack for Your Trip on the Star Wars: Galactic Starcruiser