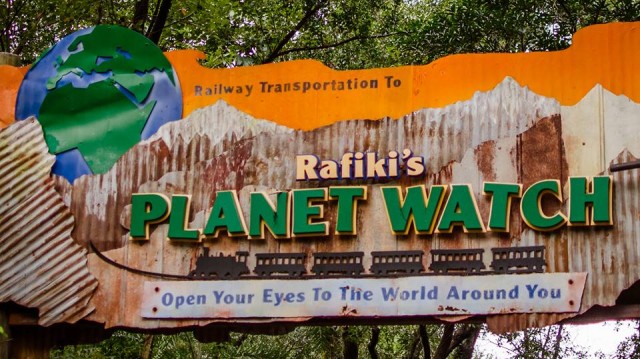 Conservation Station is one of the most overlooked areas on Disney property.

This area features character drawing classes, a look at amphibians, reptiles, and invertebrates, and even gives guests a glimpse into the backstage happenings of the park.

Hop aboard the Wildlife Express Train to Rafiki’s Planet Watch and take along these five facts about Conservation Station on your next visit to Disney’s Animal Kingdom: 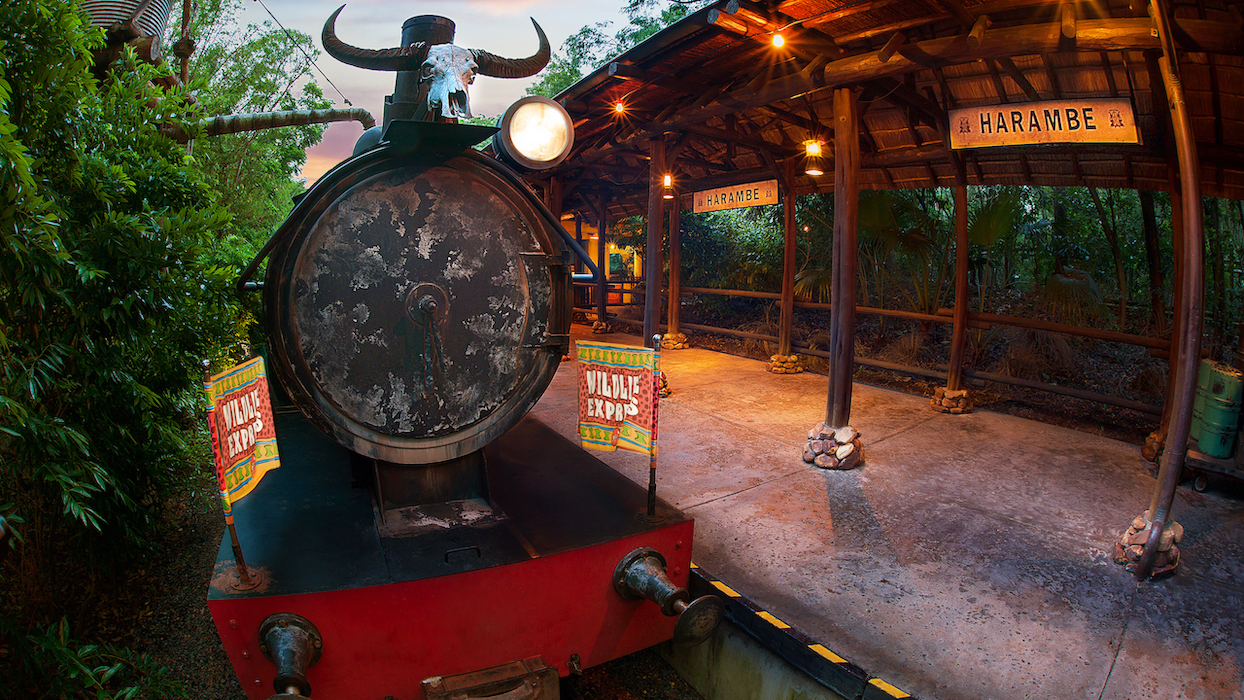 To get to Rafiki’s Planet Watch and Conservation Station, Guests will need to board the Wildlife Express Train for a 1.2-mile ride from the station in Harambe.

The train is modeled after 20th century English steam engines that were once common in regions of Africa.

The one notable difference between Disney’s Wildlife Express and authentic trains from the time period is that Guests are seated sideways facing out the same open-air windows instead of in rows.

The seating arrangement gives Guests a look into backstage areas where many of the animals seen on nearby Kilimanjaro Safaris are cared for when they are not “on stage” on the savanna. 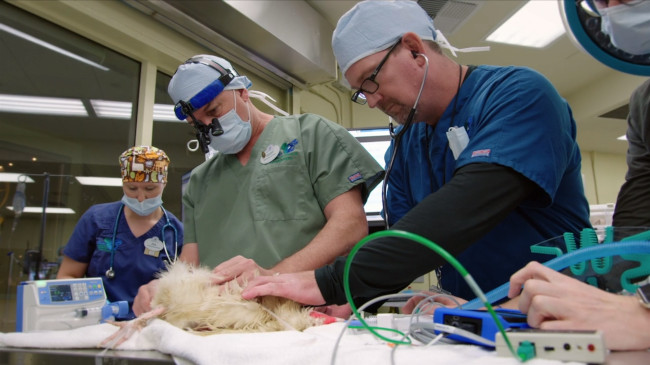 Operations just like this can be seen almost every day at the Conservation Station. Image courtesy of Disney

One of the most fascinating parts of Conservation Station is the veterinary area, where guests can watch Disney Cast Members treat animals from around the park, and occasionally from The Seas with Nemo and Friends in Epcot.

Guests are even able to ask questions via a two-way speaker on the onstage side of the glass.

Behind the glass, Disney’s Animal and Sciences team can be working on everything from primary care appointments to intricate surgical procedures.

For a quick look at the kinds of medical procedures that take place at Conservation Station before your next trip, check out The Magic of Disney’s Animal Kingdom on Disney+.

3. The Former Home to Cotton-Top Tamarins 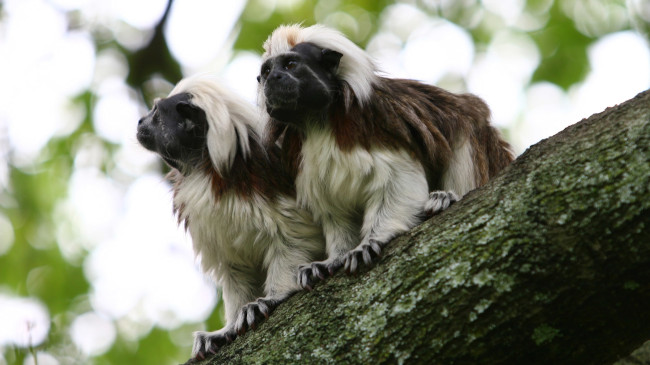 Discovery Island is home to some of the world’s most endangered primates. Image courtesy of Disney

Habitat Habit at Rafiki’s Planet Watch used to be home to Cotton Top Tamarins, one of the most endangered species of primates in the world. Tamarins, Gemma and Draco, moved to a new habitat on Discovery Island in 2011.

While they typically call Northwestern Colombia home, Cotton Top Tamarins have seen a decline in their populations in recent years as deforestation takes over their homes.

The Disney Worldwide Conservation Fund has been supporting Proyecto Tití, a nonprofit organization working to reduce the need for products made from materials taken from the Tamarins’ forests.

The group also finds ways for neighboring communities to develop streams of income in other ways that do not impact local wildlife.

Visit Gemma and Draco on your next trip to Animal Kingdom, then consider donating to the Disney Worldwide Conservation Fund- It’s as easy as rounding up your change at any merchandise location or Quick-Service restaurant in the park.

4. The Animation Academy Lives On 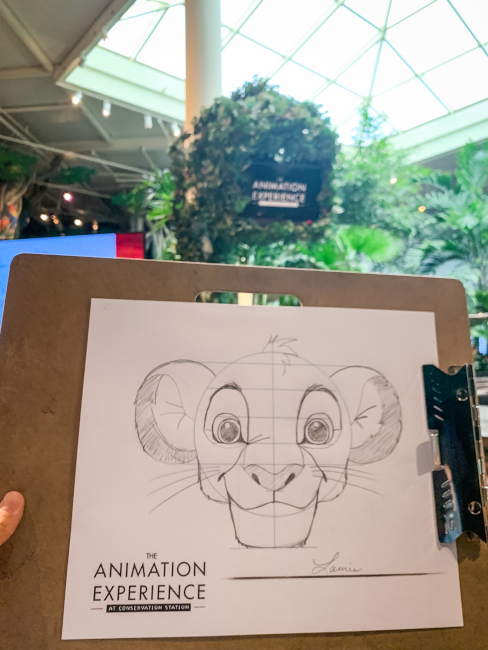 The Animation Experience is a great place to learn some pointers on illustration and conservation. Photo by Laurie Sapp

Disney animators have brought the Animation Experience to Rafiki’s’ Planet Watch so guests can learn to draw their favorite Disney animals (and take home a free souvenir!).

The classes offer a nice escape from the hustle and bustle of the park (and some AC if you’re looking to cool off).

The Animation Experience runs at set times throughout the day, so be sure to confirm start times in the My Disney Experience app and give yourself enough time to get there via the Wildlife Express train.

Enjoy fast facts like this? Subscribe to our newsletter today, and get more magic delivered straight to your inbox every week! 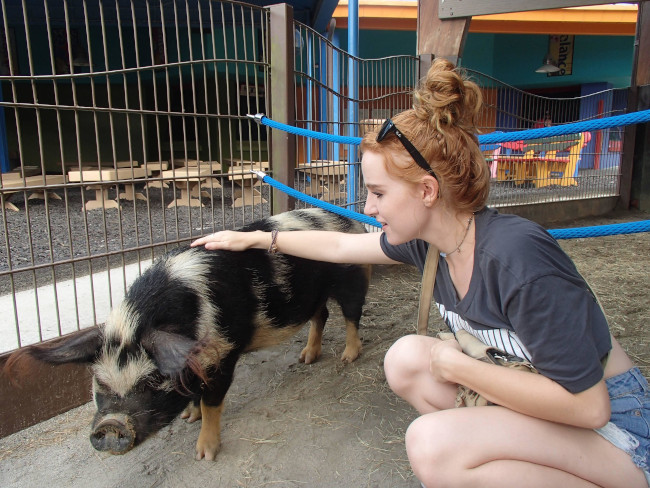 The only place at Disney World where you can not only pet the animals—You’re encouraged to! Photo by Rain Blanken

Typically in any Disney theme park, touching or feeding animals is not allowed (even the ducks, as guests are sometimes reminded in the park’s safety tips “your yummies are bad for their tummies”).

Affection Section at Rafiki’s Planet Watch, however, features Walt Disney World’s only petting zoo. The petting zoo area lets guests interact with goats and sheep and gives them the ability to feed them pellets that are safe for them to eat.

While Affection Section is temporarily closed, it’s a staple of family fun while in Disney’s Animal Kingdom, and we can’t wait for it to return at a later date.

Hop Aboard The Wildlife Express