Top 5 Star Wars Villains to Avoid at All Costs 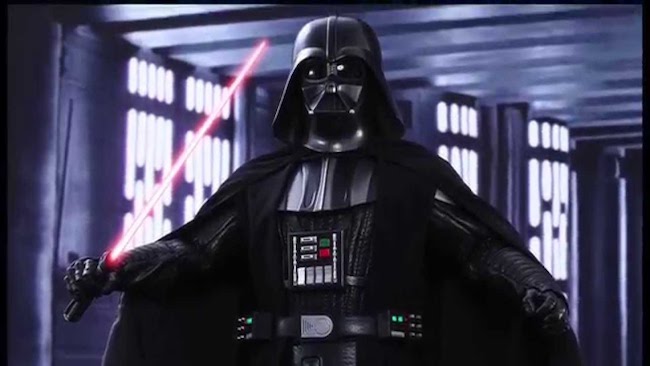 Welcome back to the second installment in the study of Disney Villains! Today, we’re going to cover the top 5 villains in Star Wars.

After last week’s exploration of Cruella De Vil, I had an outpouring of requests on social media to break down other Disney Villains.

In discussing which Disney Villain is the wickedest of all, some had trouble discerning even the worst in a particular series, let alone in the whole Disney Villains list.

The biggest conflict came from the Star Wars franchise, the ultimate good versus evil collection filled with more bad guys than good.

There are so many strong candidates for the Disney Villain Hall of Fame in Star Wars, but there are a few standouts.

For this post, characters like Boba Fett, Captain Phasma, Count Dooku, or the entire group of StormTroopers (my personal favorites in the franchise), while evil, do not crack my list.

Here are the top 5 villains in Star Wars, according to the responses on social media this week: 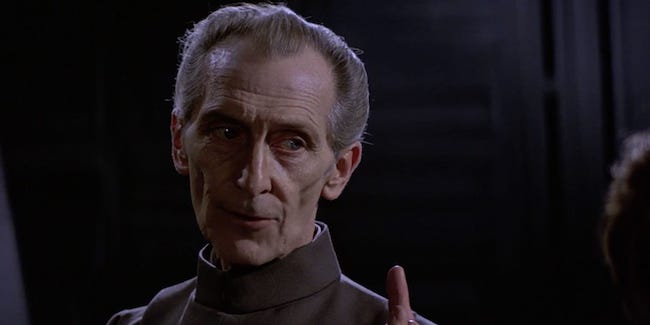 There is quite a strong argument for Grand Moff Tarkin. According to @whistleberryarts:

“In fact when she proves resistant to the mind probe… Vader offered a warning that Tarkin blatantly ignores. When he boards the consular ship, Vader tells a minion to report that all  aboard were killed, even though they weren’t.

“[Besides giving Vader a possible redemptive piece, this] tells us that [Vader] has to report to somebody and that somebody is Tarkin. And it’s Tarkin’s Death Star, not Vader’s. Until he’s killed on the Death Star, Tarkin calls every shot. He just uses Vader as a weapon.” 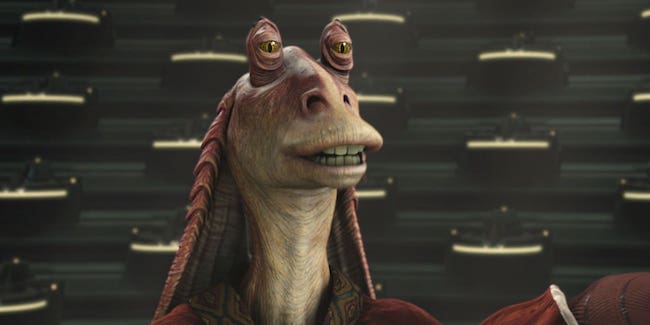 Okay. I know he isn’t a labeled villain in the series, but do you remember when Jar Jar was introduced in The Phantom Menace?

Do you remember his voice shouting out “Mesa, Mesa!” and how many people questioned his addition into the trilogy?

Do you remember how, even when we wanted him to go away, he showed up in TWO MORE MOVIES?

I would be remiss if I didn’t remind everyone how his cluelessness and clumsiness actually brings down The Republic and the Jedi.

He is secretly one of my favorite characters just in how silly and comedic he is, but my friends would strongly disagree. To be more specific, they would consider the insertion of this character one of the lowest points in any of the moments in the entire franchise. 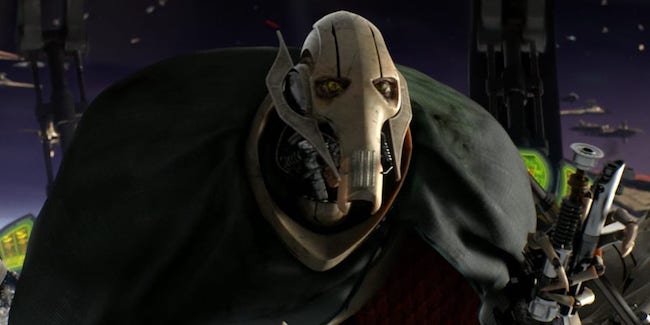 General Grievous was not on my original list, but after talking it out with my friend Emma, she convinced me that he is a necessary addition.

Some consider him to be  a cyborg master strategist with chronic bronchitis. He is ruthless and relentless against those that he knows he can overwhelm.

Emma feels that contrary to being a strong manipulator, Grievous is simply a villainous coward who runs away from anything and anyone that could defeat him.

One of the worst types of villains is the one that doesn’t always stand and fight, and General Grievous is a classic example. 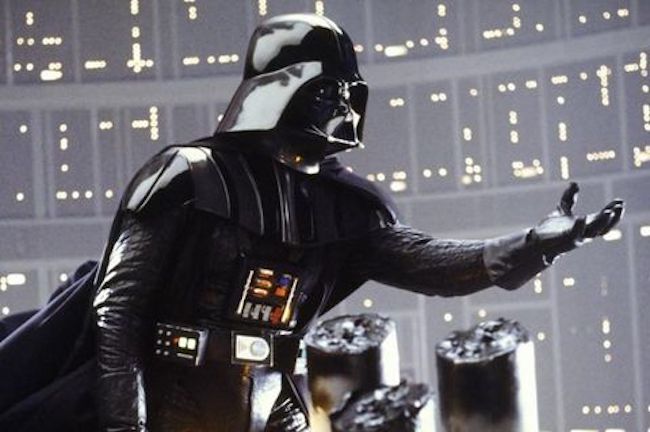 The figurehead of villaindom, Darth Vader has become synonymous with evil. According to my buddy Joey:

“His final confrontation/pursuit scene in Rogue One was absolutely merciless. He ruthlessly cuts down rebel soldiers (Force-tossing some of them like rag dolls) who are trying desperately to hold the line to allow just enough time to pass the secret plans to the waiting rebel ship (excuse me, “diplomatic vessel”).

“What’s more, his iconic mechanical breathing is enough to make you stand still and your hairs stand on end!”

This doesn’t even include his first act as a newly minted Sith apprentice at the end of Revenge of the Sith!

In terms of treachery, Emperor Palpatine is my family’s choice for cruelest villain. The laundry list of dirty deeds is extraordinary, including, but not limited to:

Palpatine is the master of puppets, and his evil transcends all boundaries, making him the most villainous character in the Star Wars movies.

And there you have it: the five strongest villains in Star Wars. Want to add one or two onto the list? Let me know on Instagram!

If you are just as excited for Halloween to arrive and you don’t want to miss any of the festivities, be sure to write them down in your Magic Kingdom 2021 Wall Calendar.