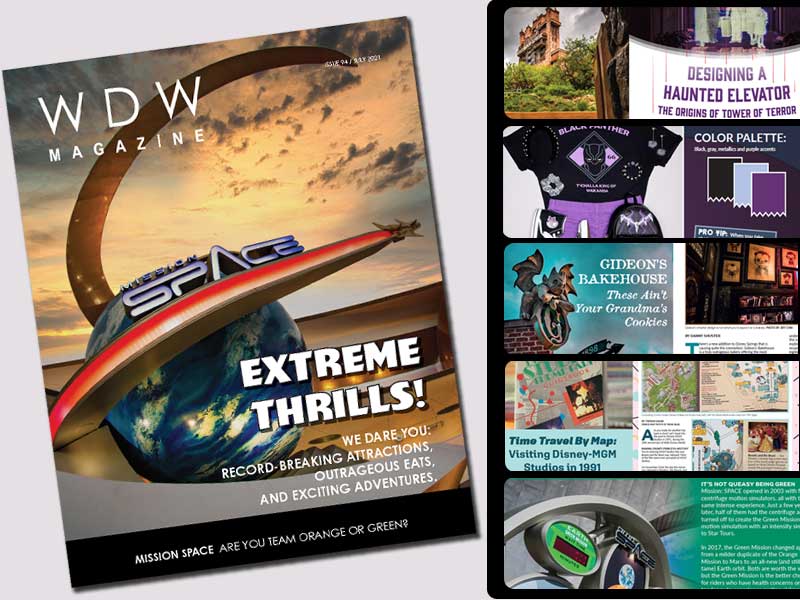 We love a challenge, so we set out to prove you wrong (in the nicest of ways—there are cookies). In our July issue, we’re going full-throttle with the history of Disney World thrill rides, the craziest foods, and the most powerful superheroes.

We tapped our July 2021 EXTREME issue for the top 5 reasons that Disney World is for thrill-seekers. And for you eagle-eyed readers, check out the discount at the end.

Thrill rides at Disney World have been around long before Joe dreamed up Expedition Everest.

Remember when you could meet the Teenage Mutant Ninja Turtles and wave to the Golden Girls at Disney-MGM Studios? Now that’s EXTREME duuuuude.

I sure wished I had been there after contributor, Trisha Daab starting whipping out her old maps!

If you’ve joined us for a Travel by Map tour with Trisha before, you know you’re going to come out wishing for a time machine.

How could a couple of guys at a table use salt shakers to come up with the elaborate elevator system in the Hollywood Tower Hotel?

Matthew Krul, the voice behind The Imagineer Podcast, talked to Imagineer Craig McNair Wilson about his historic lunch with John Hench that led to the design of one of the biggest Disney World thrill rides to date.

Subscribe by June 30 to get a seat at the table.

What was once Horizons is now likely the most extreme ride at Walt Disney World—for our stomachs at least.

Mission: Space is reportedly the only Walt Disney World ride that has provided sick bags in the past. But if you can brave the G-forces, it is the closest many of us will ever come to space travel.

Whether you consider this a must-do on Orange Mission or if you can’t even do the Green Mission, this article is safe for all riders.

Extreme doesn’t just apply to thrill rides. If you’ve ever tried to take on a Gideon’s Bakery cookie on your own, you know EXACTLY what we mean.

While we cover lots of extreme foods in this issue, these cookies at the new Disney Springs location got the spotlight. They’ve inspired virtual waits and lines around the block!

Subscribe by June 30 to see what all the fuss is about.

If you don’t think Disney is for thrill-seekers, then you forgot that they have the coolest superheroes this side of Avengers Campus!

Black Panther and the citizens of Wakanda are certainly extreme. You can’t just be the keepers of Vibranium without knowing a thing or two about kicking butt.

In the July issue of WDW Magazine, you’ll see how Marvel fans have created their own Wakanda looks … without Shuri shooing you out of the lab.

Secret Discount if You Read This 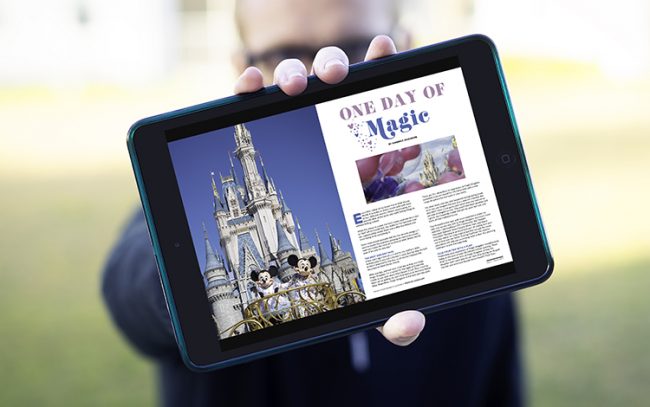 Our print magazine is larger than average because we want those beautiful photos to transport you to your happy place while giving you the history and planning details you crave till your next trip. If you’d like to subscribe to print, click here.

Not into print magazines? Our digital edition is readable anywhere, anytime on your device!

It doesn’t smell as good as our print version, but man, those savings are almost as delicious as a giant Gideon’s cookie.

July 2021 is issue #94 of the magazine. Digital subscribers get ALL of our back issues with your subscription… which means you get 94 issues when you subscribe.

The July 2021 digital issue will be available on July 1, but your digital subscription is instantaneous. Like, right now. I think those other 93 issues should keep you busy till July.