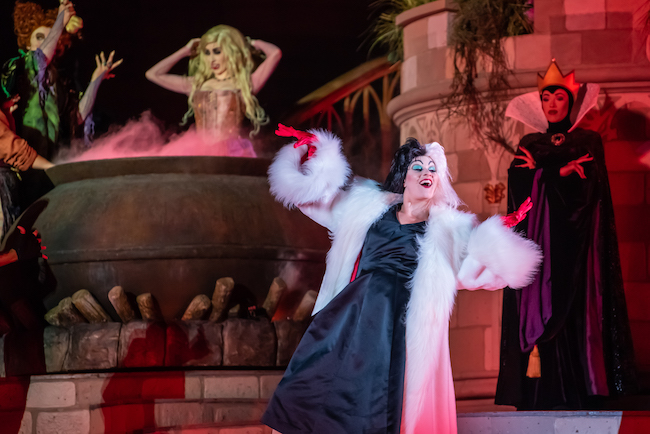 Wondering who’s the worst Disney Villain of all time? Here are five reasons why Cruella De Vil should be at the top of everyone’s list!

There are only a few Villains who can be considered the worst.

We have sympathy for Maleficent, and can argue that Gaston and Ursula had motives for their actions.

Cruella De Vil, however, does not have any redeeming qualities.  In fact, here are seven reasons why I feel that Cruella De Vil is the nastiest and most despised Disney Villain in the Disney Universe.

Her name sends shivers down my spine! Courtesy of Disney

There are many different ways to look at her name, but they all come down to the same idea: Cruella De Vil is a Cruel Devil.

Every derivation, no matter culture or language, clearly maintains that she is a demon or devil from Hell (interesting fact: In Dutch,  “vil” is the singular conjugation of the verb “villen,” meaning “to skin.”)

No matter how you want to look at it, she is a nasty person purely by name alone.

And the song by the same name reveals her reputation.

According to Roger’s song, “the curl of her lips” and “the ice of her stare” keep kids away from her, because “if she doesn’t scare you no evil thing will.”

2. Will Murder for Fur 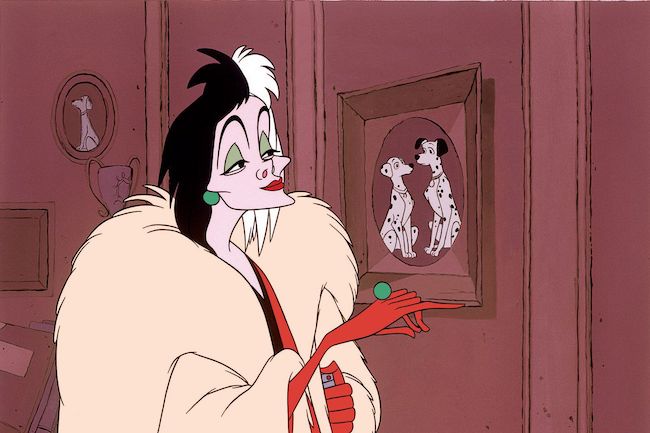 Cruella is very quick to state that she “lives for furs” and that she worships them. She is wearing a brand new one when we first meet her, but she is always looking for the next best thing.

For her, it means harming newborn, innocent puppies for her own style, which apparently consists of black and white apparel with red accents.

She has the look of a high-end fashion model, but she has horrible motives to achieve that fashion. 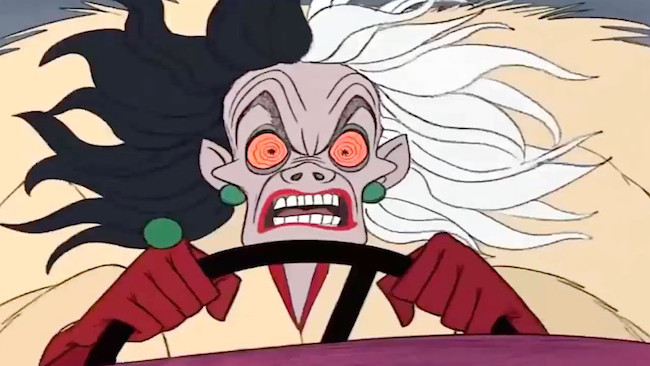 Every time you see that red and black car, you know that the person behind it is on a mission. She incessantly honks her horn, she slams and squeals her brakes, and she speeds through slippery slopes.

She also attempts to run multiple people off the road.

All I kept thinking while watching the movie is that I hope she had a good insurance plan with her reckless tendencies behind the wheel. 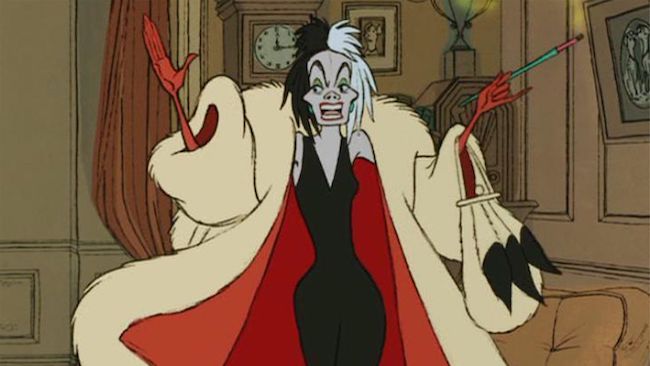 She has sharp, bony features and sunken in but bulging eyes. Her cigarettes with the cigarette holder accentuate her slender and imposing figure.

Cruella gets in people’s personal space, blows smoke in their faces, splatters them with ink, and even physically abuses people to get what she wants.

She uses her devilish looks to impose fear on what she deems to be weaker people. 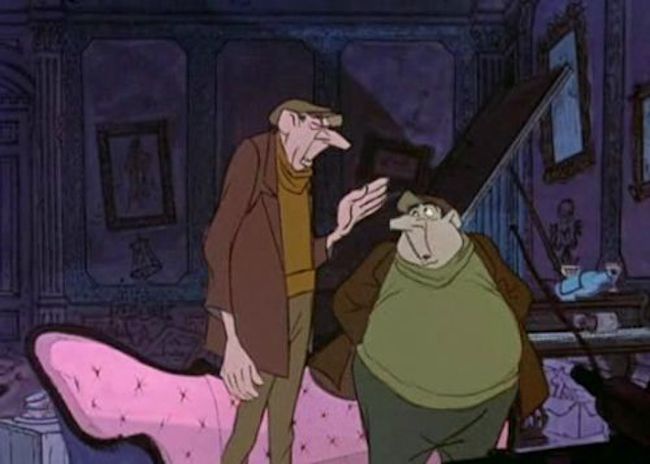 Horace and Jasper, the evil henchmen. Courtesy of Disney

Horace and Jasper, two convicted felons who will land in jail if they are caught again, are hired by Cruella to take the puppies.

They break into the house when Roger and Anita aren’t home and kidnap the Dalmatians for her.

Anyone that has these types of connections and can convince others to do the dirty work for them is someone to be fearful of.

Look at those evil eyebrows! Courtesy of Disney

She is blinded by her greed and selfishness, willing to hurt others to get what she wants.

You can’t help but root for Roger, Anita, Pongo, Perdita, and the other 99 Dalmatians every time she’s on screen.

Cruella De Vil embodies all of the bad things that could corrupt each and every one of us.

My friend Chris once told me, “Cruella is more human evil than fantasy creature”, and that he knows people like her– I think we all know people like her, and that is what makes Cruella De Vil the worst.

Do YOU agree that Cruella De Vil is the most vile of all of the Disney villains? Tell us your thoughts over on our Facebook page!