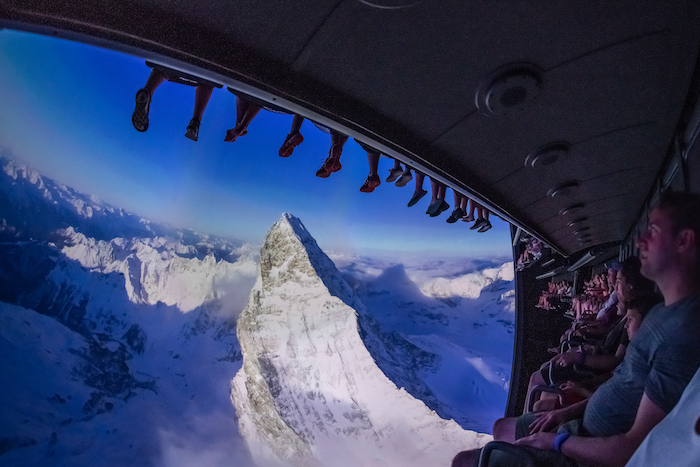 Soarin’ Around the World in EPCOT is unlike any other attraction I’ve ever experienced. There is something so unique yet familiar about this ride for all ages; even those with a fear of heights (yours truly!) can often find a way to overcome their anxiety.

It’s easy to turn myself over to the thrill of experiencing the sights, sounds, and smells of six different countries. So here are some quick facts about our favorite trip around the world!

1. A FastPass is Never a Bad Idea

If you’re anything like me, you might find yourself checking wait times to all of your favorite Disney park attractions on a, particularly dull day. In doing this, you’ll be sure to discover that most likely, Soarin’ Around the World is usually one of the higher times, especially in EPCOT. 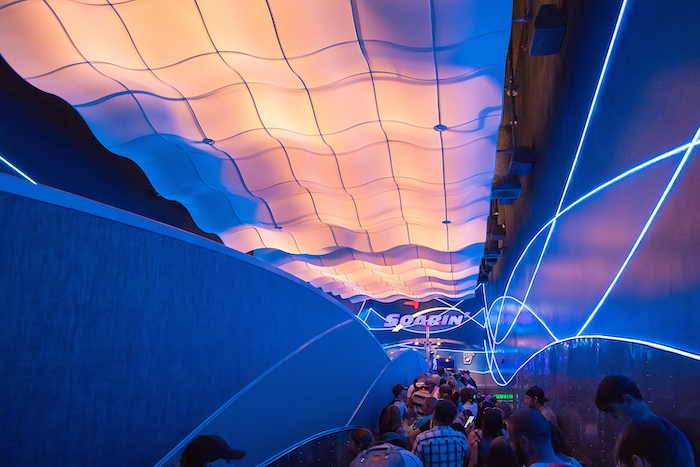 The line at Soarin’ can get pretty long… try to snag a FastPass! Photo by Brett Svenson

This is because, not surprisingly, Soarin’ is one of the most popular attractions in all of EPCOT.

The good news is, unlike Slinky Dog Dash in Hollywood Studios or Seven Dwarfs Mine Train in the Magic Kingdom, if you keep refreshing, you are likely to nab a round-trip FastPass for the most thrilling adventure in all the land (literally!) 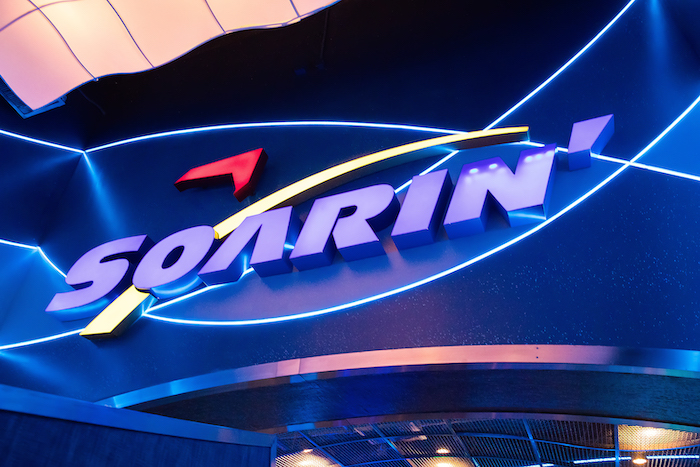 I don’t think it’s possible to talk about Disney nuggets without mentioning those sweet, subtle (and not so subtle) Disney details that are in each and every experience at Walt Disney World.

Whether it is your first flight on Soarin’ or your five hundredth, your flight number will be the same each time—5505. This is to commemorate the opening day of Soarin’ in EPCOT: May 5th, 2005.

While there is more to every Disney attraction than I could ever possibly wrap my brain around, the actual concept itself for Soarin’ is not as complex as it might appear.

The screen is actually simply a projection dome that uses IMAX technology.

The main difference between Soarin’ and an IMAX movie in your local theatre (other than the Hidden Mickeys of course!) is twofold.

The projection operates both at twice the speed of a regular IMAX film and has a ride vehicle perfectly synced with the video, making you feel like you’re truly Soarin’!

If there’s one thing Disney World has in its favor (besides everything, but hey, I’m biased) it’s the square footage. From the resorts to the parks, the amount of real estate Walt and the gang invested in is overwhelming. 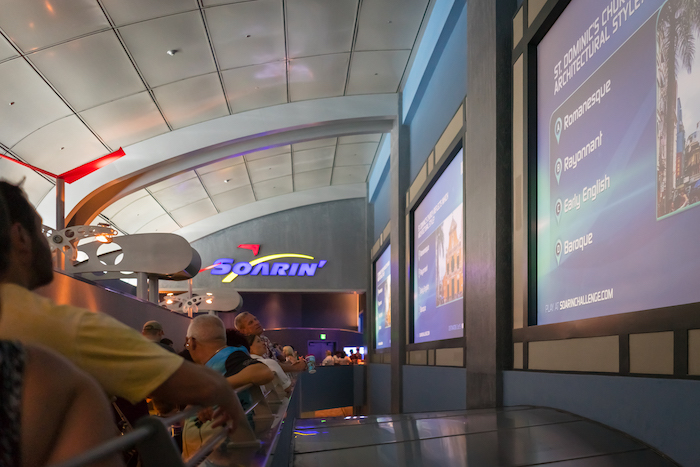 While you’re in line for Soarin’, you can play trivia! Photo by Rich Ramos

While Animal Kingdom is Disney World’s largest park covering a whopping 580 acres (most of which is for the animals to roam, making my vegetarian tree-hugging heart swell with happiness) EPCOT comes in second place spanning 300 acres.

Soarin’, including the queue and attraction itself, take up 60,000 square feet of that.

Soarin’ has been around for well over a decade. But before this beloved ride took flight, there was a very different attraction in its spot.

A show called ‘Food Rocks!’ complete with audio-animatronics and Weird Al style parodies of songs including ‘Every Bite You Take’ and ‘High Fiber’ filled the spot of what we now know as Soarin’ Around the World.

As important as healthy food choices are, the Disney World food pyramid consists of all things Mickey-shaped and sugar-coated. I can’t say I’m disappointed in the decision to replace ‘Food Rocks’ with EPCOT’s most popular attraction to date!

Oh Soarin’, how I love thee! From the Great Wall of China to the Taj Mahal, I can’t imagine this attraction in any other park than the culturally eclectic EPCOT. 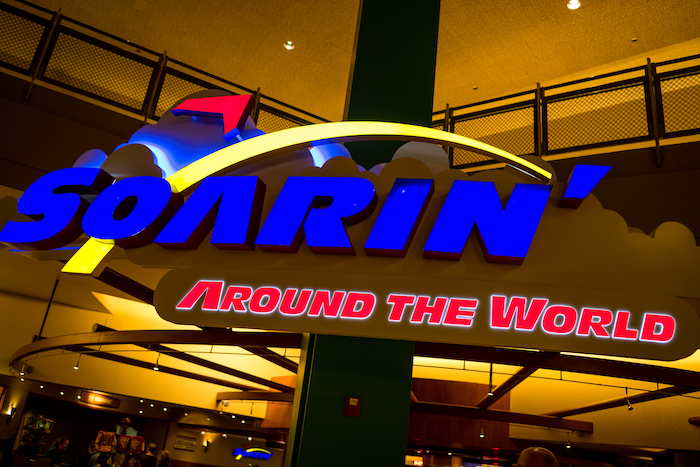 Soarin’ Around The World is a crowd favorite at EPCOT. Don’t miss it! Photo by Cliff Wang

As delighted as I am for all of the new changes in EPCOT, from the refurbishment of Spaceship Earth (who will replace the dame Judy Dench?) to Remy’s Ratatouille Adventure in the France Pavilion, there are some experiences we hope to never say ‘see ya real soon’ too.

Soarin’ Around the World is without a doubt, one of those beloved attractions.