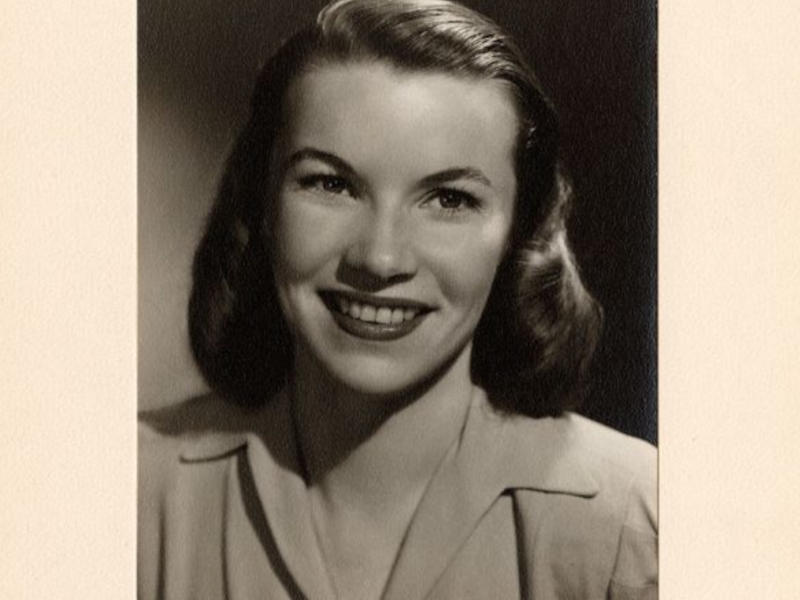 From classic films to architectural landmarks to Imagineering, learn more about the incredible career of Disney Legend Dorothea Redmond.

Disney has had many incredible people work for the company over the years. Some are true pioneers and trailblazers. Some are well-known, while others may not get the recognition they deserve.

Today, I want to share some amazing facts about Disney Legend, Dorothea Redmond. Her incredible career goes far beyond her impact at Disney, especially at a time when it was much tougher to be a woman in the industry. If you aren’t familiar with Dorothea’s body of work, be sure to keep on reading!

1. Her career began in illustration and production design. 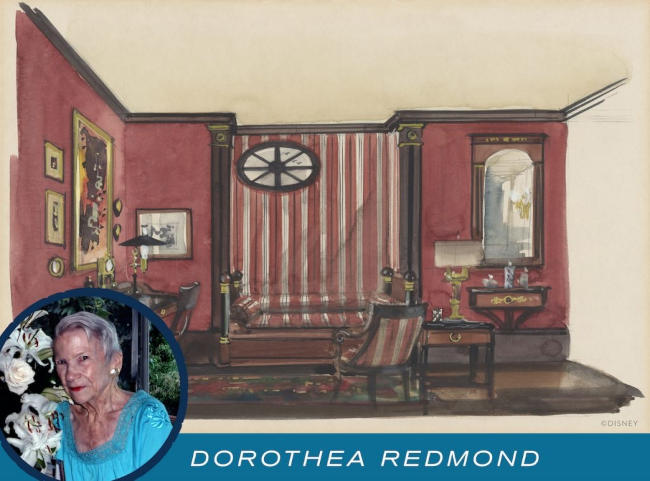 Dorothea was born in Los Angeles and went to college at the University of Southern California. She studied architecture and illustration, which helped launch her career in production design, making her the first woman production designer. While it was tough breaking into this male-dominated industry, she did not let that bother her as she worked hard to be successful in her field, despite the resentment she faced from her colleagues.

2. She has worked on many notable films. 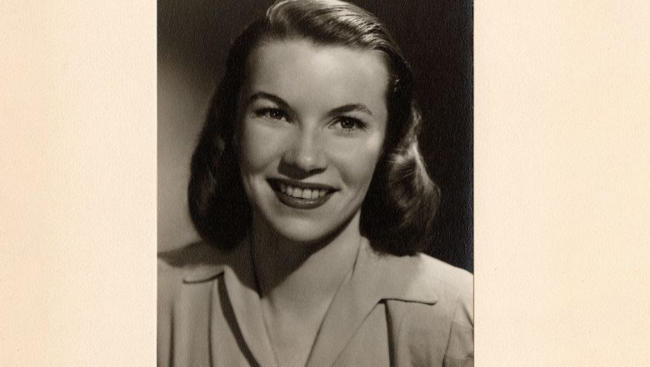 Dorothea may be most well-known for her work with legendary filmmaker Alfred Hitchcock. But if suspense isn’t your jam, she has also worked on other classic movies like Gone with the Wind and The Ten Commandments.

3. She also has an impressive architecture resume. 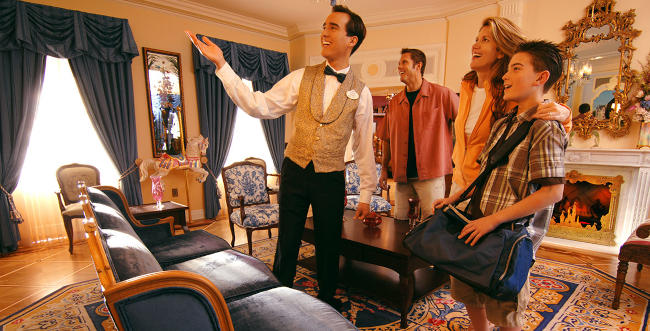 The interior design of the Disneyland Dream Suite was inspired by Dorothea’s work. Photo courtesy of D23

Most people would be thrilled to just have the portfolio of movies that Dorothea has been a part of. But she also has an incredible list of architecture that she worked on. This includes interiors for two iconic locations in her hometown: Los Angeles International Airport (LAX) and the Los Angeles County Museum of Art.

Not only does she have those two buildings on her resume, but she also helped design a famous Seattle landmark. That, of course, would be the Space Needle!

4. Then she adds Walt Disney Imagineering to her list. 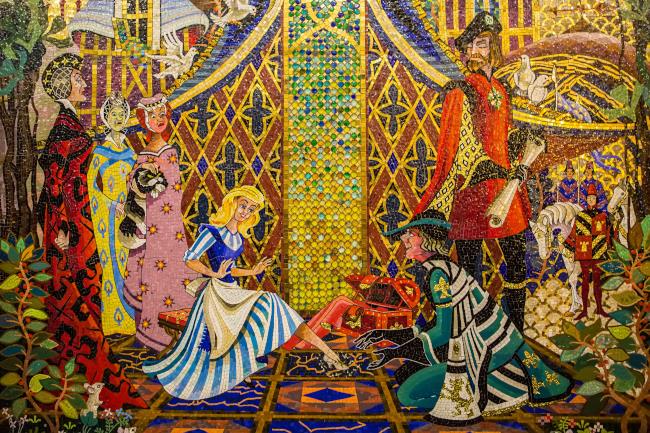 The Cinderella Castle mosaics were designed by Dorothea Redmond. Photo by Brett Svenson

So far, you may be wondering, while Dorothea’s accomplishments are indeed impressive, what does she have to do with Disney?

Well eventually, she came to join the prestigious team at Walt Disney Imagineering, where her immersive illustrations brought imagination to life and inspired countless designs at Disneyland and Disney World. Her impact can be seen in New Orleans Square, Fantasyland, Main Street, and Adventureland.

But arguably her most famous contribution are the murals in the entry passage of Cinderella Castle, which were duplicated for Tokyo Disneyland as well. Just like her experience in cinema, people adored her work for the way she was able to tell stories through her art. 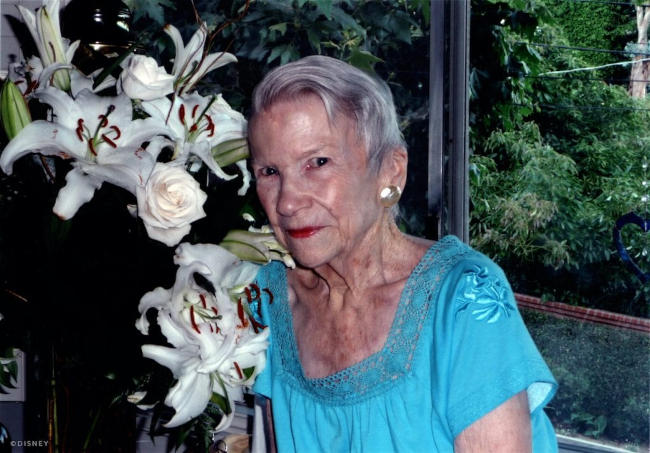 Dorothea passed away in 2009 at the age of 98. During those 98 years, she broke barriers and left behind an amazing legacy. Her work is still felt today, whether you’re walking through Magic Kingdom or watching a classic Hitchcock film.

I sure enjoyed learning more about Dorothea Redmond and I hope you have as well. There are so many incredible people behind the scenes to make the magic happen, so stay tuned for more posts on Disney Legends!