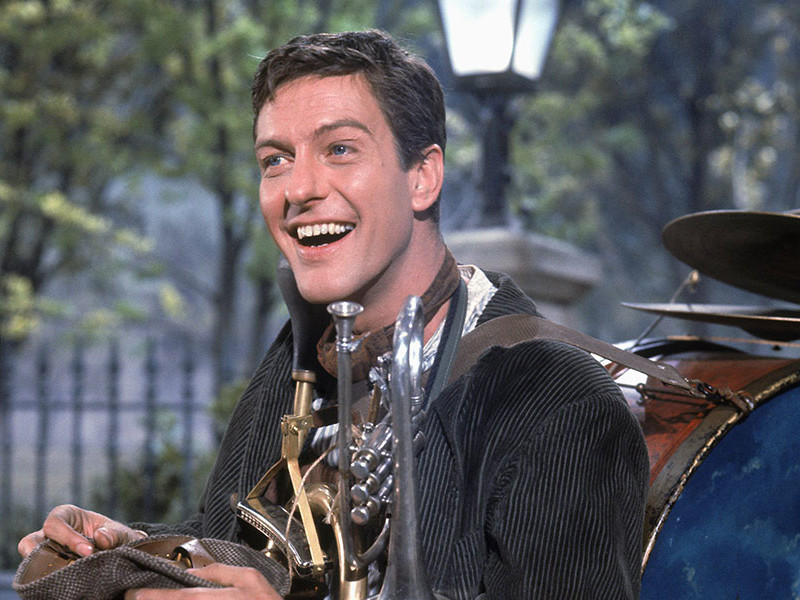 It’s difficult to find another person who has put a smile onto as many faces as Dick Van Dyke. The enormously charming, eternally amusing actor has been a household name ever since he soft-shoed into our hearts in Mary Poppins.

While most children were first introduced to him as Bert, Dick has been a constant fan of and contributor to the Walt Disney Company over the years, which earned him the honor of becoming a Disney Legend.

Apparently possessing the key to eternal youth, Van Dyke is turning 96 this year, so it’s a great opportunity to look back on his history with the mouse and share these five facts about Disney Legend Dick Van Dyke. 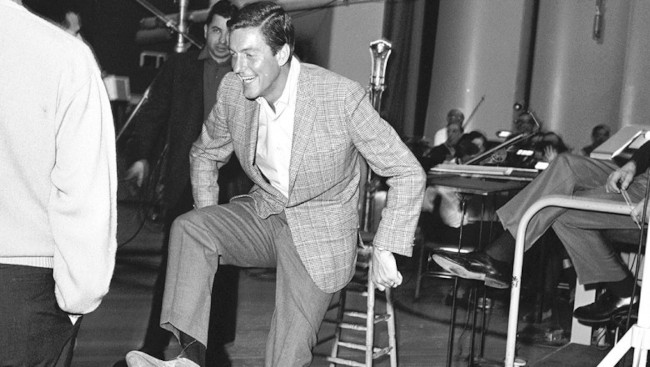 It was back in 1998 that Disney inducted Dick into the mouse’s prestigious hall of fame. The actor received the honor alongside 20 other influential contributors to the company’s history that year, standing among the likes of Kurt Russell, Virginia Davis (from Walt’s Alice Comedies), and Roy E. Disney.

The honor was a fitting reversal of what had occurred over a decade prior.

Back in 1986, Dick was the presenter who led the ceremony to posthumously induct Walt Disney into the Television Academy Hall of Fame. To honor the innovator’s life and legacy, Dick was joined by Mickey and Minnie Mouse in presenting the award to Walt’s wife Lillian at the ceremony.

I guess that means Dick and Disney are even! 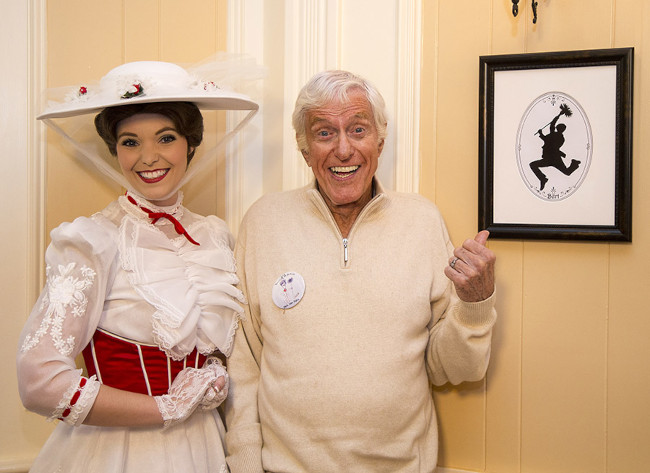 Even in his 90s, Dick is quite the jokester. Photo courtesy of Disney Parks Blog

The quality that endeared Dick to Walt and made him a shoo-in for his iconic role as Bert was the actor’s incessant desire to entertain—especially by making people laugh. In fact, that’s how Dick got the part of Mr. Dawes, Sr. in addition to portraying Bert.

You’ll find many accounts of how Dick made people laugh behind the scenes—and on the set—of Mary Poppins.

Apparently, he improvised comic routines to entertain crew members, such as his now-famous “stepping down” gag as Mr. Dawes, Sr.—a performance that Walt found so enjoyable that he had the set altered so Dick could perform it in the film.

Another story that Dick shares is that he inched his way across the street in front of a tour bus, forcing the caravan to wait until he passed. When he got to the other side, he then sprinted after the bus as it left, revealing that he was not as old as he appeared. 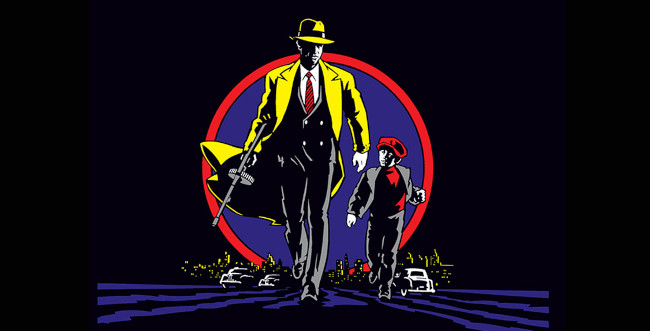 Right after starring in Mary Poppins, Dick took a lead role in the comedy Lt. Robin Crusoe U.S.N. about a U.S. Navy pilot who becomes a castaway. Walt himself helped pen the script, which he did under a pseudonym (as “Retlaw Yensid”).

In the 50 years following, the actor had a handful of small roles in various Disney productions, such as Dick Tracy and Alexander and the Terrible, Horrible, No Good, Very Bad Day. His most unique role though was undoubtedly as Goofy’s grandfather, Captain Goof-Beard, on an episode of Mickey Mouse Clubhouse. 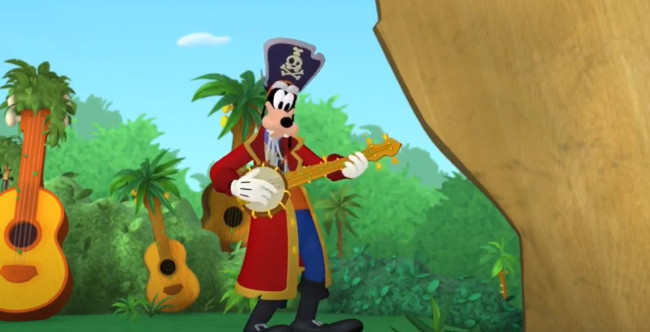 Whenever Dick’s name appeared in the cast, it was a sure sign that laughs were to follow. 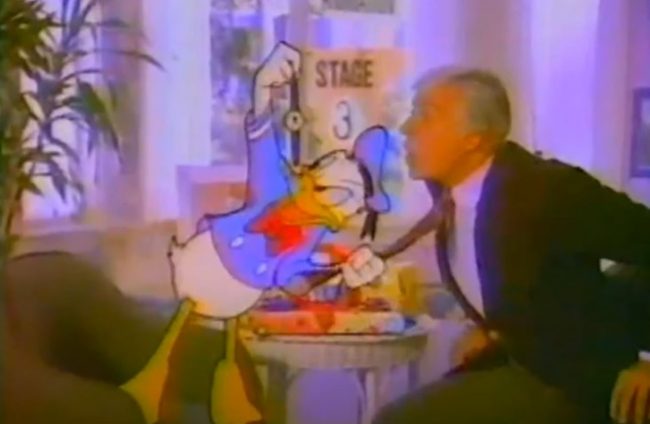 Over the years, Dick has made appearances in Disney productions apart from fictional roles.

Back in 1984, Disney celebrated Donald Duck’s 50th birthday with a grand televised celebration. This special broadcast features appearances by dozens of celebrities wishing the rambunctious duck a happy birthday—but of all the famous faces appearing at the event, Dick Van Dyke was the one chosen to be the emcee.

At the turn of the century, Walt Disney Studios distributed a documentary on the company’s creator entitled Walt: The Man Behind the Myth. Dick was selected for the honor of narrating the production, which featured candid accounts of the man’s life from close friends and family.

It’s amazing that Disney Legend Dick Van Dyke is still alive and kicking—literally, as proven in his incredible dance moves on display at the The Wonderful World of Disney: Disneyland 60 live show that aired on ABC five years ago.

So what is someone who’s almost a century old but still young at heart supposed to do to celebrate a milestone as big as their 90th birthday? Go to Disneyland, of course!

The festivities included a parade down Main Street, a flash mob performing “Step in Time,” the unveiling of his own cut-paper silhouette, and all of the park’s attendees that day gathering to sing “Happy Birthday” to Dick. 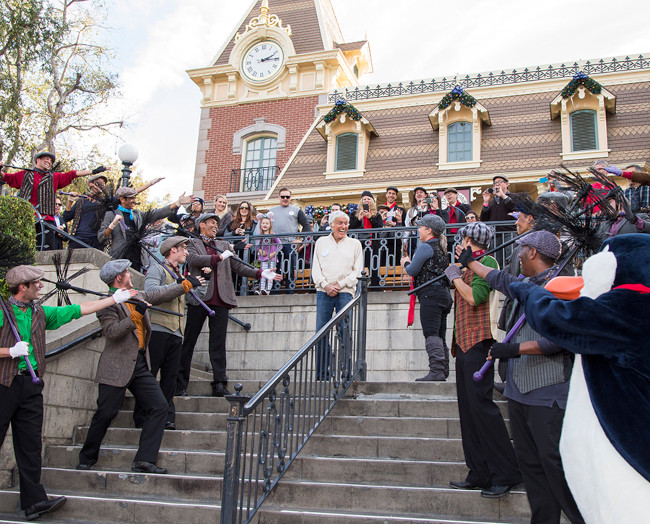 Celebrating Dick’s 96th birthday this month is a great reason to go back and watch Mary Poppins yet again (and maybe binge The Dick Van Dyke Show). How will you be celebrating Disney Legend Dick Van Dyke today?