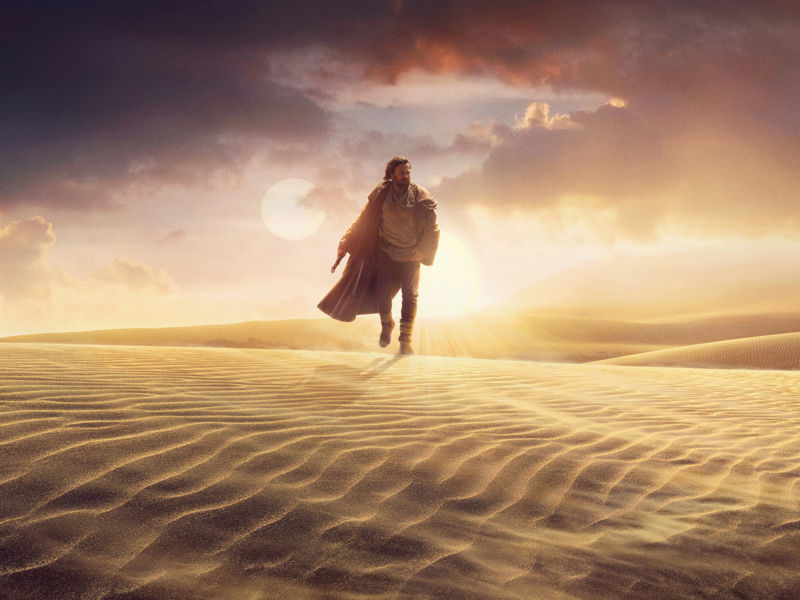 Did you feel a great disturbance in the Force this week? As if millions of voices suddenly cried out in nerdy glee? That’s because the first teaser trailer for Obi-Wan Kenobi is here.

From its debut on Wednesday through Friday afternoon, the Obi-Wan Kenobi teaser trailer has already been viewed more than 10 million times. There’s a fair chance that you might account for, oh, let’s say 10 to 15 of those views on your own.

But if you haven’t had a chance to see it yet, check it out below. Or, hey, if you have seen it, now’s as good a time as any to watch it again.

Now that you’ve had time to catch your breath, let’s dig into four of the big takeaways.

Is this the young Luke Skywalker? Screenshot: Lucasfilm/Disney

The Star Wars franchise is known for iconic pieces of music courtesy of master John Williams. And among the most instantly recognizable and memorable is “Duel of the Fates.”

Used throughout the Star Wars prequel trilogy, “Duel of the Fates” also scores the Obi-Wan Kenobi teaser trailer. This reminds us that we’re not far removed from the fateful conclusion of Revenge of the Sith.

Speaking of Williams, he composed the main theme for the series. Get ready for goosebumps.

According to the synopsis, Obi-Wan Kenobi takes place 10 years after Star Wars: Episode III. And with how handsome Ewan McGregor still is 18 years on, you might even have trouble thinking he’s aged a day.

Of course, he has aged, because it’s been a rough 10 years. “The fight is done. We lost. Stay hidden,” his words juxtaposed over the sight of a child playing in the desert of Tatooine. Could it be anyone but Luke Skywalker?

There’s less doubt about some familiar faces. Joel Edgerton and Bonnie Piesse are back as Owen and Beru, so we know that they’ll play crucial roles in this six-episode series.

One of the new characters we see in the Obi-Wan Kenobi teaser trailer is the Grand Inquisitor. This is a recurring character from Star Wars Rebels whose goal is to hunt down every last Jedi.

And, boy oh boy, does he sound pretty mean.

“The key to hunting Jedi is patience,” we hear him snarl in voiceover. “Jedi cannot help what they are. Their compassion leaves a trail. The Jedi code is like an itch. They cannot help it.”

Vader: Heard, But Not Seen

You cannot have good without evil. And you cannot have Obi-Wan Kenobi without his former friend and apprentice, Anakin Skywalker. Only now, he’s turned to the Dark Side and become Darth Vader.

Darth Vader will appear in Obi-Wan Kenobi. Delightfully, Hayden Christiansen will play Vader in the show, getting a well-earned shot at redemption 18 years after the sequel trilogy.

And while we don’t see Vader in the trailer, we hear him. His trademark breathing plays over the title card reveal. Think that’s enough to give you chills? Wait until you see him.

You won’t have long to wait. Obi-Wan Kenobi arrives on Disney+ May 25. Get ready, padawans.

On a scale of 1 to 10, how pumped are you for Obi-Wan Kenobi? Unsheathe your lightsaber at the WDW Magazine Facebook page and let out all that joy (or cautious optimism).

PHOTOS: The $11.5 Million Star Wars House Near Disney World Is For Sale

5 Things We Know After Seeing the Star Wars: The Book of Boba Fett Trailer