You don’t have to be an expert on Disney Studios’ animation history to know the name Ub Iwerks — and not just because of how unique it is! Next to Walt himself, Ub was one of the most influential men in the company’s history.

For many decades, Ub didn’t get the credit he deserves, but now he’s recognized as one of the most gifted animators of the 20th century. Ub’s impact came to light in particular when he was named a Disney Legend in 1989.

Of all the Disney Legends inducted into the company’s hall of fame, Ubbe Eert Iwerks arguably deserves the honor the most. A master of art and animation, Ub was Disney’s right-hand man in the studio’s early years. If you don’t know much about his career with the Walt Disney Company, here are some must-know facts about Disney Legend Ub Iwerks.

1. Friends From the Beginning 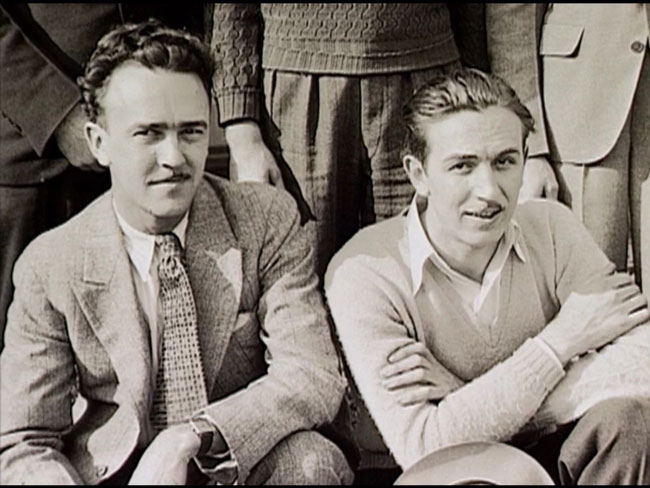 Ub and Walt were longtime friends. Photo courtesy of Disney.

Ub’s relationship with Walt goes way back — before the start of what became the biggest animation studio in history.

When Ub was 18 years old, he worked at the Pesman-Rubin Commercial Art Studio in Kansas City, where he performed lettering and air brush work. While there, he met and befriended fellow employee Walt Disney.

They tried launching their own business together the following year but failed to find success, so the two young men both took jobs with the Kansas City Film Ad Company for a time. Once Walt established his own cartoon studio in 1923, it’s no surprise that he brought Ub along as his first hired animator.

Through the studio had initial ups and downs as it struggled to keep its footing, Ub remained with Walt and helped the company flourish. 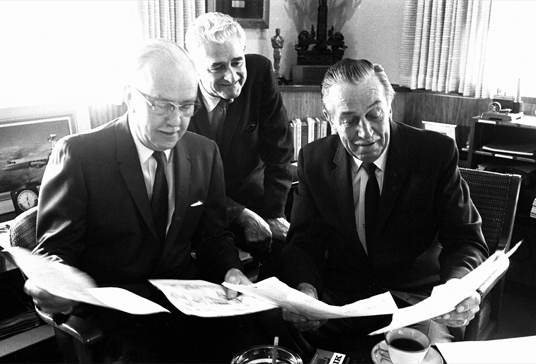 Everyone knows that Walt is the “father” of the famous cartoon mouse who became the face of his company, but Walt wasn’t the only man who had a hand in the rodent’s creation.

When Walt came up with the idea of the mouse to replace his Oswald character — which he lost the rights to — it was Ub who developed the look of the bipedal mouse and formed his final design.

In fact, Ub singlehandedly animated the first handful of Mickey Mouse cartoons released by Disney Studio. If you watch any of these early shorts, you’ll see Ub’s name on the opening credits as the animation’s sole creator.

3. The Fastest Hand in the West (Coast) 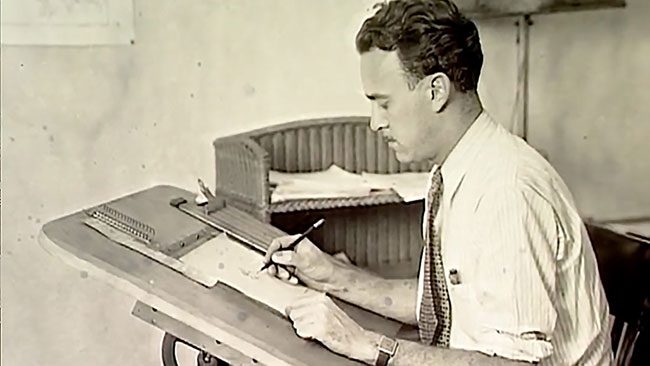 Some artists are skilled at producing in quantity while others produce quality work; Ub was gifted at both. He had the reputation of being the fastest animator working in the industry, drawing hundreds of frames every day when working on a project.

For example, Ub singlehandedly animated Mickey Mouse’s first short — “Plane Crazy” (1928) — in only two weeks. That six-minute-long “sound cartoon” required thousands of drawings, and Ub made 600-700 of them every day.

Good luck finding someone else who works that much and doesn’t get tired of their job!

As you would expect, working with Walt wasn’t always sunshine and roses. The two of them experienced many tense exchanges over the years, and the agitation between them came to a head in 1930. That’s when Ub quit working for Walt and left the studio, accusing Walt of being too demanding and not sharing a fair amount of credit. He wanted the autonomy to produce his own material.

After leaving the company, Ub launches his own studio named The Iwerks Studio, with Flip the Frog starring instead of Mickey Mouse. As promising of a start as it had, the studio never was able to get off the ground, going bankrupt six years later (but you can still grab a collection of Ub’s originals on Amazon).

Eventually, Ub returned to work with Walt under the condition that he was given more freedom, which allowed him to devote time to experimenting with animation techniques and special effects technology.

Thankfully, the liberty that Ub received after returning to Disney’s studio allowed the visionary to develop the technology to combine live-action and animated characters in films. His work earned him an Academy Award for the special effects on Mary Poppins.

Almost two decades after his death in 1971, Ub was honored as one of the first Disney Legends. Without Ub, the Walt Disney Company wouldn’t be what it is today — really, it may not even exist!

Who’s your favorite animator, Disney-associated or otherwise? I love the work of Hayao Miyazaki, and I’ll always be appreciative of the Walt Disney Company for distributing his work stateside so I could discover it.