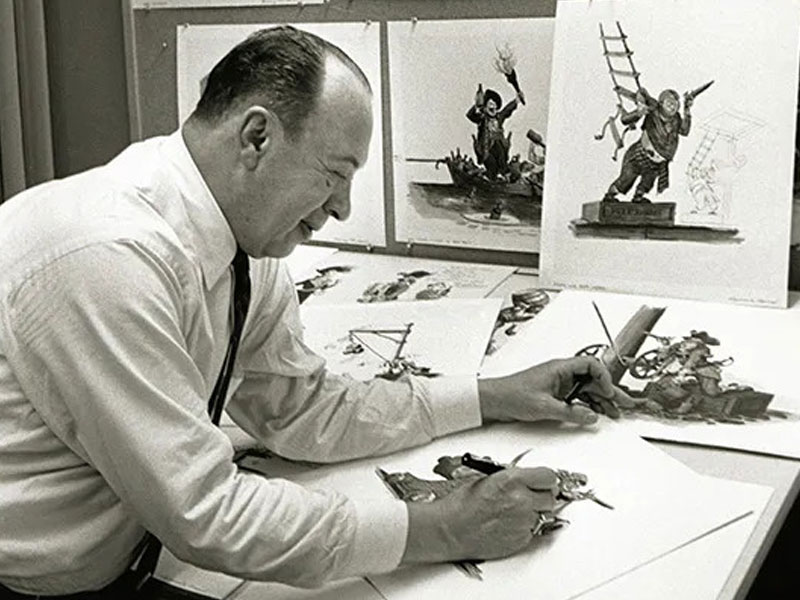 Facts about Disney Legend Marc Davis, one of the most influential animators and Imagineers.

Even the most die-hard Disney fans probably don’t give enough credit to the animators who worked behind the scenes to produce our now-favorite movies. Hand-drawn animation is a tiring, tedious job that only the most dedicated craftspeople spend their lives doing. It takes a lot of talent—and toil!

Take Disney Legend Marc Davis, who spent decades meticulously drawing characters in what has become the company’s most famous films. It wasn’t an easy job, but Marc always enjoyed doing it.

As one of the first inductees into the Disney Legends club — along with the rest of Walt’s Nine Old Men in 1989 — Marc left his mark on the company through his years of hard work. If you don’t know anything about this gifted drawer, here are four facts about Disney Legend Marc Davis.

1. He Had Animal Instinct 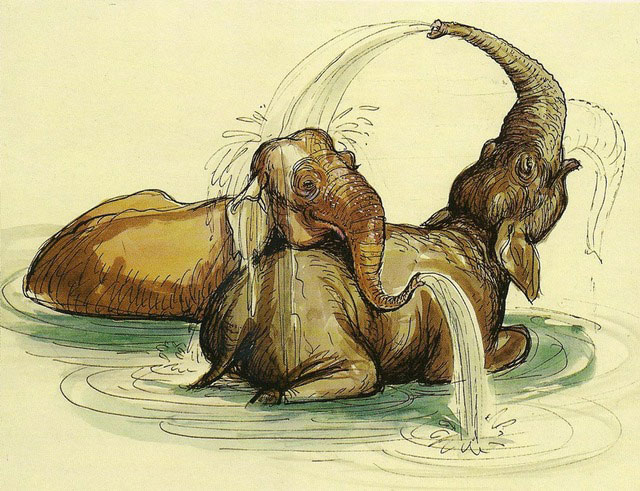 Marc Davis’ time at the zoo influenced his love of sketching animals.

Marc didn’t have an easy life growing up. His family moved a lot, so he attended over two-dozen different schools as a child. In the midst of that instability, Marc found something that grounded him wherever he was: drawing.

As a young adult studying the arts, Marc finally found a place where he could be left in peace to draw: the zoo. He would spend hours at a time observing and replicating the animals there, trying to capture not just their physical form but their inner nature on the page.

How well did Marc become at drawing animals? His story drawings for Bambi laid the foundation of the 1942 film and are still held as some of the top examples of animated animal characters ever made. 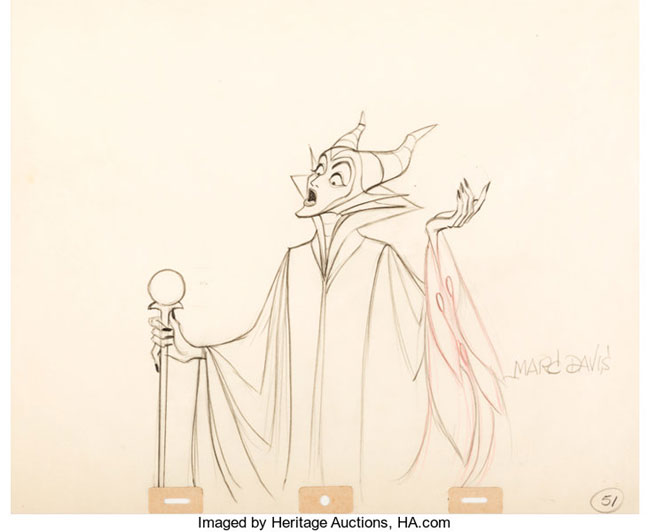 Maleficent is among the characters that Davis brought to life.

Each of Walt’s Nine Old Men had a particular animation specialty that they contributed to the motion pictures churned out by the studio. For Marc Fraser Davis, his knack was drawing female characters.

Marc had a hand — literally — in bringing some of the most iconic classic Disney women to life. The way he depicted the form and movement of each one was distinctive, ranging from the fair and dainty Tinker Bell to the gaunt and menacing Cruella De Vil. 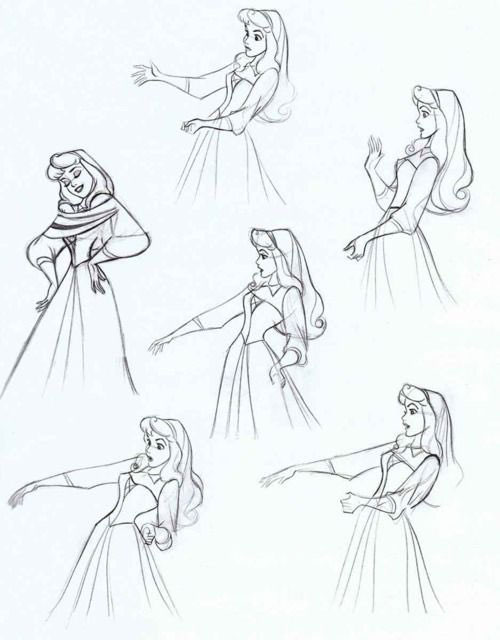 The ladies’ man was a wonder at creating natural movement.

Other notable characters that Davis helped draw include Maleficent, Cinderella, Aurora, and Alice. Imagine how different these women would have been in the hands of a different animator!

3. From the Page to the Stage 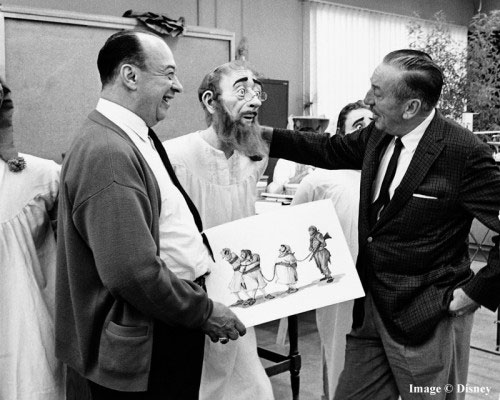 Davis was heavily involved in the creation of park Audio-Animatronics.

Marc didn’t spend his entire career working for Walt in his animation studios. He eventually transferred to the design and development group that became Walt Disney Imagineering, helping stage many beloved attractions. 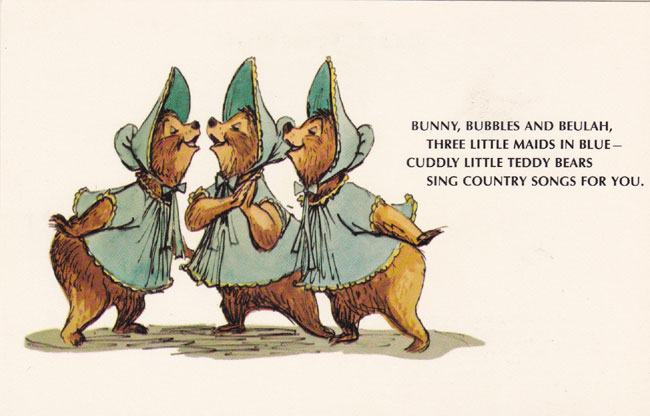 Marc Davis’ work can be seen at the Country Bear Jamboree

As one of the first Imagineers in the company, Marc helped bring Walt’s vision of Disneyland to life by guiding the narrative and character elements of attractions such as The Enchanted Tiki Room, “it’s a small world,” Pirates of the Caribbean, The Haunted Mansion, and The Jungle Cruise. He was particularly involved in the design of the Audio-Animatronics. 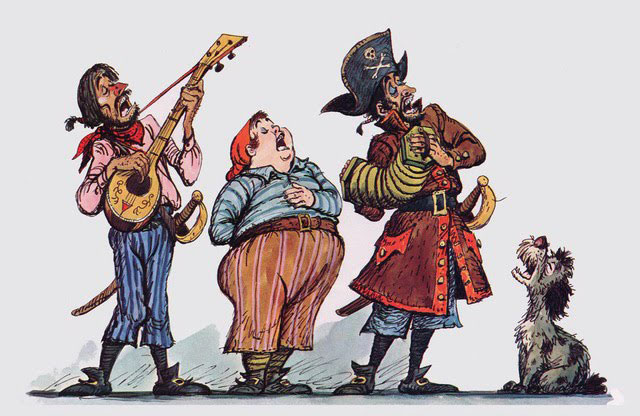 Even after Marc officially retired in 1978, he consulted on the development of EPCOT and Tokyo Disneyland.

4. A Legacy That Lives On

Marc studied drawing at multiple places, including the Kansas City Art Institute, the California School of Fine Arts in San Francisco, and the Otis Art Institute in Los Angeles. Thus, it’s no surprise that Marc was a major supporter of the arts in higher education.

Even though Marc passed away in 2000, his influence on the industry still lives on through efforts made by the institutions he supported during his lifetime. The Academy of Motion Picture Arts and Sciences has presented the Marc Davis Lecture on Animation series to showcase the finest creators

Both Marc and his wife Alice were big supporters of the California Institute of the Arts ever since their friend Walt Disney helped launch it in the 1960s. In January 2000, the same month that Marc died, the institute launched the Marc Fraser Davis Scholarship Fund, which helps gifted young hopefuls receive valuable training for a career in animation.

The book, Marc Davis: In His Own Words explores the work of Davis with his commentary on his time with Disney:

As the recipient of many prestigious animation awards, Marc Davis was rightly honored for his many achievements in the latter phase of his life, including being inducted as a Disney Legend in 1989.

Which classic Disney woman is your favorite? Are you partial to leading ladies like Alice or vile villainesses like Maleficent?