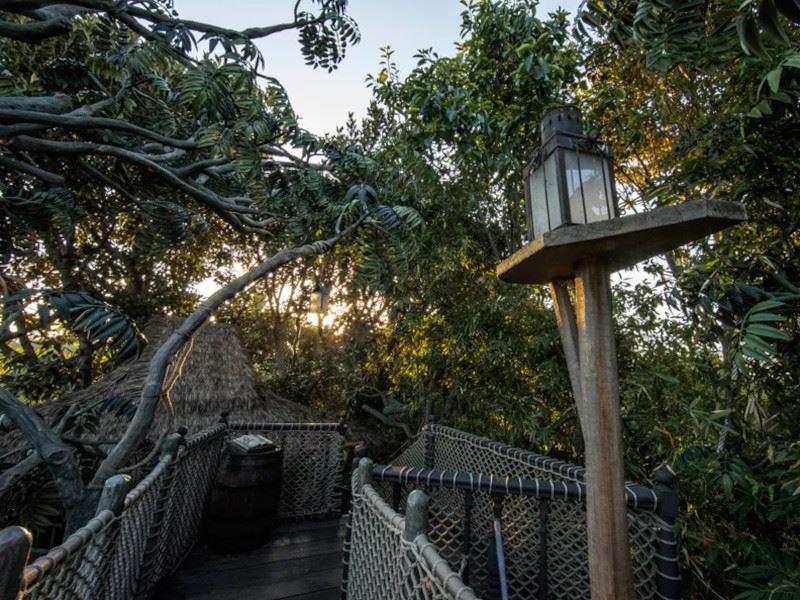 Are you ready for adventure? Check out these 3 facts about Tarzan’s Treehouse, and see why it’s the perfect spot for adventurous Disney fans!

Nestled between the Jungle Cruise and Indiana Jones Adventure, lies the dwelling place of a heroic, animated Disney legend. At 80 feet tall, Tarzan’s Treehouse is an interactive, walkthrough attraction, just waiting for eager imaginations to explore.

Based on Disney’s animated film, Tarzan, which came out in June of 1999, the treehouse contains a series of themed displays, cleverly dispersed throughout it’s branches. Also known as “Disneydendron semperflorens grandis” which means “large ever-blooming Disney tree,” it weighs a whopping 150 tons! 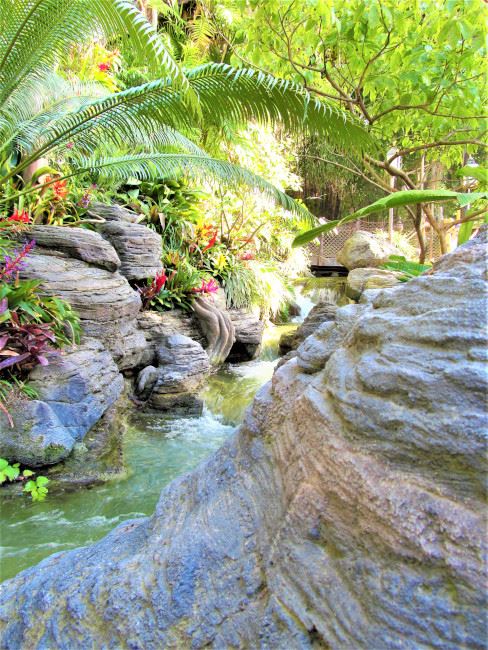 As you make your way through the attraction, drawings from Jane’s sketchbook are scattered throughout, telling the story of a boy who braved the wilds of the jungle. Detailed rooms are adorned like scenes from the movie, while music from its amazing soundtrack plays in the background.

Though there is no ride in this attraction, Tarzan’s Treehouse is a peaceful interlude in the middle of a busy day at the park. Generally, there is no line, and you can walk on easily, traveling through at your own pace.

Views from the top are amazing, making it a worthwhile place to snap some photos as well.

Here are three facts about Tarzan’s Treehouse that will leave you feeling ready to get lost in the jungle! 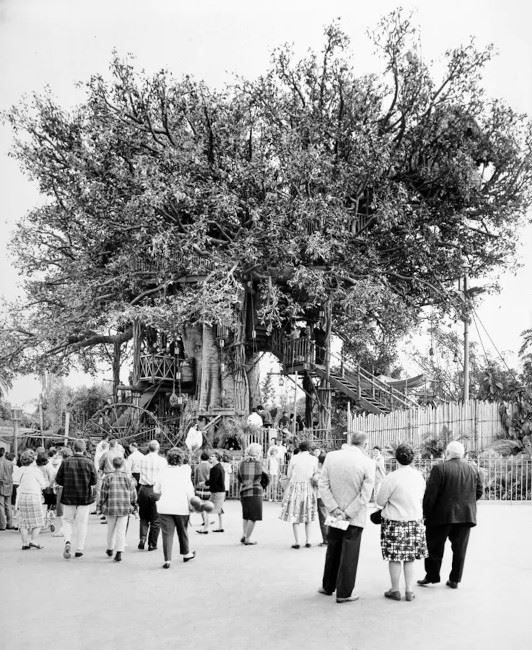 Swiss Family Robinson was a Disney adventure movie, that premiered in theaters in Decemer of 1960. Two years after its opening, in November 1962, the Swiss Family Treehouse attraction debuted at Disneyland Park.

Similar to Tarzan’s Treehouse, the concept remained the same, but the theming was different. Several rooms were designed, based on the storyline from the motion picture.

When the treehouse was updated to its current Tarzan theme, the attraction got a makeover. Not only did the vignettes change to mirror the animated film, 6,000 replacement leaves were added, as well as a suspension bridge, and more hands-on, interactive features. 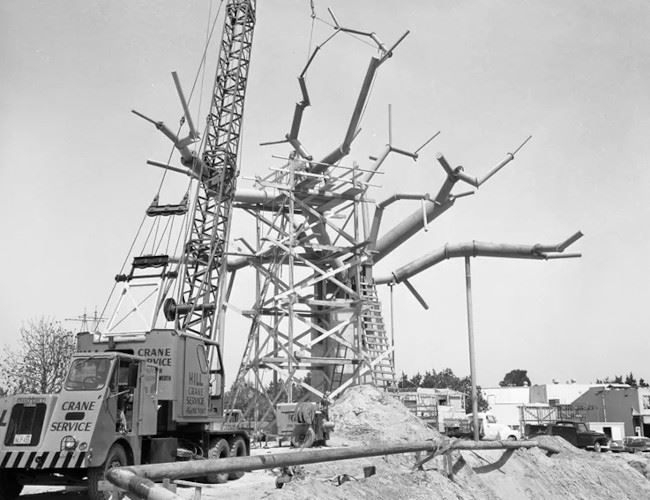 As a nod to its past life, tributes to the Swiss Family Treehouse were added, like Easter eggs, to the attraction. A sign that says, “Mind Thy Head,” as well as a song called the “Swisskapolka,” which plays on a retro gramophone, continue to keep the spirit of the old attraction alive.

Closing in February of 1999, it made room for a newly imagined project. Tarzan’s Treehouse opened just a few months later, on June 23, 1999, during its animated movie premiere.

2. The Treehouse Isn’t Just In Anaheim 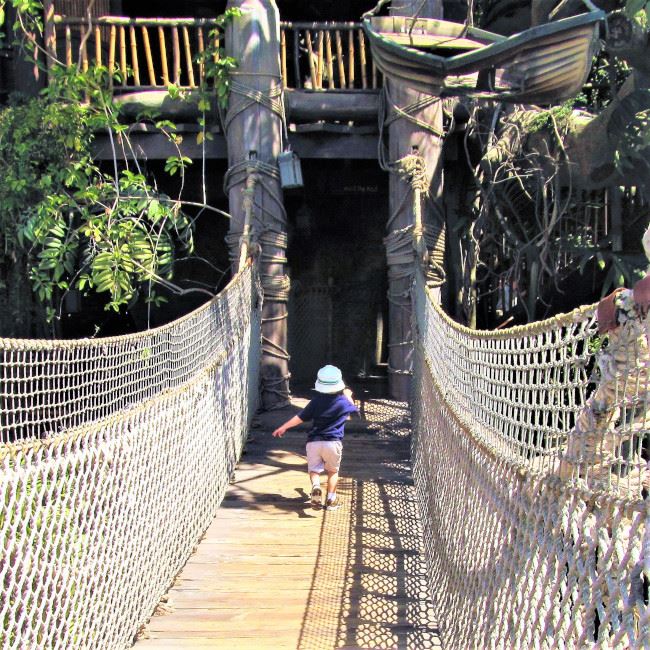 Interestingly enough, although three different versions of the Swiss Family Treehouse can be found at various Disney Parks, only one other Tarzan’s Treehouse exists. Hong Kong Disneyland contains their own attraction, extremely similar to the Disneyland original, except when it comes to location.

Perched on top of Tarzan’s Island, the treehouse opened along with the park on September 12, 2005. To get to its shoreline, guests board a ferry that takes them across the Rivers of Adventure. The setup mirrors Disneyland’s Pirate’s Lair on Tom Sawyer Island, along with the Rivers of America.

3. Tarzan’s Treehouse Is An Interactive Adventure 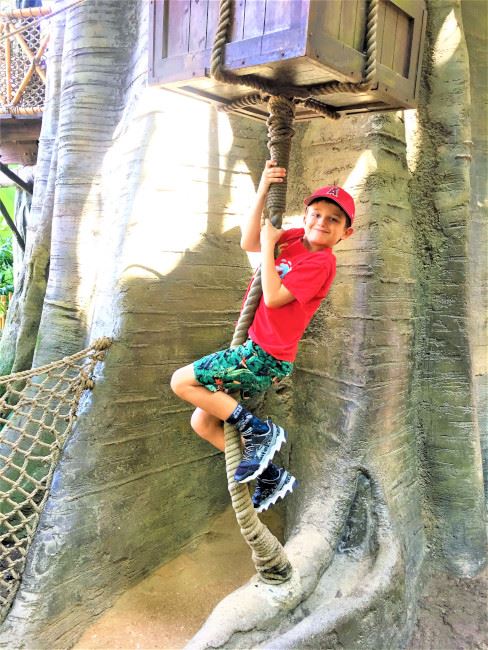 After climbing up a tree stump, and crossing over a rope bridge, you’ll notice several hands-on features throughout the walkthrough. Announce your arrival by ringing the bell as you traverse up the steps.

Brace yourselves, because Sabor the leopard is just around the corner. Touch the book that displays his photo, if you want to hear him roar, but beware, he has quite an eerie growl. 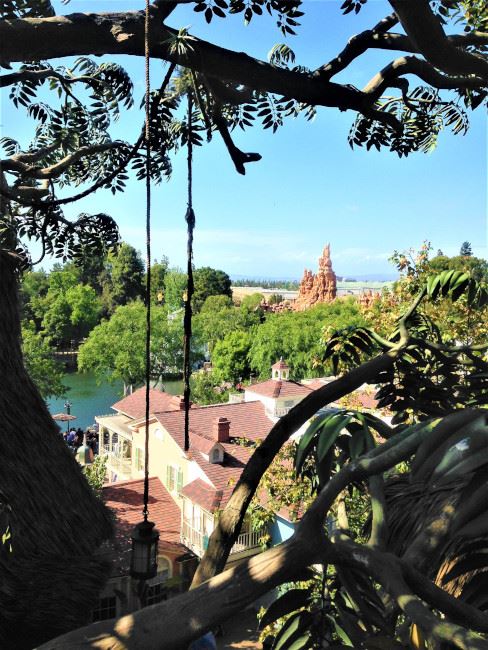 Pro Tip: Although fun for older kids, this can be very loud and startling for littles, so make sure to prepare small children in advance.

Down the steps, a tender scene awaits, as Tarzan’s ape mother Kala cradles him in her loving arms. Awaken the magic of the mirror by touching the book to watch special scenes from the orphan’s life, as they appear in the reflection.

Pretend you are captain of the sea, as you grasp the helm of Tarzan’s ship, located in Jane’s room. Don’t forget to take in the amazing views at this point, and as you continue along your journey. 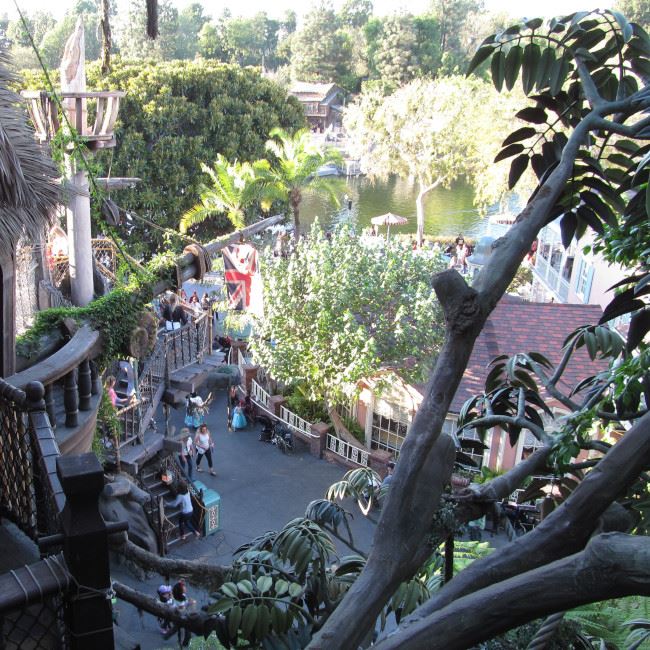 As you make your way down the steps to the bottom of the campsite, let your inner explorer loose, as you touch, spin, and play your way around, being sure to pay close attention, as certain elements come to life. Hint: there’s a nod to Beauty and the Beast in this area, in the form of a certain teapot and cup!

Leave your manners at home and make some noise by playing music, and banging on pots and pans, just like the gorillas. On your way out, don’t forget to pull on the hanging rope, to hear wild animal sounds from the jungle.

Tarzan’s Treehouse is a fun, interactive playful area that makes it the perfect spot for adventurers. With stunning views, and peaceful surroundings, it’s sure to add some magic to your Disneyland day.

Think we missed any fun facts about Tarzan’s Treehouse? Tell us your thoughts over on our Facebook page– And be sure to tell us what your favorite interactive area at Disneyland is!

3 Out of This World Space Mountain Facts