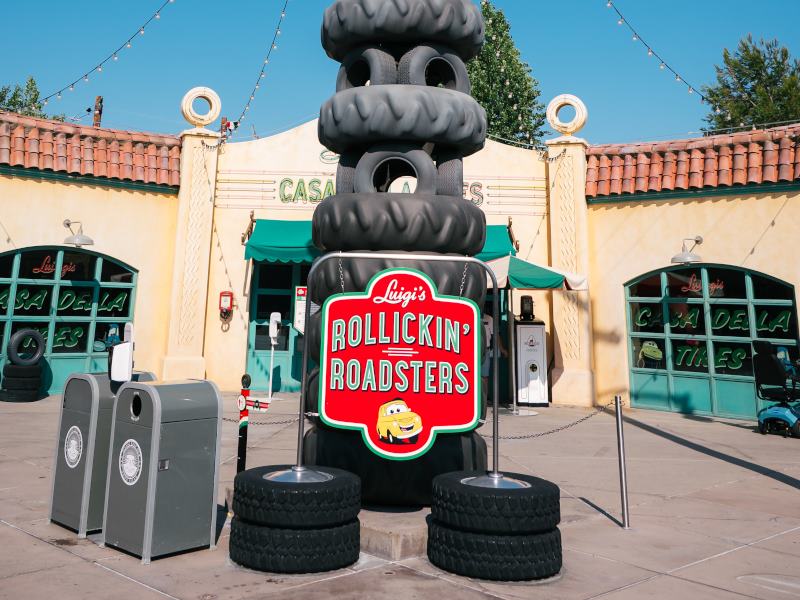 Planning a scenic drive through Cars Land? Spice up the visit as you go rock and rollin’ through DCA with these Luigi’s Rollickin’ Roadsters facts!

One of the impressive hallmarks of Cars Land in Disney’s California Adventure Park is that everything around you looks and feels exactly like the movie! As you cruise down the main drag, you’ll notice a leaning tower of tires veering off on the left side of the road.

This satirical landmark is home to Luigi’s Casa Della Tires, which houses his tire shop and festive Italian garden. As you make your way through pristine hedges of greenery, you are led to a tire yard, containing adorable little automobile characters, modeled after Italian micro-cars from the 1950’s. 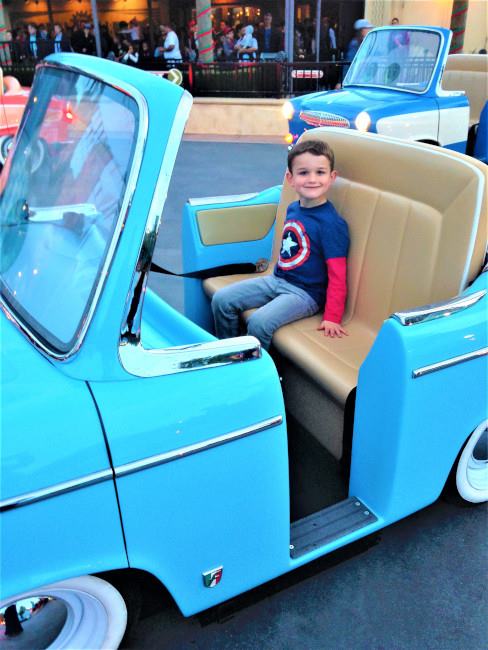 When the gates open, guests hop aboard a colorful vehicle of their choice, and are treated to a specially choreographed dance, synced with a unique Italian tune. Once the music starts, they are whisked off to spin their way around the yard.

Upon its opening in 2016, this attraction had replaced a completely different style of ride. Formerly known as Luigi’s Flying Tires, the entire concept had been reimagined.

1. The Roadsters Were Formerly More Tire-ing

The vision of Cars Land was first announced in 2007, along with plans for an attraction named Luigi’s Roamin’ Tires. Its inspiration came directly from the Flying Saucers, a now defunct Disneyland ride that operated from 1961-1966.

The concept was challenging for engineers, as they were faced with the task of giving guests the impression they were flying. With this notion in mind, the name was changed to Luigi’s Flying Tires before its launch on June 15, 2012. 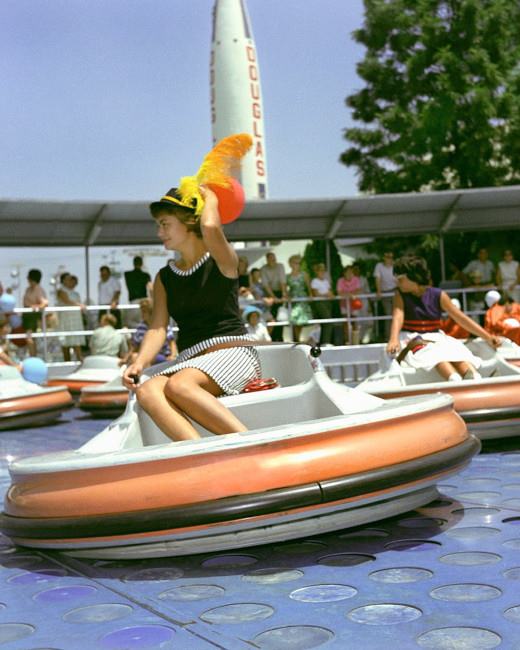 Originally, the attraction consisted of large bumper cars, in the form of tires. Once the ride began, your “vehicle” would literally lift off the ground about two inches, as air was pumped up through a whopping 6,714 air vents!

To get the tires to move across the yard, guests would lean from side to side, in the direction they desired to travel. In an effort to make the ride more colorful, giant beach balls were added that could be tossed around during the ride. (I remember this, it seemed very random, but it was fun nonetheless!) 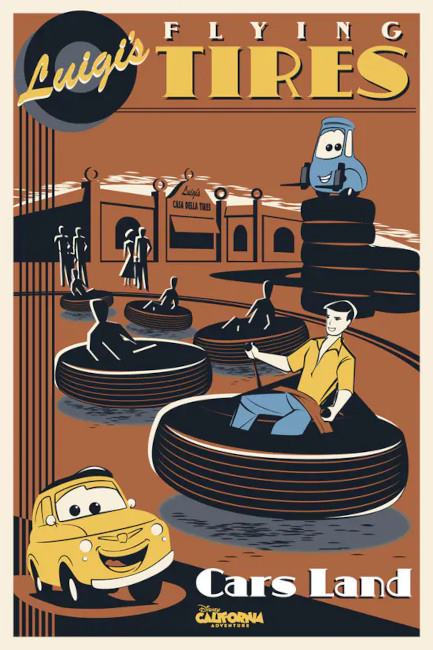 The ride closed on February 5, 2015, after a run of less than three years. About a year later, on March 7, 2016, the attraction reopened with its new name and entirely different concept.

2. The Attraction Utilizes a Unique Technology 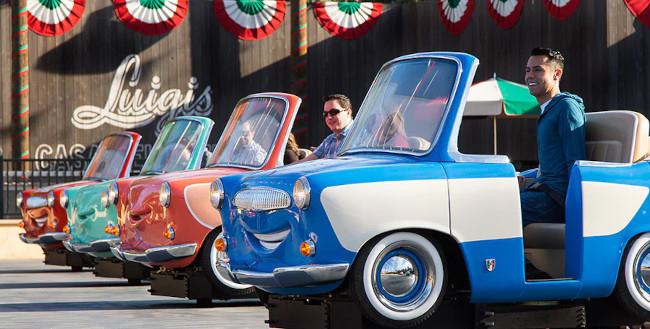 Luigi’s Rollickin’ Roadsters makde its mark by being the first ride at Disneyland to employ a trackless ride system. There are only a small handful of trackless rides currently operating at Disney Parks, so this is quite a feat.

Walt Disney World, Tokyo Disney Resort, Hong Kong Disneyland and Disneyland Paris all make use of the innovative technology as well. Each park offers their own unique attraction that incorporates this modern ride system.

During the holidays, Luigi’s Rollickin’ Roadsters implements fun additions to the ride. On top of creative changes to its name, new music and décor gives a festive touch to the already jovial experience.

When fall arrives, and Halloween Time begins at the Park, the ride becomes known as Luigi’s Honkin’ Haul-O-Ween. For the Christmas season, it transforms into Luigi’s Joy to the Whirl. 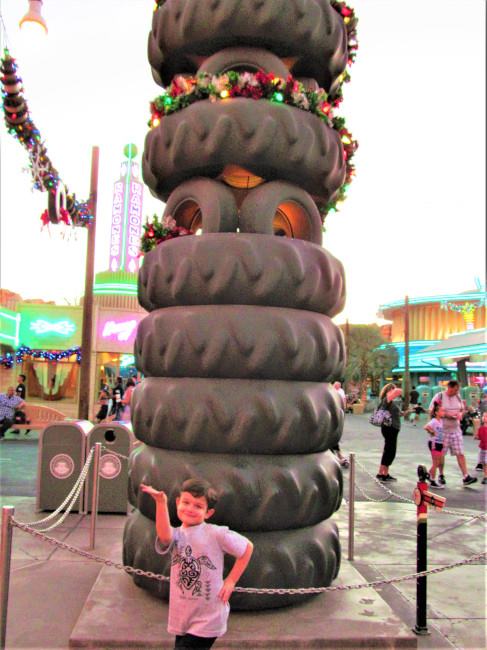 Pro Tip: Holidays at Disneyland Resort are a must do! It is a truly magical experience that cannot be duplicated. I get tears just thinking about nights at the park during Christmas time. 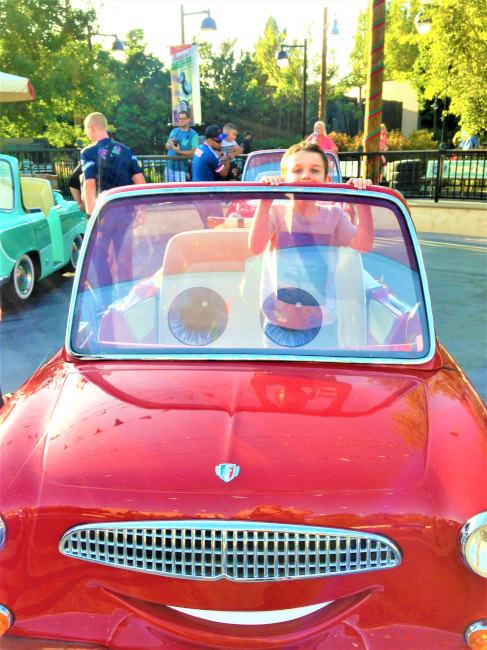 While Luigi’s Rollickin’ Roadsters may not be the obvious first choice when visiting Cars Land, be sure to give it a whirl. Its fun and festive atmosphere makes it a delightful experience the whole family can enjoy!

3 Out of This World Space Mountain Facts