3 Engine-Revving Facts About Autopia at Disneyland 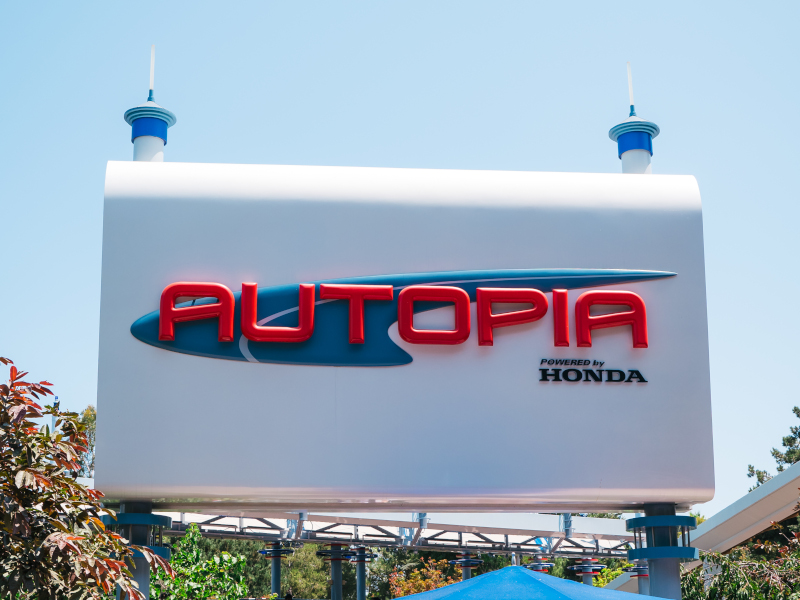 We hope these three Autopia facts will fire up your interest in Disneyland’s classic auto attraction.

As a kid who grew up visiting Disneyland Resort quite often, Autopia was the pinnacle of experiences for wide-eyed children like me. Forget the larger attractions or Fantasyland rides made for youngsters; all we wanted was to drive our own car!

Though this attraction has undergone several overhauls and interesting changes throughout the years, it remains a popular addition to Disneyland Resort. In fact, did you know that Autopia is the only ride in Tomorrowland that has existed since the park opened in 1955?

Walt Disney once stated that, “Disneyland will never be completed.” So, in an environment that thrives on constant innovation, how has Autopia managed to endure all these years?

Here are some facts you may not have known about the attraction that will shed some light on why this particular ride has been so successful throughout Disney’s history.

1. Disneyland Has Had Multiple Versions of Autopia

Several versions of this ride have been imagined since its conception at Disneyland, some of which were even operating at the same time. Though Tomorrowland Autopia has existed the longest, there are three other designs that were created alongside the original.

In 1956, Junior Autopia made its debut, boasting a center guard rail within its track. Although it closed shortly after in 1958 to make room for Matterhorn Bobsleds and the Monorail, Disney reopened a larger version in 1959, known as Fantasyland Autopia.

Midget Autopia opened in Fantasyland in 1957 with a new, smaller track created with younger drivers in mind. Located next to the Storybook Land Canal Boats, it was the only version ever created with two steering wheels. Adults were prohibited from riding, which may have contributed to its closing in 1966, giving way to “it’s a small world.” 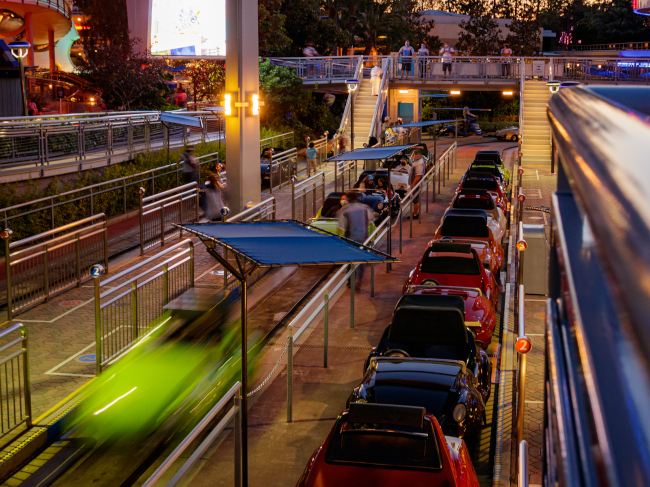 Finally, in the year 2000, Disneyland came out with its current and longest-lasting version of the ride, complete with newly remodeled cars, and my personal favorite, an off-roading section of the track. Though there have been a few changes since its opening– most notably from a Chevron to Honda theme– it has largely remained the same.

2. Autopia Is Constantly Reinventing Itself 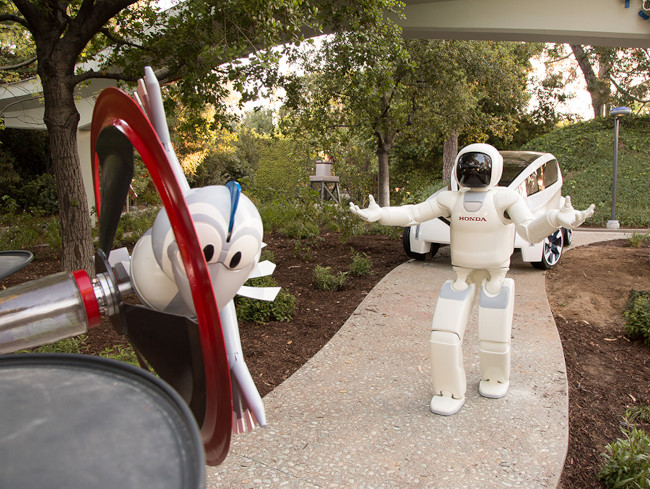 Though the basis of the ride has never changed, Autopia has been altered many times since its first debut. Whether it be through remodeling, new vehicles, or even different versions complete with their own unique theming, Autopia has constantly rebranded itself to keep up with the times.

For example, I have fond memories from when I was a child of a different version of the ride, known as Rescue Rangers Raceway. Due to shrinking crowds back in 1991, Disneyland promoted new interest for its Fantasyland Autopia attraction by creating a new theme to mirror the popular Chip ‘n’ Dale Rescue Rangers cartoon, adding character cutouts to the track and adorning cars with its logo.

Another product of consistent change, Autopia’s vehicles have been replaced with many different models throughout the years due to wear and tear, better technology, and modern styling. New buildings, paint schemes, queues, and even soundtracks have changed the ride’s overall feel, making it a fresh, new experience for guests.

3. Four Other Disney Parks Have Boasted Their Own Version of Autopia 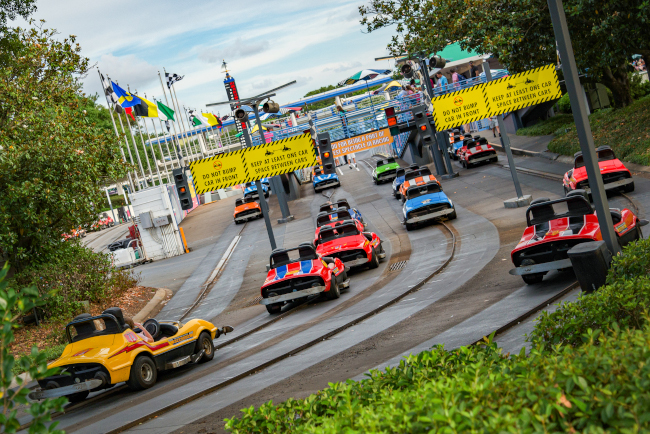 Walt Disney World’s raceway story is similar to Disneyland, in that since its premiere at the Magic Kingdom on the park’s opening day in 1971, it has undergone several changes. Currently known as the Tomorrowland Speedway, over the years, the track has been adjusted (to make room for other attractions), the name has been changed, and the theming has been altered.

Tokyo Disneyland’s Autopia was called Grand Circuit Raceway, and it opened in 1983 when the park opened, just like the other Disney Parks. Unlike its counterparts, the ride did not undergo many changes throughout the course of its existence, which ended in 2017, when it closed to make room for a Beauty and the Beast-themed area. 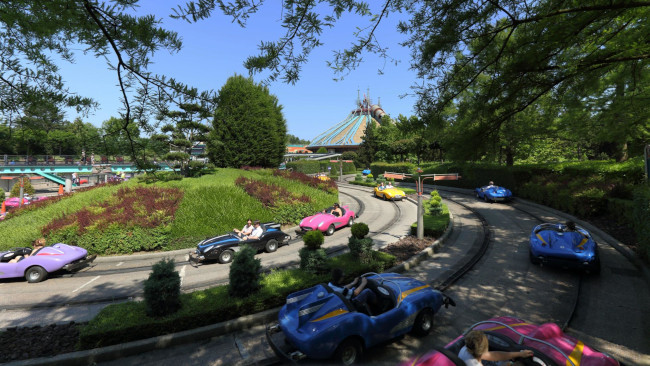 Disneyland Paris’ version of the ride opened in 1992, along with the premiere of its original theme park (Disneyland Park) and using the original Autopia name. The ride is unique in that it has a 1920s vintage/futuristic theme.

Lastly, Hong Kong Disneyland debuted its version of Autopia in 2006 and is the only Park not to have an Autopia attraction premiering on opening day. The Hong Kong version was distinctive in that its vehicles were electric and came complete with snazzy lighting and even an audio system. The attraction closed in 2016 to make room for an Avengers-themed area.

Although Autopia may be considered one of the smaller attractions at Disneyland Resort, its history is extensive. An original of the park attraction, it has a captivating backstory and we hope these facts help you to see Autopia in a new light

Everything You Need to Know About Disneyland Resort Magic Key