Today we remember a classic attraction in Magic Kingdom: 20,000 Leagues Under the Sea.

Shortly after WDW’s grand opening, guests could enjoy 20,000 Leagues Under the Sea: Submarine Voyage. The landmark attraction stayed open until 1994. But do you know what attraction is now built on the spot of this former must-ride? 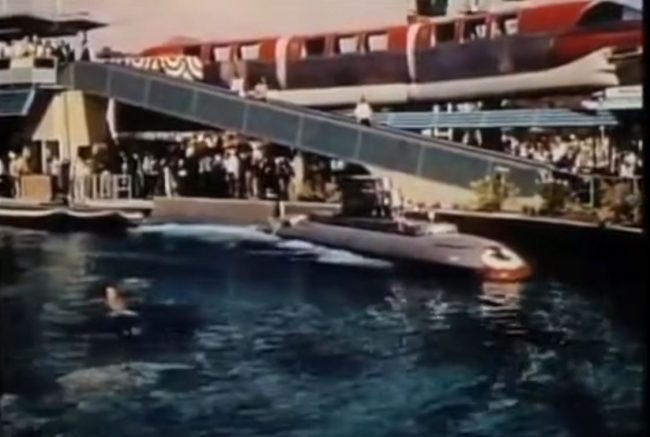 When work was underway on the Magic Kingdom at Walt Disney World, one of the attractions the company planned to replicate from Disneyland was the Submarine Voyage attraction.

In Disneyland, the Submarine Voyage ride opened in 1959 as part of the first large expansion of the park, along with the Matterhorn Bobsleds and the Disneyland-Alweg Monorail system.

This expansion also marked the introduction of E-Ticket attractions, which led to Disney’s plans to bring the Submarine Voyage attraction to Walt Disney World for its opening in 1971.

The Disneyland version of the attraction perfected many of the special effects that would be used in the Walt Disney World version, too. Forced perspective gave guests a deeper sense of realism during their voyage, and while the submarines were not actually submerged fully underwater, a bubbling effect helped to create the illusion that guests were indeed traveling deeper into the ocean.

20,000 Leagues Under the Sea in the Magic Kingdom

Seeing the success of the Submarine Voyage in Disneyland, a sister attraction was high on Walt Disney’s list for his Florida project. He envisioned the new ride to be similar in concept to the Disneyland version, but with more space, Walt believed Imagineers could achieve an even greater level of detail in creating a totally immersive experience for guests.

With the deadline of October 1, 1971 set for the opening of the Walt Disney World Resort, Imagineers, along with a large team of contractors and construction workers, had their work cut out for them. Due to a number of unforeseen challenges in creating the lagoon and getting the submarines to properly function along the track, this E-Ticket did not open with the rest of the park.

Just two weeks later, 20,000 Leagues Under the Sea opened after the rest of the park on October 14, 1971. Guests were thankfully impressed by not only the physicality of the attraction appearing to dive underwater, but also with the size of the attraction and the attention to detail. 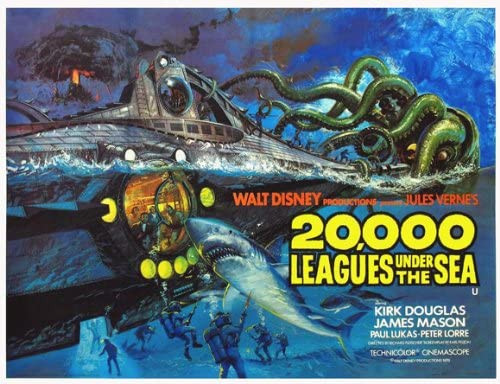 The 20,000 Leagues Under the Sea Magic Kingdom attraction was based on the 1954 film

Moreover, the level of detail in theming 20,000 Leagues Under the Sea to the movie it is inspired by helped to reinforce the immersion guests would experience on the attraction.

The theming around the submarines themselves included volcanic rock formations based on Captain Nemo’s Pacific Ocean base Vulcania, and the vehicles themselves were based on the same designs that Disney Imagineer Harper Goff worked on for the film.

While onboard the attraction, each guest would be seated in front of their own porthole windows where, though never truly submerged, they would come across ocean life, sunken treasure, and nods to the 1954 live-action film.

Seven Dwarfs Mine Train is now built on the site. Photo by Brett Svenson

Unfortunately, 20,000 Leagues Under the Sea closed in 1994 for a number of reasons. As Walt Disney World expanded, it became increasingly difficult to justify attractions that took up such a large amount of space unless there was a worthwhile reason for doing so, in terms of guest satisfaction and operational costs.

When then-CEO Michael Eisner was revamping many areas of Walt Disney World in the 1990s, it became clear that 20,000 Leagues Under the Sea was one attraction that needed to go.

While it was not the least popular attraction in the Magic Kingdom, its popularity had dwindled since new rides were added, and problems arose over the years with the lagoon’s seal causing small leaks around the ride’s foundation.

Initially when the attraction closed, the submarines were removed and the lagoon remained. The area next to the lagoon was rethemed to Ariel’s Grotto, an area where guests could meet Ariel and see other small details from The Little Mermaid.

The submarines themselves were moved to a backstage area at this point; one submarine eventually made its way to the now defunct Studio Backlot Tour at Disney’s Hollywood Studios and another was sunk for snorkelers to view while stopping at Castaway Cay with Disney Cruise Line.

In 2004, the lagoon was filled in and a small playground “Pooh’s Playful Spot” popped up where the space was located close to The Many Adventures of Winnie the Pooh attraction. With the opening of New Fantasyland, the area finally became the attraction we see today in 2014, Seven Dwarf’s Mine Train.

Be Our Guest Restaurant also occupies a space where the old attraction was, which is why Disney has created this horrifying Squid’s Revenge cocktail for the restaurant themed after 20,000 Leagues Under the Sea. 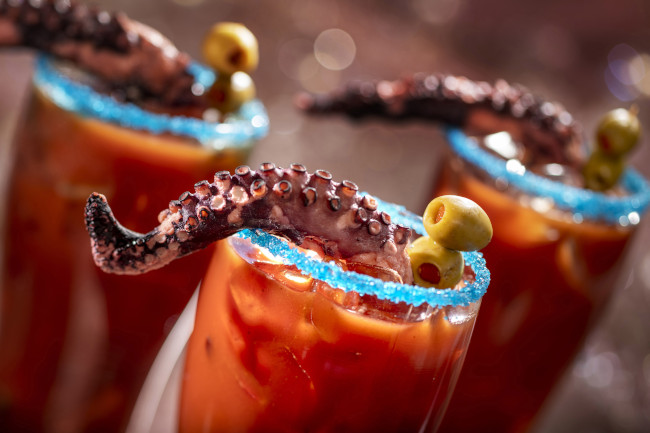 Bottoms up! Photo courtesy of Disney

The 20,000 Leagues Under the Sea Magic Kingdom attraction was certainly a product of its time, though many guests are still nostalgic for the attraction. For fans today, the ride can sometimes be found in Disney Parks artwork, pins, and in the form of a souvenir tiki mug at Trader Sam’s Grog Grotto.

While there are only subtle nods to the attraction at Walt Disney World today, fans can experience a similar attraction by heading over to Disneyland, where the ride reopened with a theme of Disney and Pixar’s Finding Nemo in 2007.