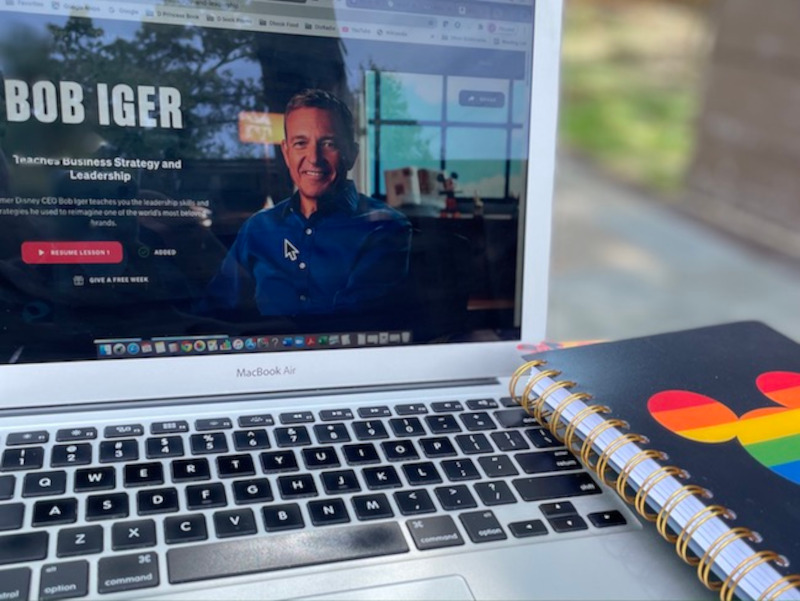 In honor of National Learning Month this September, let’s take a look at the Bob Iger MasterClass on Business Strategy and Leadership.

Ready to go? Whip out that Mickey notebook and Goofy pen and get ready for your MasterClass with Bob Iger.

A Little About Bob 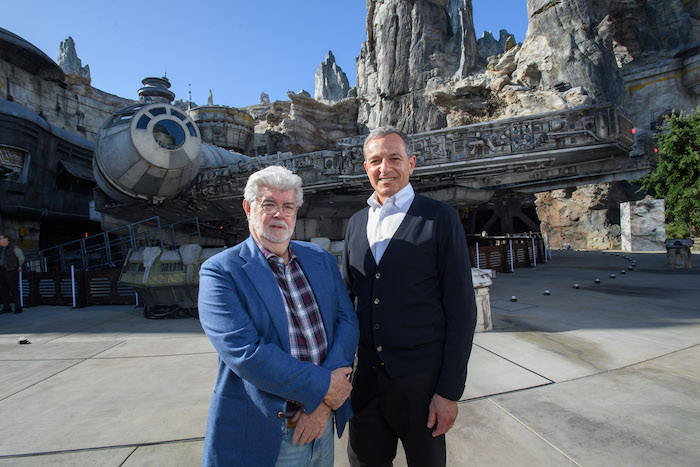 The year is 1974. It’s three years after Walt Disney World opened and the year Bob Iger started working with ABC, the company he would eventually lead to merge with Disney.

A few decades later, in 2005, Bob Iger became CEO of the Walt Disney Company. Can you name a few ways Disney is different now from how it was in 2005? Bob Iger was responsible for many of those changes.

In 2019, Bob Iger led a MasterClass on Business Strategy and Leadership and gave a behind-the-scenes peek into some of the major ways Disney has changed.

To celebrate National Learning Month, I took this class to share all the magical moments that get us geeking out about Disney business, parks, animation, and history.

Here are my 12 favorite quotes from the Bob Iger MasterClass:

1. “Here I am running one of the greatest companies in the world.”

No kidding. But Bob is being modest. Disney continued to be one of the greatest companies in the world during his tenure because of Bob Iger.

2. “The board decided a new CEO was needed.” 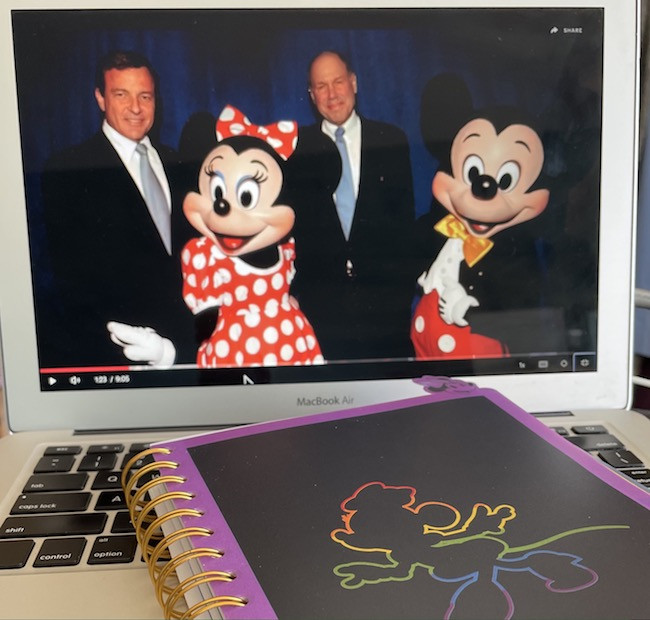 And Bob was the only candidate. Disney was struggling when Iger became CEO in 2005.

He identified three strategic priorities that drove some of the major changes that we Disney fans are still enjoying today:

If you want more on Disney when Iger started and an online class is not your thing, I highly recommend the Imagineering Story on Disney+.

Maybe this is one reason Iger has been called Hollywood’s nicest CEO.

Not surprising, Iger works long days, getting into the office around 6:30 AM when not traveling, but tries to be home by 4:30 PM to have dinner with his family.

He even takes 8 to 10 PM to read or watch TV, but not directly tied with work.

4. “In times that the company was making great animated films, the overall company soared.” 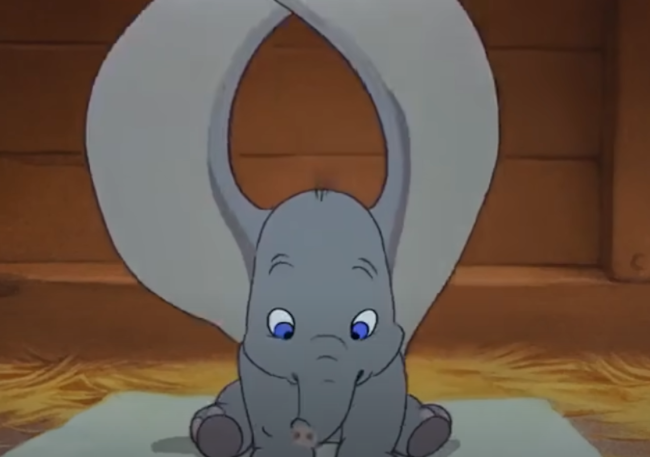 Iger’s first priority as CEO was to turn Disney animation around.

He gave examples of the films Walt made: Snow White and the Seven Dwarfs, Cinderella, Dumbo, Pinocchio, and Sleeping Beauty.

Then came the Eisner era with The Little Mermaid, Beauty and the Beast, Aladdin, and The Lion King.

In the Iger era, Walt Disney Animation Studios released over 12 animated films, many that have become classics, including The Princess and the Frog, Tangled, Wreck-It Ralph, Frozen, and, my personal favorite, Meet the Robinsons. 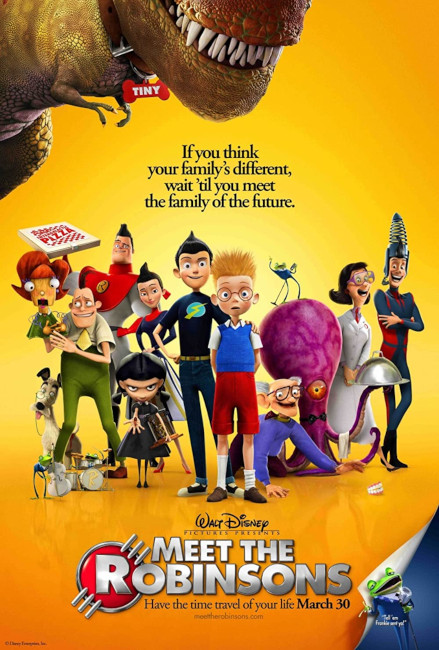 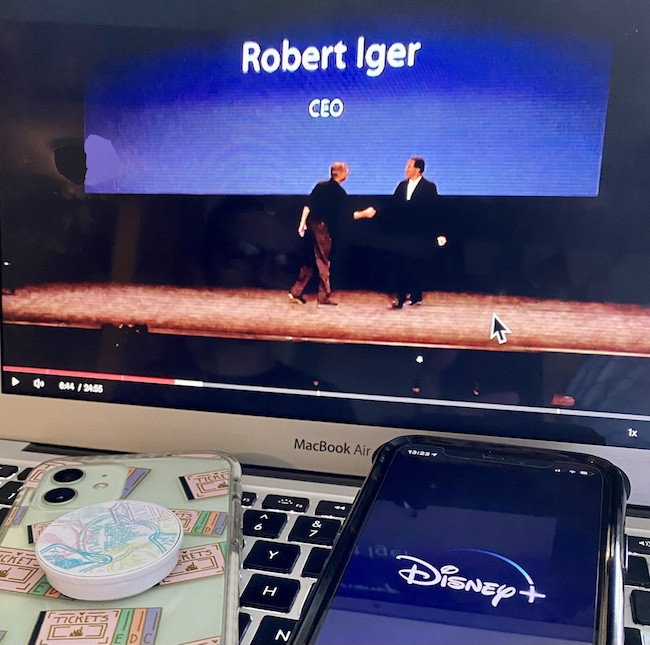 It was this idea that led Bob Iger and Steve Jobs to build a relationship that would eventually lead to one of the biggest transformations of the Disney company.

Iger was key to getting Steve Jobs on board for the Disney acquisition of Pixar in 2006.

Does Bob have a Pixar favorite? Absolutely.

He thinks Ratatouille is one of the greatest movies Pixar ever made. Only Pixar could make us fall in love with the idea of “rats cooking at a high-end French restaurant,” as Iger jokingly described the film.

6. “I had a meeting to talk about … the core attributes of a Disney Princess.” 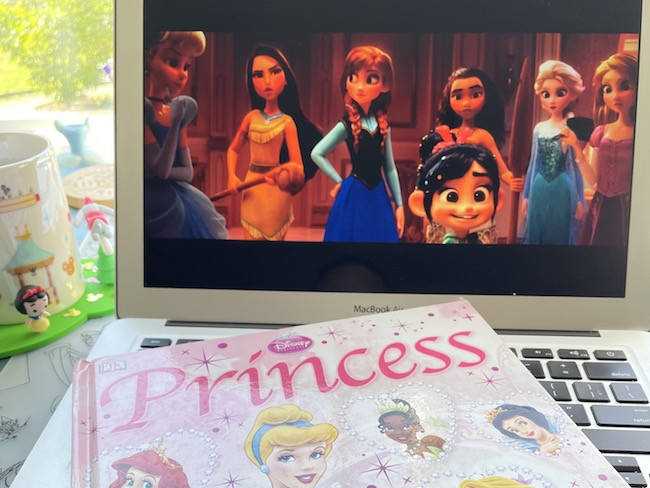 How do you answer when someone asks what you did at work today?

Bob doesn’t only talk about princesses at dinner. He watches the movies he watched as a kid, like Cinderella, with his own grandchildren.

He loves the classics but also shared that Disney Princesses for a modern world need to show young women who:

7. “Tell a story in one area but create value in others.” 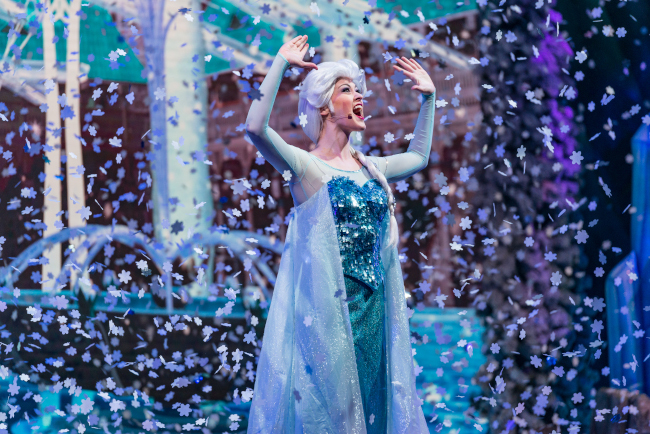 No one leverages a magical story across businesses like Disney. Frozen is Iger’s recent example that started with a blockbuster movie and then:

8. “A great story is a great story. Something an audience finds so appealing that there’s never enough.” 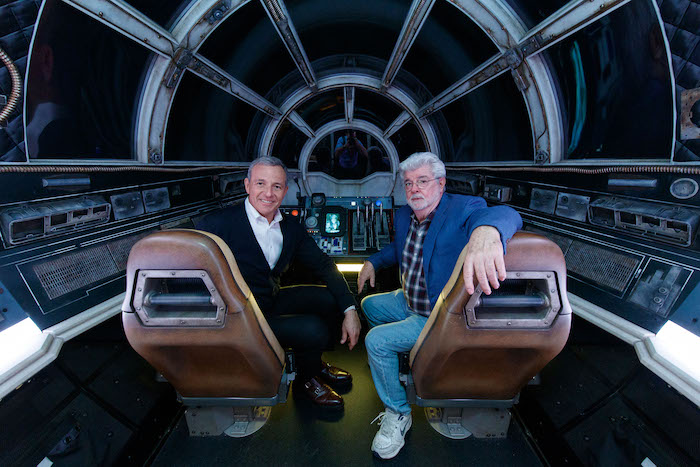 What we love so much about Disney Parks is seeing our favorite stories come to life. Whether characters, rides, food, or entire lands, we want to and get to become part of the story.

Iger shared that being able to give fans a “completely immersive experience in Star Wars storytelling” was the goal behind Galaxy’s Edge.

Iger stressed the importance of getting out there and meeting people so Disney could continue to make stories that are relevant to people all over the world.

It requires being on the ground in a market and meeting the people, to touch and feel and listen so you can understand who you are creating stories for.

We see this impact in the diversity that Disney is including in its films. Iger pushed back on the concern that a Black superhero wouldn’t travel as well worldwide. He was really taken with the world of Wakanda and Black Panther.

And he was right. Black Panther not only had over $1 billion in global box office but was nominated for an Academy Award. 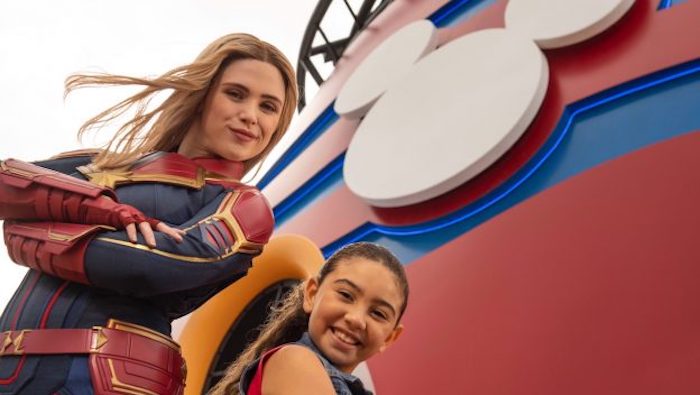 Marvel has such an avid and global fan base, and Disney appreciates the value of great fans. It was important to Iger (and Disney and Marvel fans) that the two companies kept their own brand attributes.

What did change? Marvel movies were previously made by three different studios. With Disney’s acquisition, the creator, marketer, and distributor of Marvel content became just Marvel and Disney.

This resulted in a lot of incredible movies, including Captain Marvel, which Iger felt was one of the greatest Marvel Superheroes ever created.

11. “In Pixar, Marvel, and Lucasfilm’s case, there was no competition. We were the only ones interested in acquiring those entities.”

Iger told this story when talking about the bidding war with Comcast to acquire 21st Century Fox.

Think about that. Disney didn’t have to compete with any other company to acquire the creators of Star Wars, Avengers, or Toy Story. Some of the best stories of the last two centuries, and no one was fighting over them.

12. “There really is no place for humor at the Walt Disney Company.”

Iger said this jokingly while you can hear folks laughing in the background.

In fact, there is a lot of humor sprinkled throughout the somewhat serious few hours of the Bob Iger MasterClass with practically perfectly paired movie clips.

Bob Iger MasterClass: Is It Worth It? 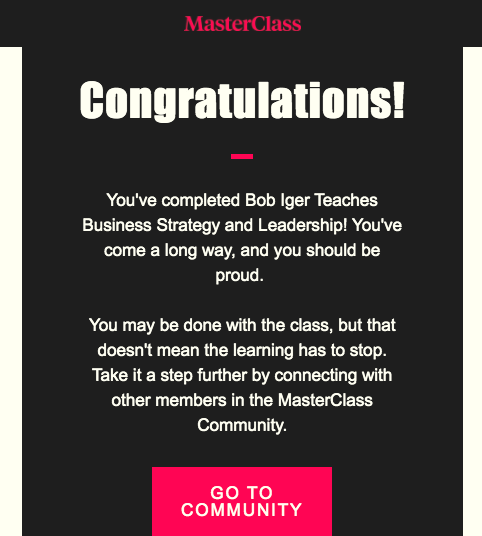 If you love Disney animation, Iger’s class is a fun way to see how they use superheroes, shoe-wielding princesses, and toys to help him tell his stories of:

As Walt Disney World is about to celebrate its 50th anniversary, this class is a magical way to look back on the last few decades and the role Iger played (beyond making the coffee) in the wonderful world that is Disney.