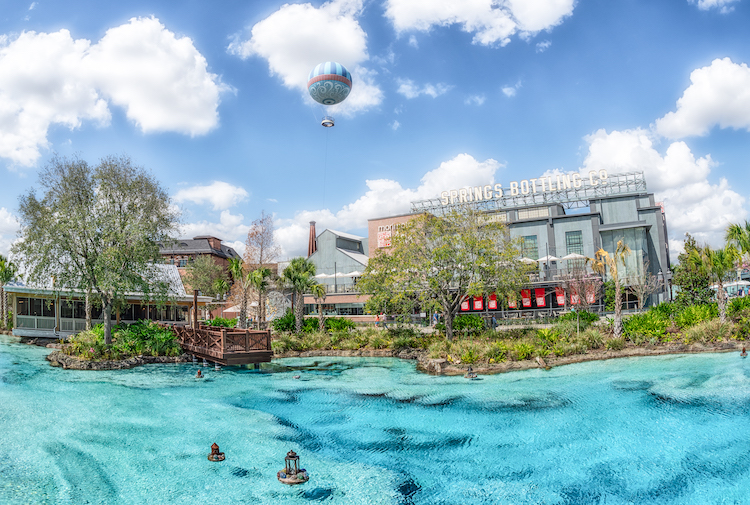 If you need a break from the Walt Disney World (WDW) theme parks, Disney Springs is the perfect place to shop, eat, drink, and be merry. But how much do you know about this shopping center? Here are some fun Disney Springs facts for you!

The shopping and dining complex is a popular place on Disney property and it’s no secret why.

There’s a range of retail locations, top-notch places to dine, a variety of entertainment, beautiful sights, yummy smells, and so much more.

Disney Springs has a lot of history and as often as I even visit, there’s so much I still don’t know. 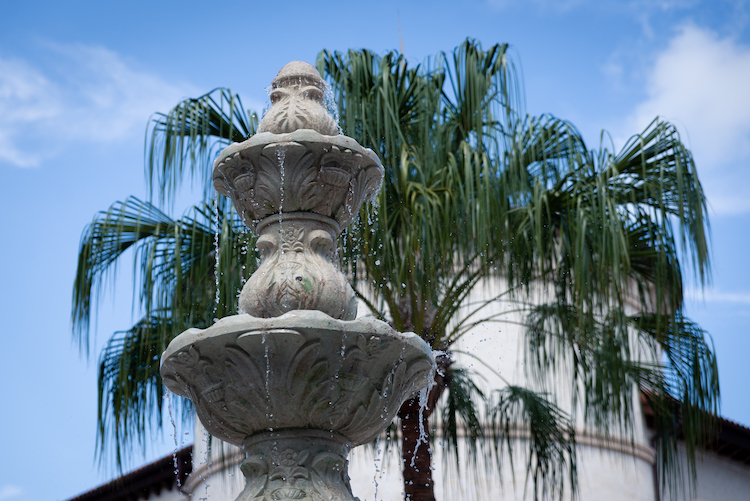 Disney Springs has a lot of beautiful views and architecture! Photo by Courtney Reynolds

That’s why I’ve acquired some fun Disney Springs facts about the hot spot that is open to not just Walt Disney World Resort guests, but anyone who wants to visit. (Remember, in these days of a pandemic, there are certain health and safety measures to follow when visiting all locations on WDW property.)

How Big Is Disney Springs?

Disney Springs is actually a big complex that covers a lot of acres and has many shopping and dining locations, so much so that brings me to fun fact No. 1:

Disney Went Above & Beyond With Details

As it goes with almost everything located on any Disney property, even Disney Springs’ details are on point, which brought Disney’s concept to life perfectly. 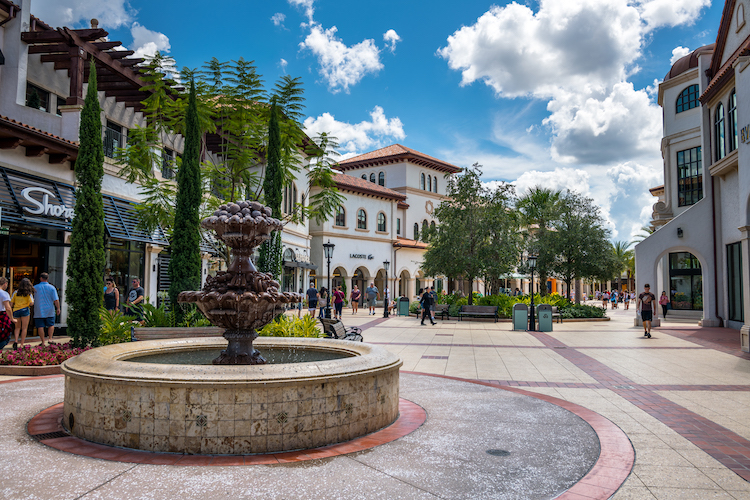 The Landing at Disney Springs. Photo by Cliff Wang 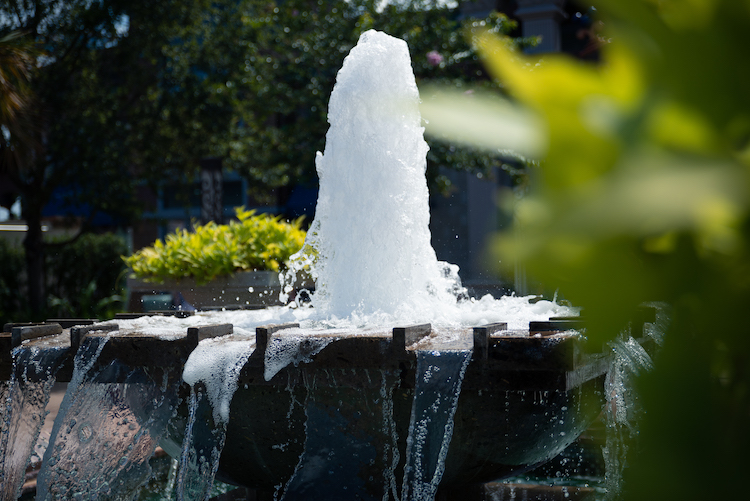 In line with the name, there’s lots of water inside Disney Springs! Photo by Courtney Reynolds

Yep, There Are Even Hidden Mickeys

Do you really think Disney wouldn’t hide some Mickeys?

There are actually many others throughout Disney Springs, so keep your eyes peeled!

The Shops, Dining, & Entertainment Are One Of A Kind

You bet that Disney has ensured the experiences across Disney Springs are only the best. 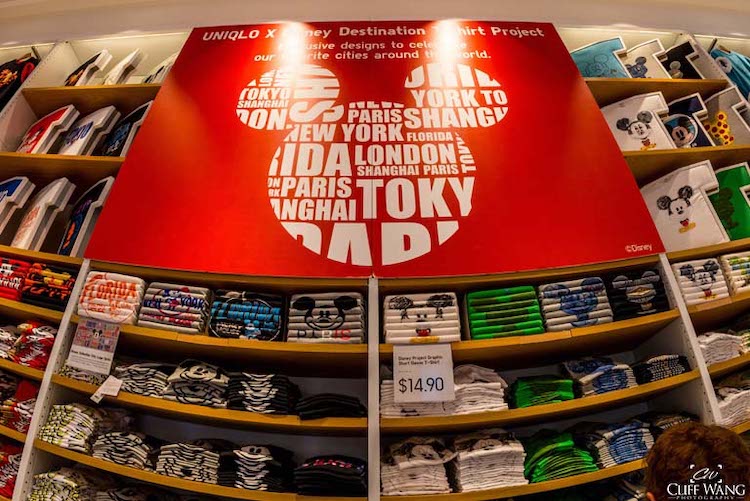 There’s A Variety Of Transportation Options

Finally, Disney Springs is very accessible, offering guests all kinds of ways to travel to it.

Speaking of the latter, you can even walk from Saratoga Springs to Disney Springs. Yes, it’s that close!

How about those fun facts about Disney Springs? Stay tuned for more Disney Springs goodness, and subscribe to our newsletter to keep up to date!