This week on WDW ESCAPE, take a journey of the imagination with us, as we IMAGINE the The Main Street Electrical Parade

For more info on WDW Escape, click here—or listen to all our episodes. Listen to today’s Imagine: The Main Street Electrical Parade episode while following along with the transcript and photos below! It all started with a turkey leg. Or, to be more accurate, a few turkey legs, and my family’s desire to snack upon same, right around where Frontierland meets Liberty Square. It had been a rich, full day, which is hardly surprising given that we had spent it in the Magic Kingdom, and even less so when you realize that it was the very first we had ever spent at Walt Disney World.

The kids were still tiny, and they had spent a long, amazing day full of new sights and sounds, courtesy of their newbie parents, who at this point were just trying to keep them on their feet until Wishes began.

Somehow, I leapt to the remarkable conclusion that this miracle would be best achieved with the assistance of massive, delicious smoked turkey legs. And I have to say, it was going pretty well.

We were sitting in a row, along the curb, doing our best to show the birds who was boss, when a Cast Member came by, laying out a length of rope right in front of us, and on down the street, headed deeper into Frontierland.

The kids hardly seemed to notice, but my wife and I exchanged a look. What could this be? The rest of the crowd was moving quickly now, filling in spaces very much like the ones we were already sitting in, on both sides of the street, as far as the eye could see.

We quickly realized that we had turkey-legged our way into the best seat in the house for the Main Street Electrical Parade.

The March Issue of WDW Magazine is the Time Capsule Issue, and is filled to the brim with the magic of joyous park days gone by. The ghosts of attractions past are one of the happiest haunts of many a Disney Fan.

Things are always changing at Walt Disney World, and for every astounding new attraction, something else is packed away with the precious memories. For every tiny princess enchanted by Frozen Ever After, somewhere there is a charter member of the “Maelstrom 4 Eva” club.

Mickey and Minnie’s Runaway Railway is astonishing and delightful, but it is hard to not shed a tear for the Great Movie Ride, and no matter how much fun Guardians of the Galaxy, Mission: Breakout turns out to be, there will always be an Ellen’s Energy Adventure shaped hole in my heart whenever I dream of sitting down in icy air conditioning for 40 minutes or so. But if there is one thing that surely everyone can agree on, it is love for the late, lamented Main Street Electrical Parade.

Delightfully corny in a way you can only match if you are trying to imagine the not-too-distant future from the vantage point of the 1970’s, it was like a massive Christmas light display and an oversized electric train set swallowed a brace of classic Disney films and pals, all set to a happy little synthesizer tune called Baroque Hoedown, which has an earworm quality that would make It’s A Small World blush, and will be in your head for days after listening to this podcast.

Everyone agrees that the Main Street Electrical Parade was something special, but the truth is we didn’t all see the same parade. The one my family and our turkey legs experienced started its life at Disneyland in California many long years ago.

It ran for decades, was on hiatus twice and played Times Square in New York City once, eventually making it to the Magic Kingdom in 1999. It went back west to Disney’s California Adventure, moved back to Magic Kingdom for six years, then returned to Disneyland, where it all started.

If you grew up going to Disney World in a way that I did not, you probably saw the second version, which debuted at Magic Kingdom in 1977 and ran there until it set sail for Disneyland Paris in 1991.

The two parades were supposed to be virtual clones of one another, but many people who saw them both have some very passionate opinions about that. This Main Street Electrical Parade was apparently sent to Hong Kong Disneyland, before it opened, where it has never appeared.

And there is a third version, which has never left the Tokyo Disney parks, and has been refurbished into “Tokyo Disneyland Electrical Parade; Dreamlights”. If a trip to Japan is not in the cards, the full parade is available on YouTube, and is pretty magnificent.

In my family’s hearts, though, no amount of 21st century technical wizardry can beat that original, corny, turkey-legged version that we saw that night.

By the time the bones were bare, a robotic voice rang out in welcome and the crowd began to cheer, and my kids began to take notice that something special was about to take over the night.

My daughter went from passively curious to high alert in an instant as Tinkerbell appeared, leading the way, in a leafy, flower-festooned balloon contraption that glowed like the sun, and was clearly powered by pixie dust.

Casey Junior came next, every feature defined by red and white stripes of light. My son was delighted to see that the train was driven by Goofy, and that the massive drum that flowed behind carried both Mickey and Minnie, waving excitedly. No waiting for the big guns in this parade.

A trip to Wonderland soon followed, with giant mushrooms, one after the next, surrounded turning, twisting turtles, snails and bees, spinning like they were teacups in Fantasyland, followed by Alice herself, waving from high atop the biggest mushroom of them all.

The crowed cheered as, with a Bibbidi Bobbidi Boo, a magnificent pumpkin coach appeared, carrying a certain Fairy Godmother, and anyone still sitting leapt to their feet when the entire royal ball followed, complete with dancers and revelers, stepping lively in the glow of an impossible number of lights held high above by royal footmen. It was then that Big Ben lumbered into view and my daughter, who was at the time passionately devoted to all things Peter Pan, seriously lost her cool.

I had been jealous earlier in the day that my wife rode Peter Pan’s Fight with her, and watching her frantically wave and cheer as Peter fought Captain Hook on a Pirate ship festooned with brilliant lights made up for it, as did her delighted laughter at Smee, following haplessly behind in a rowboat.

The hits just kept coming. Golden mine carts, a dancing, shining, Snow White, and an entire diamond mine, for goodness’ sake. The turkey legs were long forgotten, though they waved the bones in the air like cavemen as Pinocchio went to the carnival, and a massive Elliot from Pete’s Dragon lumbered into view. My son was outraged that he had never seen nor heard of this film, something we fixed as soon as we returned from Florida.

And just when it couldn’t get more overwhelming, as astonishing salute to America marched into view, as big and bright and glowing with optimism and imagination as anything could possibly be.

And maybe that is why we love the ghosts of Disney World attractions past so much. They were fun, and full of happy memories, but more than that, they carry us home to who we were on that one particular day, at one time in our lives together, and let us feel like that once more, and share a story about a beautiful parade, and some turkey legs, and all of us, together.

And that is why the Disney Time Capsule will always be worth sharing, time and time again. 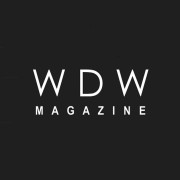